Basement Finishing Before & After Photos

Basement Window Transformation in Tennyson, IN 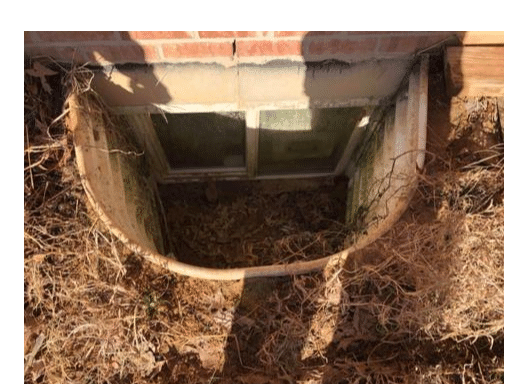 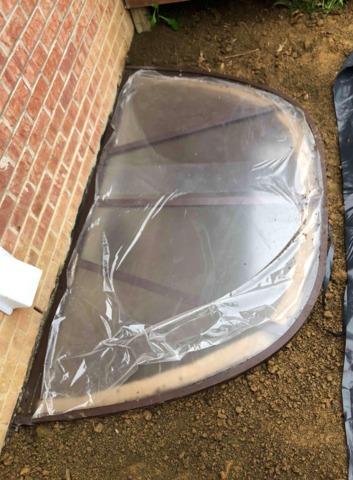 This homeowner in Tennyson, IN, knew that the reason the basement was leaking was because of a window. They were rusty, ugly, and open at the top allowing debris, rain, and gutter overflow water to sneak in. The bottom of the window well was dirt which allowed weeds to grow and mud to splash up on the window. The view from his basement was lousy and the maximum amount of natural light wasn't being allowed in.

Design Specialist, Chris Russel, was sent to help the homeowner come up with a plan to fix the windows.

A SunHouse window well cover was this homeowner's easy solution. This light-colored window well features a clear cover that fits nicely and a bottom that prevents weed growth while keeping leaves, debris, and rain out. One of the best benefits is that a lot more sunlight bounces into the basement and brightens up the space because of the light-colored bottom. 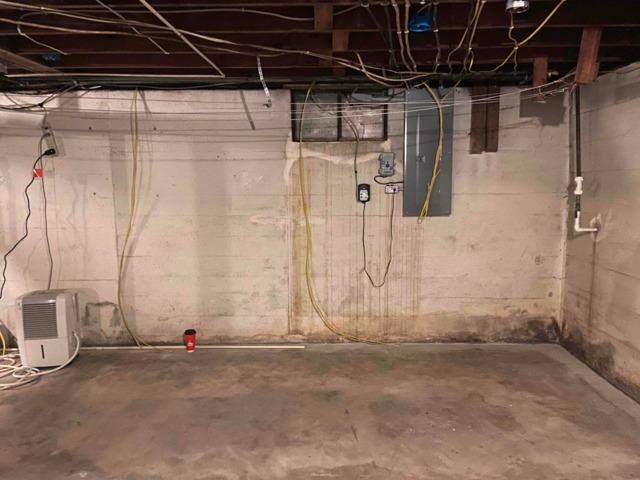 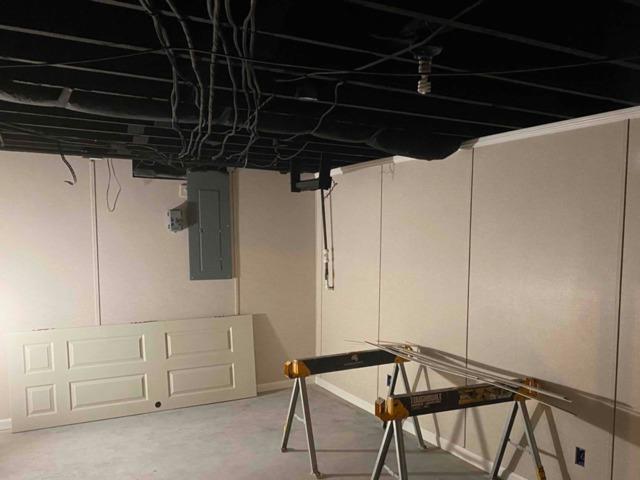 Homeowner from Bicknell, IN, previously had Healthy Spaces install a perimeter drain in his basement a few years back. He was now ready to see about getting his basement finished.

System Design Specialist, Chris, worked with him to design the perfect finished space he had been envisioning. Together they decided that Healthy Spaces would install our finished basement wall panels called EverLast. What makes these wall panels so great is they're specifically designed for basement environments! They cannot be damaged by moisture and will not support mold or mildew growth. This makes them completely different from drywall since it supports mold growth, will damage from moisture, and will lose insulation value when wet. The EverLast Basement Wall Panels are a cement board, covered with a textured washable vinyl finish, and the trim is all plastic, all installed over metal studs.

Kids accidentally draw on your newly finished walls? No problem, these EverLast wall panels can be washed or wiped down! Interested in transforming your dark, musty basement into a dry, beautiful, naturally private space? Take the first step by taking advantage of that unused floor space in your home, call or e-mail us today for a free inspection! 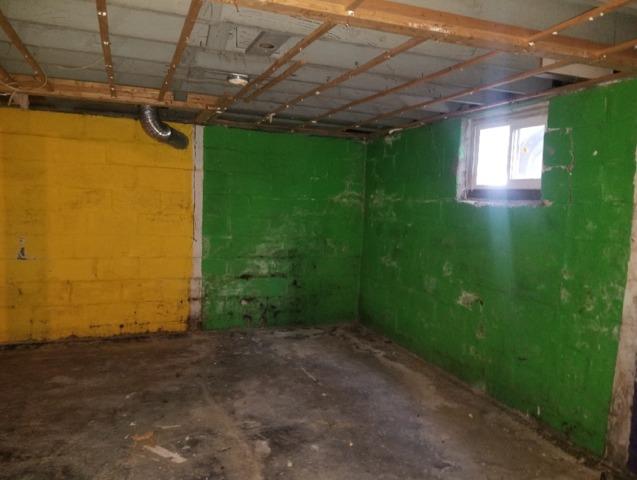 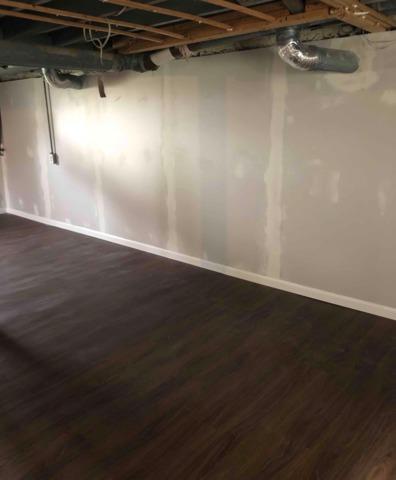 Homeowner Jared G. from Oakland City, IN was ready to make all of his basement dreams come true. With the condition of his former basement, he never went down there. Mold covered the walls, and water was puddled on the floor. The space was not healthy and it was a waste of square footage in his home. He decided he wanted a place to hang out with his family and friends and make the investment so if he ever decided he wanted to sell his home, it would be worth more.

Design Specialist, Bob Roberts, was called to do a thorough inspection of Jared's basement. In conclusion, the basement needed mold remediation and a WaterGuard system to make the basement dry. The mold was coated all over the block walls, but it was removed and treated by our crew. The WaterGuard system is a drainage system around the perimeter of the basement which drains directly into your sump pump when water enters through the walls of your basement.

For the finishing products, Jared chose to install MillCreek Flooring. These have the warm, earthy look of wood, but are all plastic. One of the great characteristics of these floors is if there is ever a leak on these floors, just fix it and dry the area, and it's good as new.

Foundation Troubles in Monroe City, IN 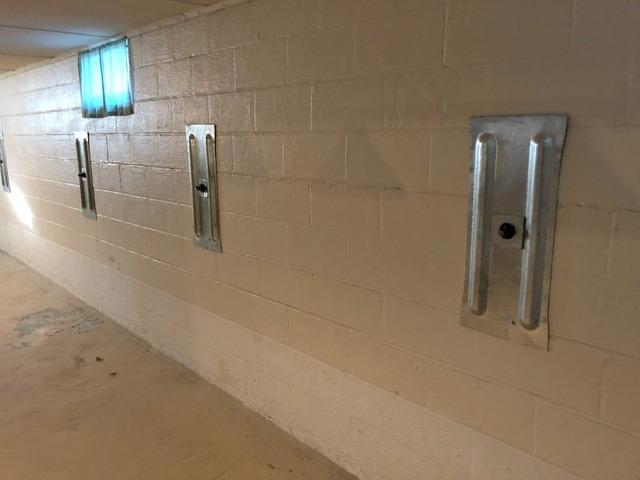 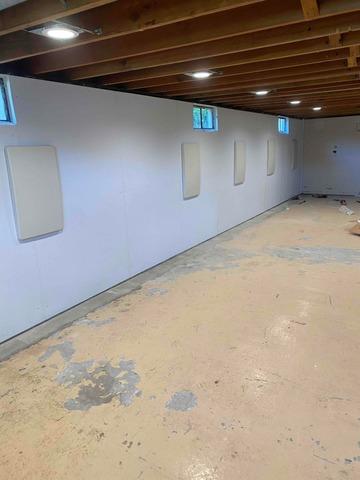 In Monroe City, IN, a couple had a horizontal crack located on one of the walls in the basement. The crack seemed to worsen within a month or two, causing the couple to reach out to us for an inspection. Upon inspection, the wall was starting to bow and needed to be permanently straightened. The problem was solved using the Geolock Wall Anchor system. Once it was installed, the couple wanted to cover the GeoLocks to make the space feel more at home.

To cover the GeoLocks, each system is covered by the GeoLock cover. Covering the system is not necessary but it does create a "finished" look to the space. 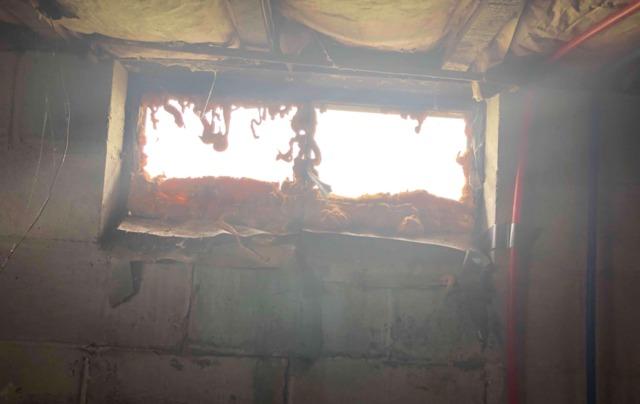 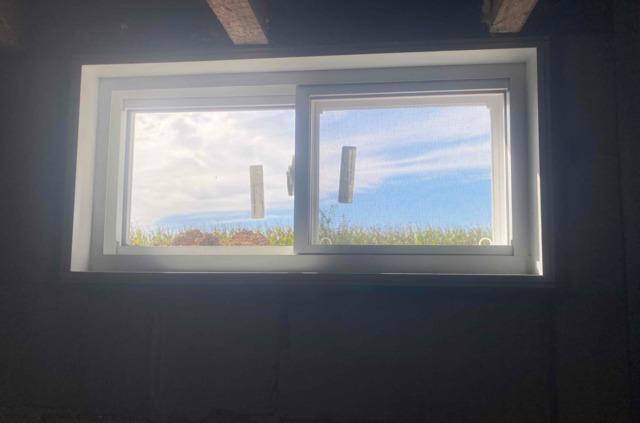 Sheila D. from Rumsey, KY was having foundation issues, and with that came issues with her windows. As you can see in the before photo, they've tried to do a DIY and keep water and wind out, but their issues weren't fixed. When that didn't work, they gave Healthy Spaces a call and when System Design Specialist, Damon Cheatham, came to inspect the basement, he recommended new EverLast Basement Windows.

These windows are energy-efficient, all vinyl, and don't let the wind in. They have double-pane glass, and never need paint which is perfect for the damp environment close to the ground. They will hold up for the lifetime of your basement, as well as improve the appearance, operation, and energy efficiency of your basement windows.