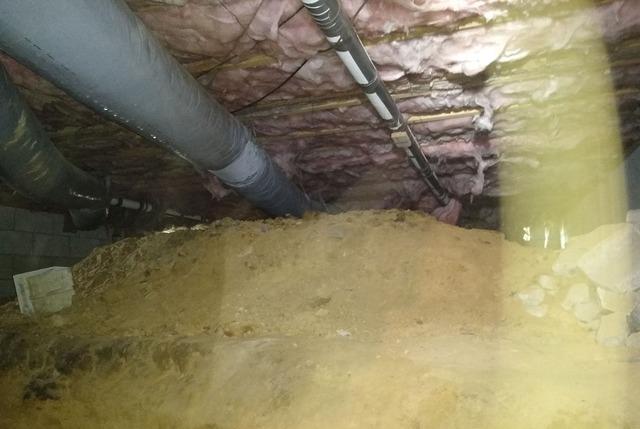 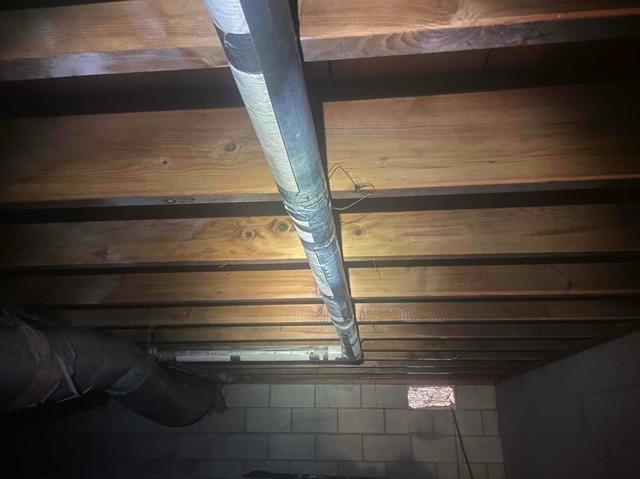 Our client in Huntingburg, IN was in the process of purchasing a new home that got flagged on the inspection report for issues in the crawl space such as the insulation was falling, moisture, and there was mold on the floor joists.

Let's first talk about the fiberglass insulation between the joists in the crawl space and the problems it can cause. The ground is constantly breathing. It takes in water during rain and evaporates back up into the atmosphere. This is the reason we install a vapor barrier under homes in order to keep the moisture down. However, without a vapor barrier, this condensation then moves up through the dirt floor and into the crawl space. The exposed insulation over time will soak up the moisture, eventually causing it to sag. And the whole point of installing insulation under the floor is to prevent cold air from the crawl space from entering the home. So once the insulation begins to sag, it causes an air break, allowing that cold outside air a direct path up through the floorboards, making the insulation useless. The gaps also allow the moisture to reach organic materials such as the wood subfloor, creating a perfect environment for mold to grow.