Winter is Here: How Frost Heave Affects Your Home 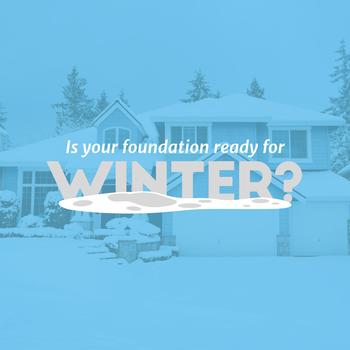 “If you don’t like the weather in Southern Indiana, wait a few minutes.”

Living in Indiana, we’ve officially entered that time of year where the temperature varies by dozens of degrees each day. This doesn’t just wreak havoc on your lungs, it could also be messing with your home.

For example, last week it was warm. But it also rained what seemed like every other day. This week, temperatures range between ’40 degrees to single-digit temperatures later this week, with the possibility of snow! This is our first week of colder temperatures, so the ground isn’t frozen yet but it’s coming. So, let’s talk about it. What exactly is frost heave and how does this affect your home?

What is frost heave?

Frost heave happens when the temperatures reach freezing (32 degrees Fahrenheit) and below, which causes the moisture within the soil to freeze. When the ground freezes, moisture in the soil expands. This causes the soil to "heave." One of the best examples is if you put a water bottle in the freezer and forget about it. Before you put it in there, you could crush it, bend in the sides, and see the water move around. After you pull the frozen water bottle out of the freezer, you notice that it has turned to ice and the plastic has expanded to its maximum compacity, not allowing any room for movement. This pushing force is like a frost heave.

This "freezing" expansion moves the soil to make room, and like most of nature, the soil follows the path of least resistance. If the expanding soil is surrounding your foundation, the concrete might be that path; concrete doesn’t seem like a low-resistance material but compared to the earth’s natural forces? It’s nothing.

From here, soil presses on your foundation wall, exerting pressure and eventually causing a crack. If your foundation already has a visible crack, this will just make it worse.

When the sun begins to shine and the frost turns into water, the soil sinks back into place, making gaps where the frost once was.

So what can you do?

Of course, you don't control mother nature, so you can't stop the frost. What you can do, though, is be observant of your home.

Foundation issues are almost always caused by the soil condition around your home. Knowing more about how this happens, what to look for, and options for repair will better equip you to keep your home a healthy and safe space year-round! 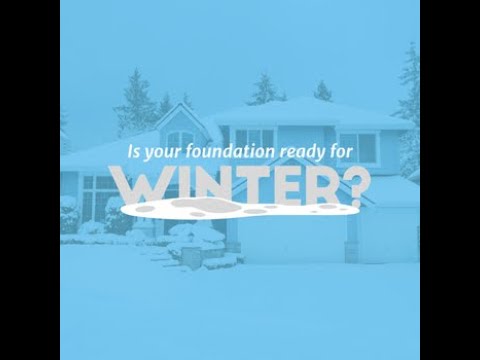 Winter And The Ways It Affects Your...
Our Sales Manager, Abe, explains what can happen to your foundation during the wintertime. Dry air is not... Watch Video
Back to Previous Page
Back to News & Events
Related Categories: Foundation Repair, wall cracks, Hydrostatic Pressure, Frost Heave, Bowing Walls