We want to let everyone know what happened when Tim, Jimmy and I (Steve) went to Connecticut for the Basement Systems convention in August.

We had a really good time! We headed out of Evansville on August 19th. The flight there was nice - it was the first time I could see how far up we were while flying.  When we landed (which I was so thankful for), we went to our hotel to check in then we registered for the convention to let them know that we were there.

Tuesday night, we took off for a drive to New York for a little site-seeing.  It was a 2-hour drive, so we didn’t get there until around 11 p.m.  I could not believe at that time of night how busy it was!  We walked to Times Square and just walked around. 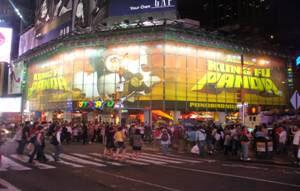 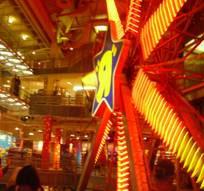 We went to the Toys R Us store and yes, we went inside!  I could not believe they had an actual, full-size Farris wheel inside! They had all kinds of toys hanging from the ceiling.  Jimmy and I got Tim to get in the Barbie house (chuckle) then yes, we had to get a picture of him! 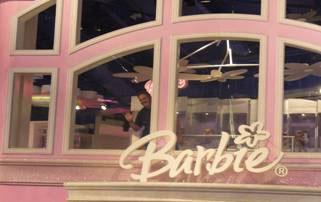 Jimmy got his picture taken with Strawberry Shortcake

and me with the M&M guy.

Afterwards we went to the Ed Sullivan Theater where they tape the David Lettermen show live and ate at the ANGELOS inside where Lettermen does live feeds from!

There it is, truly a city that never sleeps.  We got back to our hotel around 3 a.m.

Wednesday morning, we woke up bright and early for the start of the convention.  It was great! Larry Janesky did an overview of what the week was going to be about then we took a bus to Basement Systems for break-up sessions.  All three of us went separate ways so we could get the maximum amount of information and training that we could get.  That evening we went to The Boathouse and had a wonderful lobster dinner followed by an awards ceremony.

Thursday (although we had not caught up on any sleep yet), we woke up early to go to the Convention Center for a general session.  Then we were bused back to Basement Systems for more break-up sessions.  We also took a tour of their new building and learned about some new products coming out.

That evening, we went to the Convention Center where we got to see and listen to Brian Tracy, a motivational speaker. Brain was an amazing speaker!

Saturday we went to the Convention Center for the last time, had breakfast and a break-up session on how to give even better service to our homeowners.  Then we had a general session with everybody followed by lunch.  It was nice to see and spend time with all of our friends at Basement Systems.  We look forward to seeing all of you again soon.  We have made a commitment to be fully committed to the services we provide!!!

We headed back home Saturday late afternoon exhausted…  Everything went smoothly with our flight and we all made it home safely around 9 p.m. that night.  What a wonderful experience!