How Drought Affects Your Home's Foundation

In much of the country, summer means more than just warm weather. As the lush rains of spring give way to the hot, dry spells of late July and August, the clay soils beneath our browning lawns begin to dry up and shrink.

But it’s not just the soil beneath our lawns that’s shrinking. The soil beneath our homes is, too — particularly when dry periods extend for months (or even years, in extreme cases). And when soil shrinks, it creates voids — empty spaces into which a foundation can settle.

Signs of Foundation SettlementYou might expect a sinking foundation to be obvious to the eye, but this isn’t always the case. Because a foundation tends to settle slowly, you may not notice it just by looking at your home from across the street.

However, when a foundation does settle, it typically doesn’t do so uniformly. For instance, one corner of your home may sink deeper and faster than another. This uneven settlement can often throw off a house’s geometry, so its once true and parallel frame becomes skewed. And when that happens, symptoms may appear all over the structure, including: 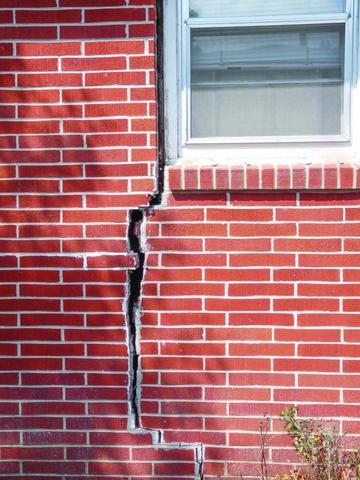 So, the next time you struggle to open a window, it may not be the window that’s the problem. It could be something happening many feet below it.

The thing is, though, foundation problems don’t get better over time. And they don’t get less expensive to repair, either. But they can typically be fixed permanently. And, in many cases, the settling foundation can be raised back to its original position.

Solutions for Foundation Settlement The best way to prevent a home’s foundation from sinking further is to physically connect it to bedrock or stable soil. And the best way to do that is to drive steel piers deep into the ground until they reach bedrock or competent soil and connect them to the home with heavy-duty steel brackets. Once this is done, the foundation can be raised to its original level.

Piers are essentially sections of steel tubing that are mechanically pushed into the soil until they reach bedrock or stable soil. In certain situations, specialty piers with fins, known as helical piers, are driven (literally screwed) into the soil to achieve the same stability.

(It goes without saying that piering is a major procedure and needs to be done by a company with a lot of experience.) 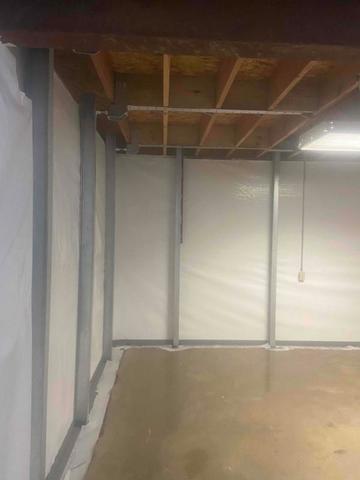 What if I Don’t Fix It?Since foundations settle slowly, it can be tempting to ignore them. After all, sticking doors and sagging floors can often be chalked up to a home’s “character,” especially if it’s over 50 years old. But as mentioned earlier, foundation problems only grow worse with time. And if left unaddressed, they can eventually lead to catastrophic foundation failure — which, believe us, is something you don’t even want to contemplate.

So, why fix it? Well, because it’s your home, for one thing. It’s where you and your family live. It’s where your memories are made. But it’s also likely your single largest financial investment, so it just makes sense to protect it. Plus, if you ever sell your home, you must disclose any foundation problems it has. And the cost of stabilizing your foundation is often much less than the financial loss you’ll take if you sell it as-is.

There’s also the matter of cost. After all, because foundation problems only grow worse with time, they’ll never be less expensive to fix than they are today.

The good news is, with modern piering technology, settling foundations can almost always be fixed permanently.