When our Shepherdsville, KY basement flooded two years ago,

I did a lot of research about how to remedy the situation. There were two basic approaches that I discovered: 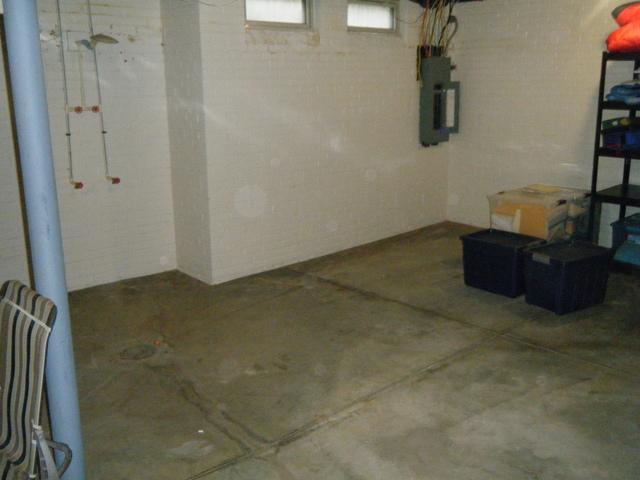 My major concerns were getting my basement dry quickly to prevent mold growth, prevent water from coming back into my basement and having a solution that I didn't have to constantly think about or replace.

Exterior Footing Drain Replacement
Through my research, I realized that there were, most likely, footing drains present along my foundation footer already. Unfortunately, footing drains clog over time. This is especially true in Shepherdsville because we have fine silty clay soil due to our proximity to the Salt River. The Salt River deposited sedimentary clay soil along its banks. Silty clay is composed of very fine particles that will compress together and clog up footing drains quickly.

I briefly considered replacing these drains until I realized what that meant--digging an 8' tall trench all the way around my foundation!

Not only would that be extremely costly, but I also discovered that footing drains are very easy to crush and that most are partially or completely destroyed by the backfilling process at the time of construction. Even replacement footing drains get crushed by the weight of the wet clay soil around my Shepherdsville home. Ugh, I couldn't imagine spending all that money only to end up with a completely failed solution!

I decided to look for a more economical solution that would last much longer.

Interior French Drain Installation
I didn't really know what a French Drain was, so I started my research by determining what one was and how they were installed. French Drains are named for the inventor, Henry Flagg French, who literally wrote the book on farm drainage that was published in Concord, Massachusetts in 1859. French drains were originally used to reroute water runoff from a sloping piece of land to be used productively elsewhere. The French drain was also quickly adapted to remove brown or gray water runoff from barns, farmhouses, and the like.

These drainage systems reached their popularity for basements and crawlspaces in the 1950s and 60s. In 1962, French Drains changed appearance to a corrugated plastic piping drilled with holes and covered in a cheesecloth-like material, then surrounded with river rock inside a channel at the bottom of the interior of a basement foundation footer. Installation teams started called this a "Rock and Sock" installation.

I discovered that French Drains also have an extraordinarily high failure rate! Just like the exterior footing drains, interior "Rock and Sock" installations are prone to filling up with silty clay and failing. Some systems clog so regularly that clients have filled up the internet with cautionary tales about old style French Drains.

WaterGuard--The Next Generation of Basement Waterproofing
What I found to be my best and most cost effective solution to basement flooding was a terrific system called Waterguard. It's the latest technological development in the Interior French Drain category, but it overcomes every shortcoming of the old systems.

If your basement is flooding and you want a guaranteed dry basement all the time, contact Damon and the other Design Specialists at Healthy Spaces today!

Cassi holds over 15 years experience in the construction, real estate, and education industries. She is certified in foundation repair technology, soil dynamics, and system design from the Foundation Supportworks Institute.