This home in Fort Knox, KY had previously had a Healthy Spaces Basement Waterproofing system installed. When the home was sold, the new owners did several renovations and added an addition. All of this significantly changed the grade of the exterior and shifted the inflow areas of water into the waterproofing. It became apparent to the homeowners shortly after the renovations were completed, that they would need to have Healthy Spaces come out to make some changes to the system. 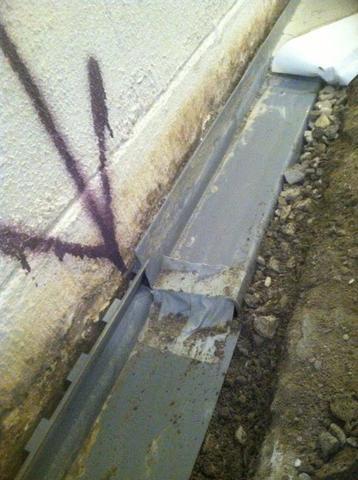 This is the repair on the back wall of the basement. They opened up the concrete to extend the 4" drainage tile so that it overlaps the Waterguard to allow drainage past the shallow portions of the concrete floor where Flowguard SS was used. This will remedy an overflow that was occurring due to a change in a downspout location and a shift in exterior grade. 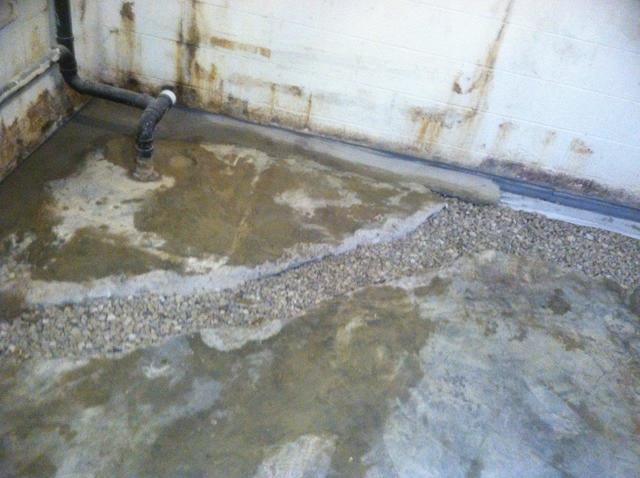 Here is the repair on the front and side wall of the Fort Knox basement. They did the same on this wall as the back wall (to allow water flow to flow from the Waterguard directly to the sump pump and bypass the lower area of the concrete where Flowguard SS was used). 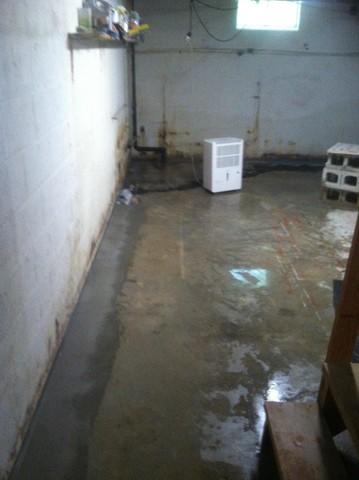 Here is a photo of the repair of the front and side wall of the Fort Knox basement. You will see where the floor is wet from us cleaning and water testing the system to ensure everything is working properly. This also allowed the installation team to have a cleaner surface to pour concrete the following morning. 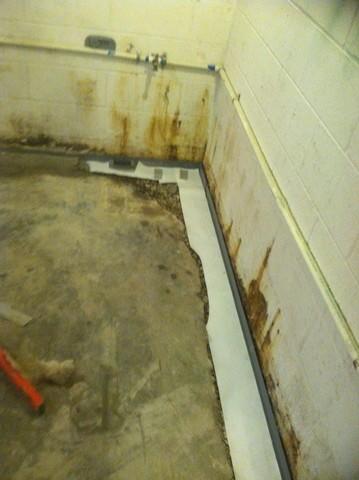 An additional two sections of wall needed to have the Waterguard waterproofing system installed because groundwater was now being directed along the Garage. Total installed footage was 24' of Waterguard along the wall between the basement and garage. 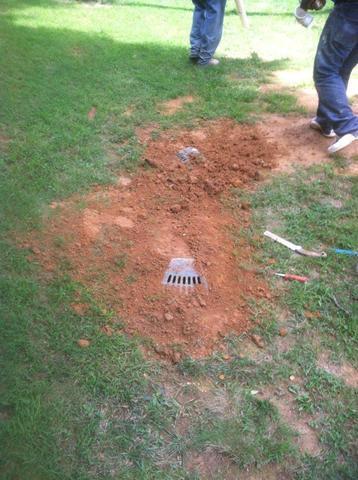 The Lawnscape outlet was moved to ensure the water doesn't back track from the main line into the other line in the TripleSafe. 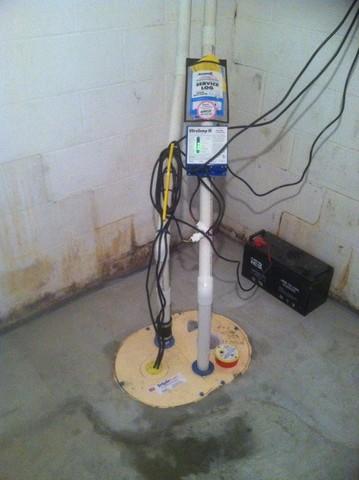 One of the areas of the waterproofing system that really makes water removal possible is the sump pump. In this case, the TripleSafe Sump Pump had not been properly serviced in many years. The new homeowners noticed that after their renovations, the pump began to drip. Here you will see the sump pump fitting that had a drip was replaced. The system was flushed and properly maintained. The homeowners also signed for annual maintenance. 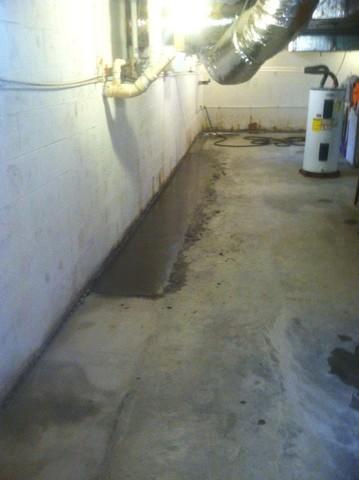 Here, you can see that the reconfiguration was completed and the area was washed and cleaned to insure that the homeowners had a nice basement at the end of it all!