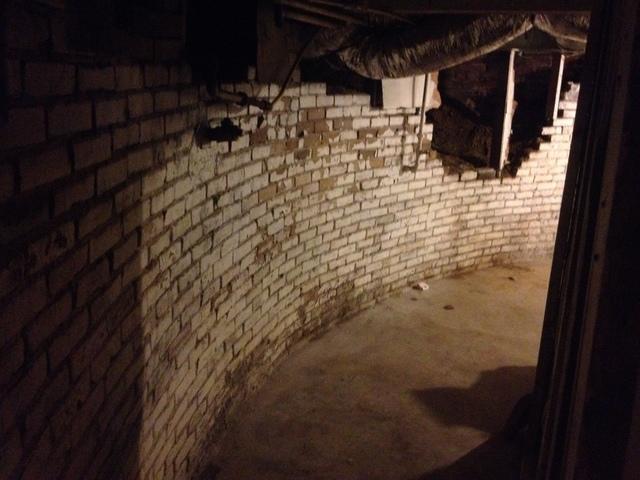 One of the drawbacks of a flooding basement is that the basement becomes unusable.  It becomes dark, dank, smelly, and all together unpleasant.  No one wants to hang out in a basement like that.  The most important thing that you can do for a basement like this is to have it restored to livable condition. 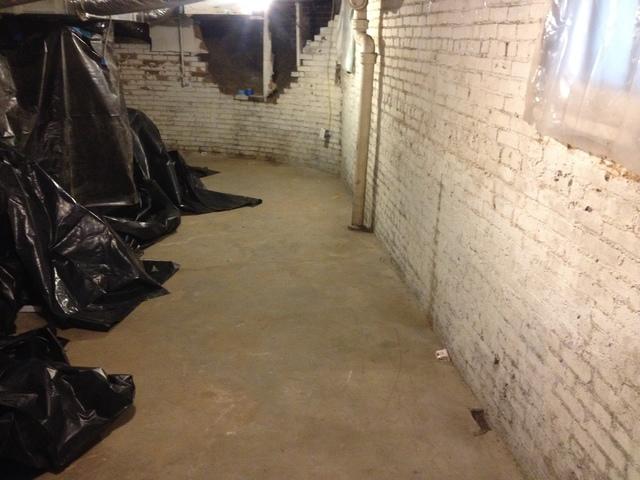 THe homeowners told Damon, a Healthy Spaces design specialist, that the window wells flood the basement when it rains, the walls weep, and water comes up from the ground. 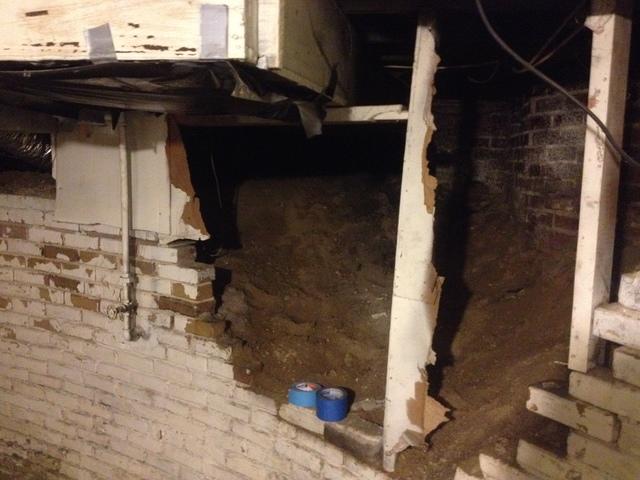 Opening to the Crawlspace in Vine Grove, KY 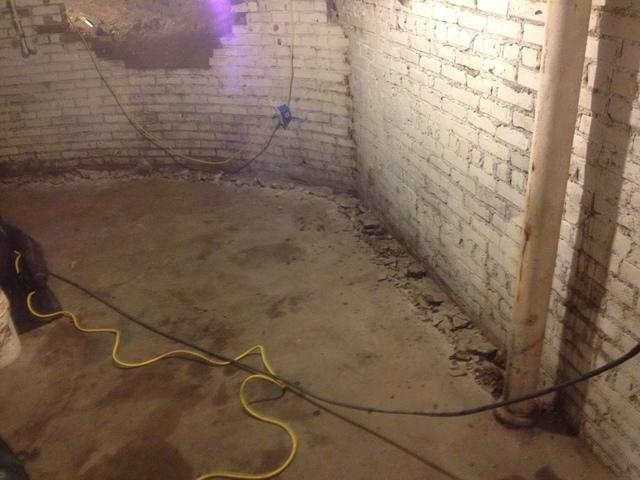 Installing Waterguard in the Basement

Here, you can see that the installation team has begun jack hammering out the perimeter of the basement to install the Waterguard perimeter drains. 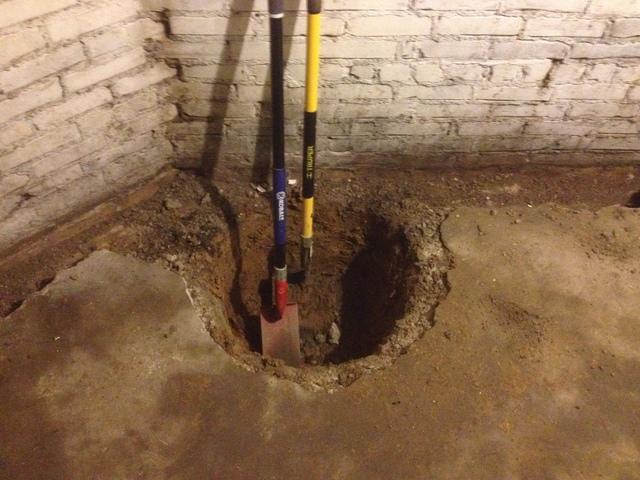 Here's the existing sump pump pit in the Vine Grove, KY home.  The last pump isn't working any more and the homeowners aren't sure how long it's been broken for! 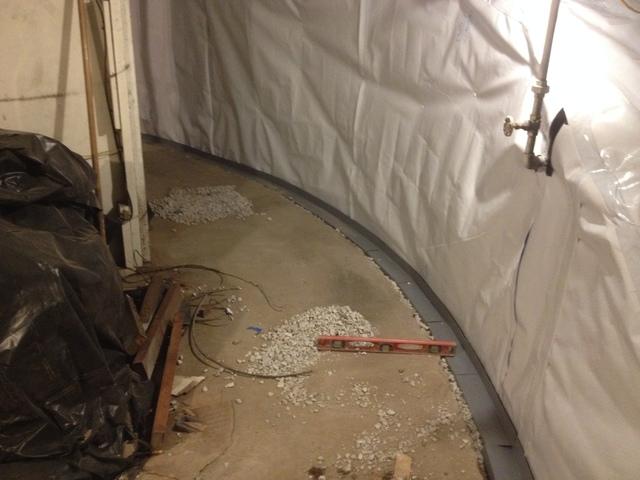 Here, you can see that the jack hammering has been completed, the debris has been removed from the trenches, and the trenches have Waterguard perimeter drainage channels placed inside. 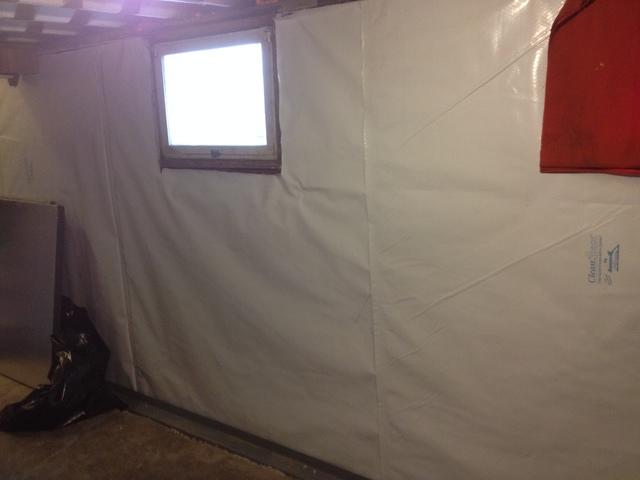 The homeowners have elected to install CleanSpace on the walls of the basement area of their home in order to direct wall and well moisture into the Waterguard drainage channels. 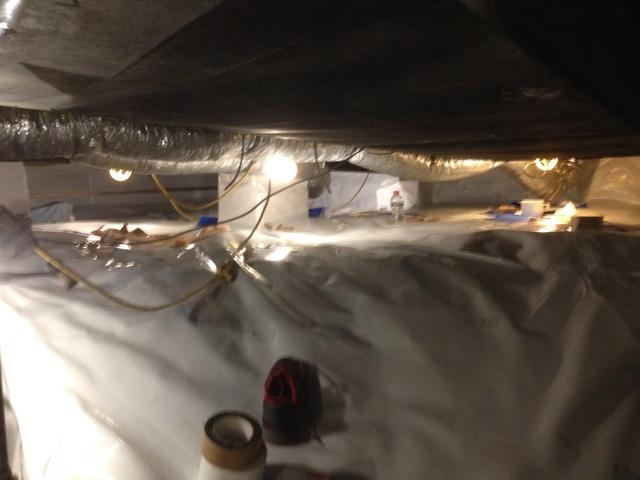