Water can be an incredibly destructive force--not just on canyon walls and exterior surfaces, but inside your home, too!  A flooding basement can strip off paint, destroy mortor and grout, lift tiles, and more!  The homeowners of this lovely Brandenburg, KY home have had to learn about the destruction the hard way--their finished basement took a turn for the worst when it flooded.  Now, they have elected to install Waterguard perimeter drainage, and ZenWall to control wall moisture issues.  Their basement will be dry all the time! 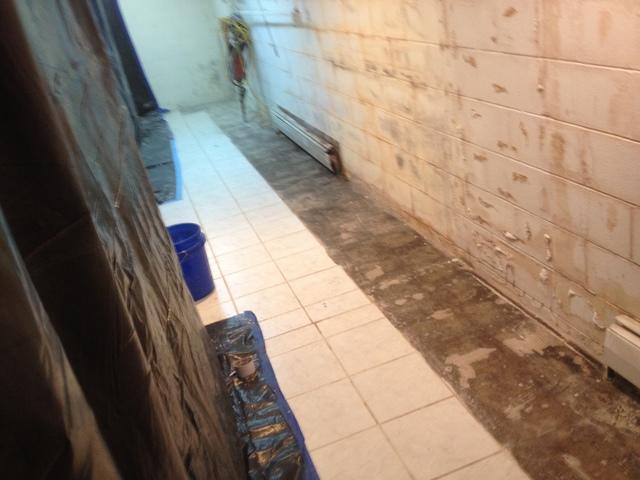 Preparing to install the Waterguard System in Brandenburg, KY 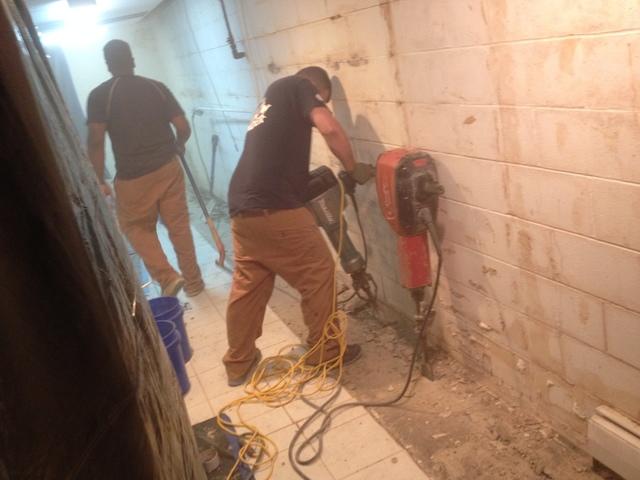 Jack Hammering out the Concrete

Here is an action shot of the awesome Healthy Spaces team in action!  THey are jack hammering out the concrete below the tile in the basement. 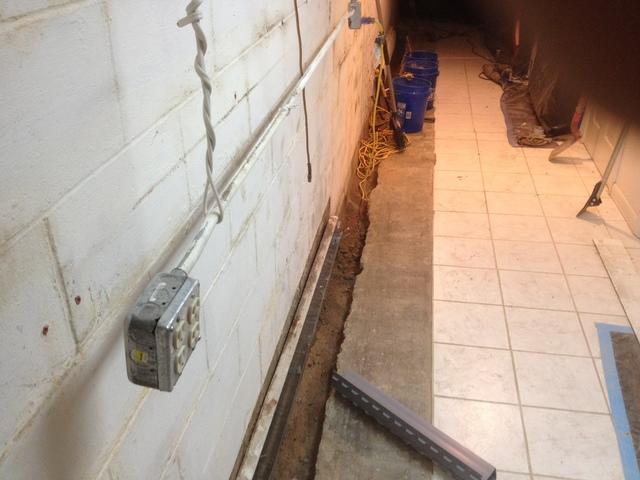 Now that the crew has removed the concrete debris and prepared the trench, they can install the Waterguard perimeter drain system along the walls.  Waterguard is unique because it can capture both floor and wall moisture and it works beautifully with Brightwall and ZenWall to control weeping walls so your basement is dry and beautiful! 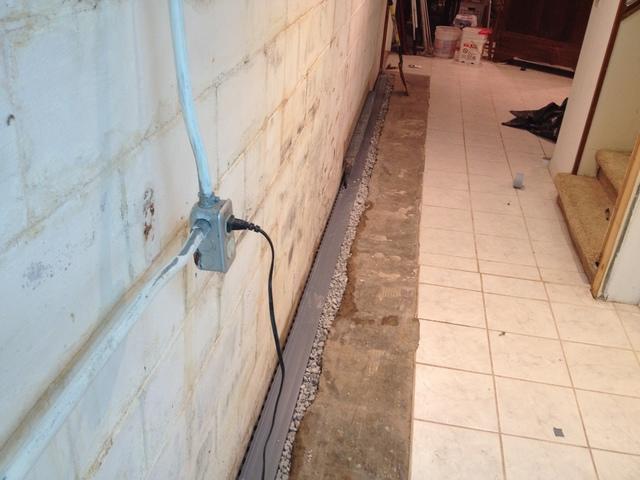 Here, you can see how the crew has placed the Waterguard segments in the trench, rocked it in, and prepared for the next step--Zenwall! 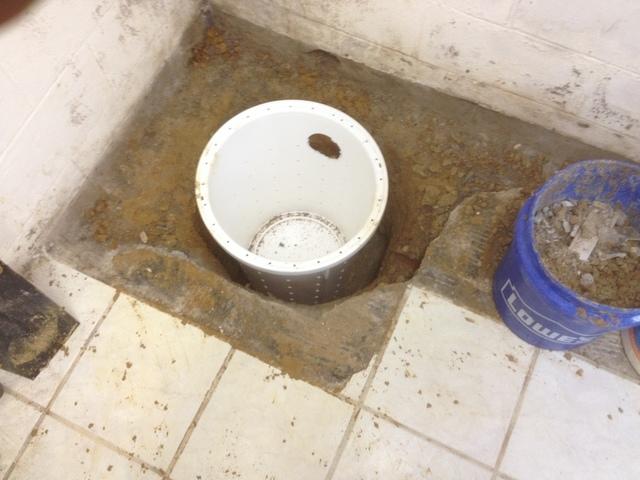 A reliable sump pump is a must for this Brandenburg, KY home

A reliable sump pump is a must for this Brandenburg, KY home because it's the sump pump system that removes the water from the basement and pushes it out and far away from the home.  The pump basket shown here belongs to a SuperSump sump pump, which will include a battery back up and Waterwatch alarm. 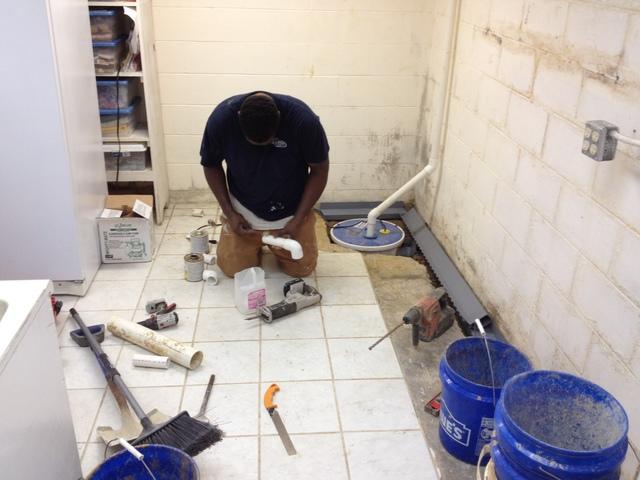 We've been asked a lot what the difference is between a pump you buy from a big box store and one that comes from Basement Systems.  The first, and most important part, is that that our pumps don't come all assembled and fused together, they must be properly installed into the system.  This allows us to replace specific components, alter the discharge system to fit the home's unique footprint, and test everything along the way. 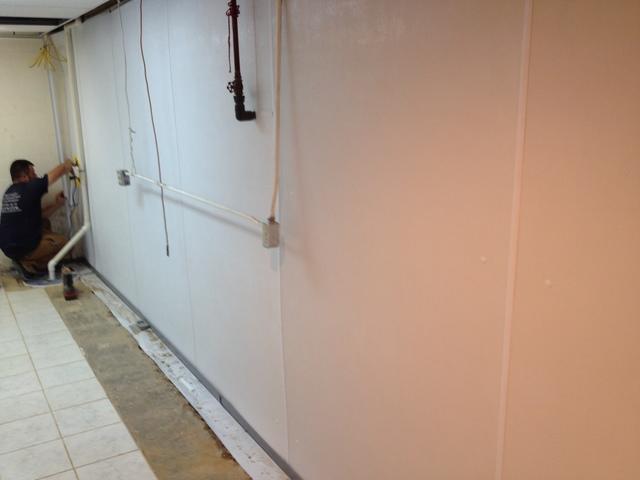 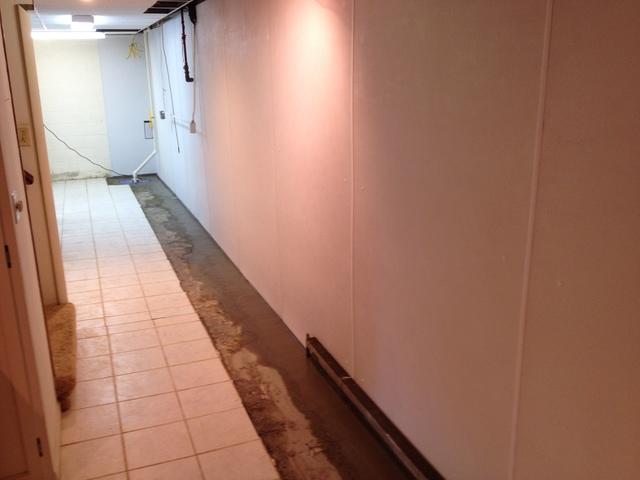 In this photo, you can see that the concrete is drying along the perimeter of the basement.  Once that is dry, the homeowner has decided to replace the tile that's currently in the basement with something new and at that point, you won't even be able to tell that the Waterguard perimeter drain system is under it!