Sagging floors are not only a nuisance, but they can also decrease the resell value of your home. After all, it makes the buyers wonder how much longer the floor will support the weight of everything on it. This leads us to two questions: Why are sagging crawl space floors so prevalant in Madisonville and what created this problem? 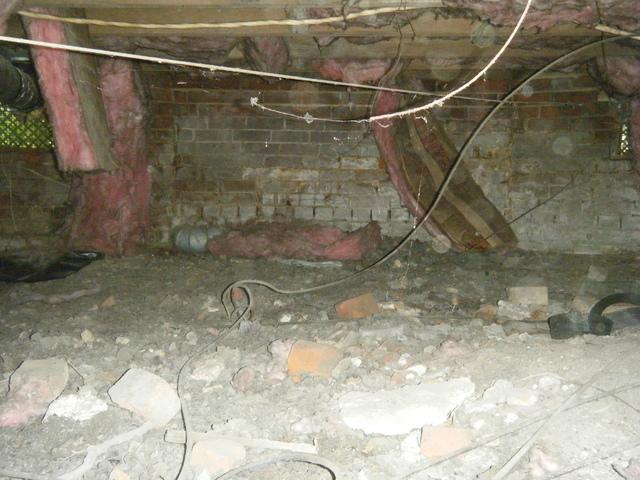 Places that are often or always damp can be hard to maintain completely free of mold--some of the most common mold growth areas are bathrooms, crawlspaces and laundry rooms. If there's some mold in the shower or elsewhere in the bathroom that seems to reappear, increasing ventilation (running a fan or opening a window) and cleaning more frequently will usually prevent mold from recurring, or at least keep the mold to a minimum.  In a crawlspace, the need is different.  It's best to seal the crawlspace completely from outside air, install a dehumidifier, and isolate the crawlspace from the dirt floor with an antimicrobal barrier. 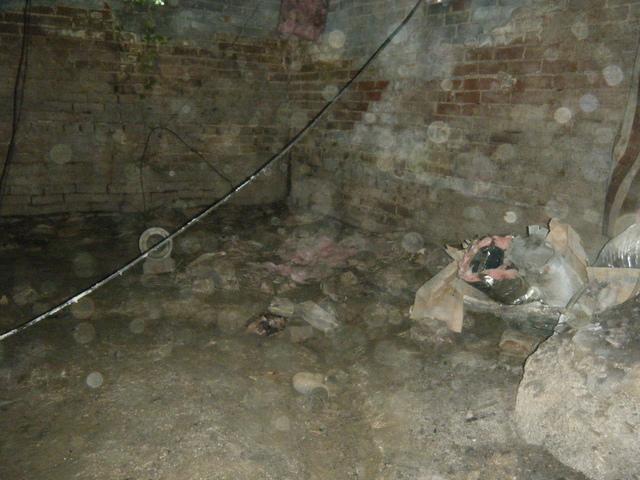 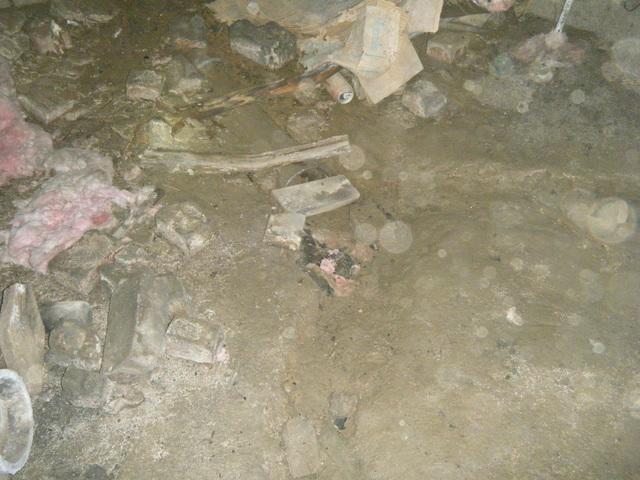 In this photo, you can see loose bricks on the ground.  this is evidence that a support post has collapsed completely or has shed bricks.  As this occurred, the girder above sags.   When the girder sags, so does the floor above it. This occurs most often in older homes, ones built prior to the 1970s, before building codes drilled down on spacing. Most of the crawlspaces in Madisonville were constructed in the 1940s and 1950s, which means that they are prone to the spacing and sagging problems. 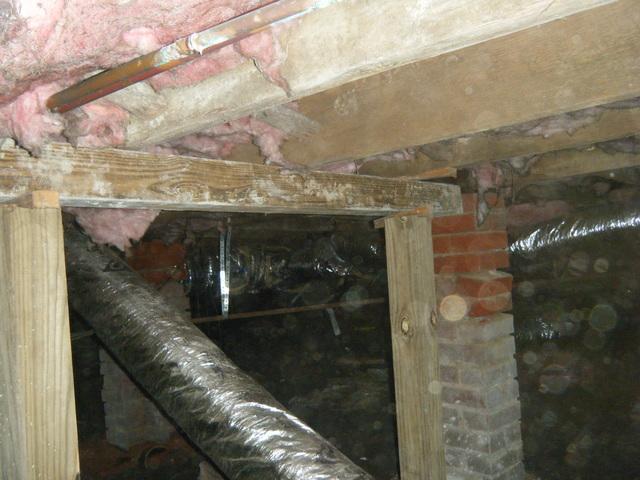 Weakened floor joists and girders due to moisture and wood rot or moisture and brick decay. Because crawlspaces are often unsealed from the earth, excess moisture and humidity is a problem. Naturally, wood begins to rot, get moldy, and become weak. The weakened girders and floor joists are unable to continue supporting the weight above, and the floor above the crawlspace becomes bouncy, soft, and saggy. The combination of moist air and a cool crawlspace equals condensation and increased mold, rot, and other issues. 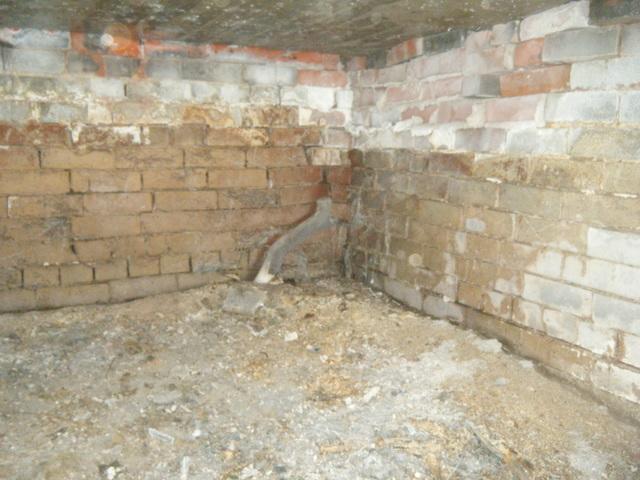 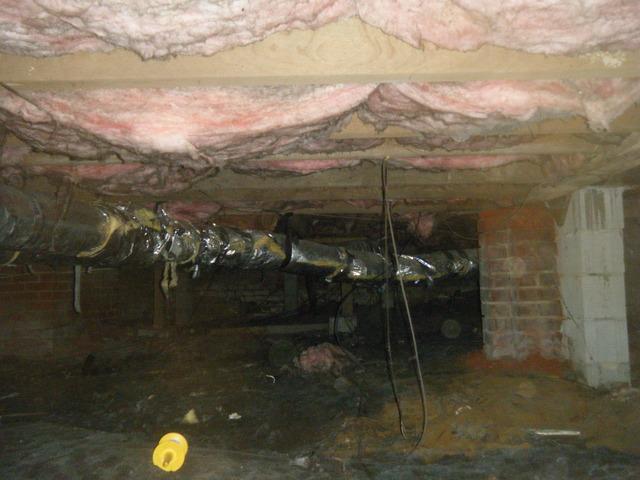 In this picture, you can see how one of the brick pillars had collapsed in the past and been replaced by a cinder block pillar. That pillar also appears to be failing and a more permanent structural telepost needs to be put in place. 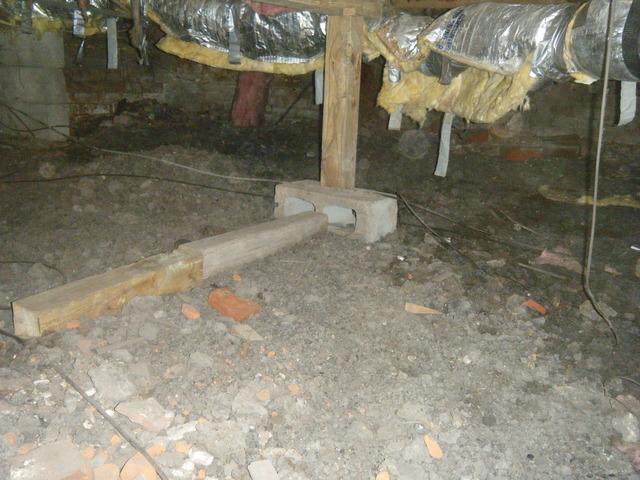 Crawlspace in Need of Support Posts

Existing columns settle due to weak soil. Weak soil can cause existing columns in the crawlspace to sink or settle, often creating a gap between the top of the column and the bottom of the girder it was supporting. Once the solumn settles, then the girder sags and the floors above sag. It's a chain reaction. This occurs throughout our area and isn't really specific to Madisonville and surrounding areas in Kentucky, although the amount of hydrocompactable soil is higher in the southern half of the state. Hydrocompactable soil settles and sinks with moisture introduction, so columns in high humidity crawlspaces often settle. In Madisonville and beyond, Healthy Spaces has the expertise and knowledge to help homeowners repair sagging floor joists and damage from excess crawl space humidity. With free estimates and no-obligation written quotes, our system design specialists are trained to notice all signs of potential structural damage that might indicate unresolved water and soil issues.