Our homeowner in Owensboro, KY, was having issues in their crawl space and after talking to their next-door neighbor, they found out that they had used Healthy Spaces previously in their crawl space and we did a fantastic job! After sending out our System Design Specialist, they worked together to design a solution that would eliminate the mold, remove all the old insulation, and completely encapsulate the crawl space. The homeowner wished to remove all the old insulation themselves which was done before our team could start working. Once that was completed our team came in and first installed a perimeter drainage system with a sump pump. Then we installed drainage matting, added insulation to the rim joists, and completely sealed the crawl space. Take look at the transformation to learn more about the problems our client was experiencing and how Healthy Spaces was able to turn it into a healthier, more comfortable space. Wet crawl space? Mold and moisture wreaking havoc? Healthy Spaces is here to help! We've been your trusted leader in creating healthy homes since 1999 and we specialize in crawl space environments.

Water on Top of Vapor Barrier

When you have water sitting on top of your vapor barrier, it's doing the complete opposite of what a vapor barrier should be doing! A vapor barrier is supposed to stop water vapor from passing through the crawl space ground, up into the crawl space, and eventually making its way throughout your home due to the stack effect. Having water on top of it is allowing all that moisture into your crawl space, which will eventually create mold and cause the insulation to fall down which is what you can see is happening here. 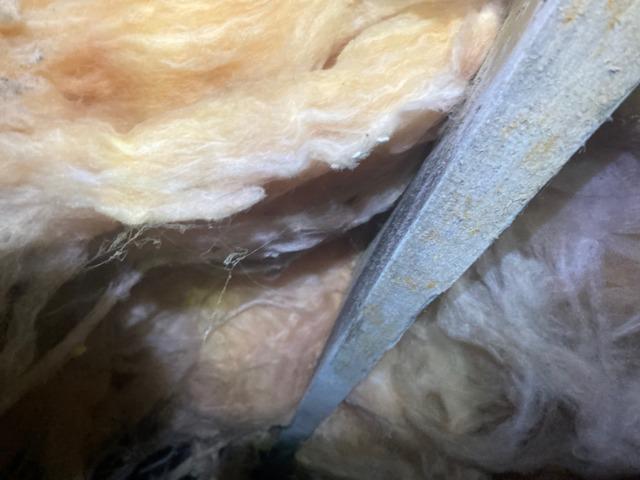 Here you can see where mold has started growing on the wood. 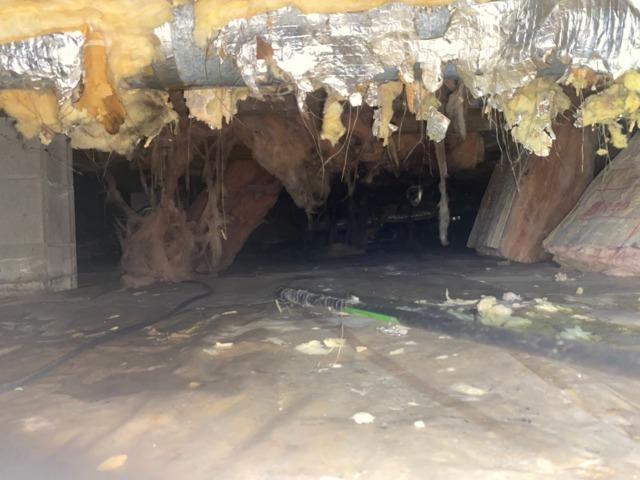 Fiberglass batt insulation used to be installed between joists and vented the crawl space so outside air could circulate beneath the house. This is the worst thing you could do for your crawl space! The cotton-like material absorbs moisture, causing it to become soggy, and it'll lose its R-value. Aside from it creating a soggy mess, the wet material creates conditions that are ideal for mold to grow. 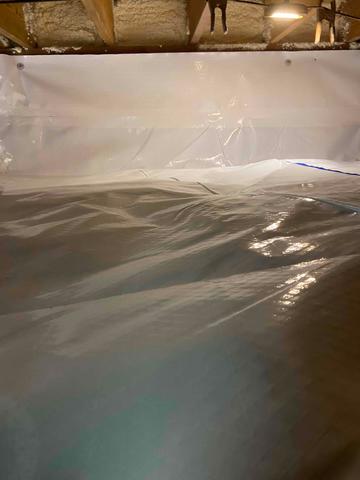 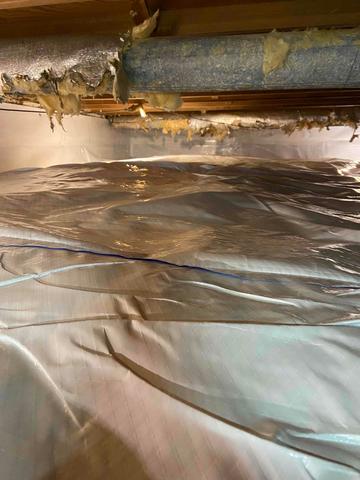 A vapor barrier slows or prevents the evaporation of ground moisture into the crawl space air. Installing CleanSpace 20 mil vapor barrier is a thick plastic liner, similar to a pool liner, that will completely seal off your home from the earth. 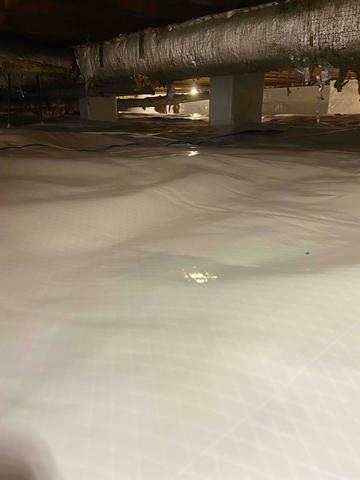 CleanSpace is bright white, which dramatically transforms your crawl space from the nasty pit it was to one you wouldn't hesitate to slide around in. 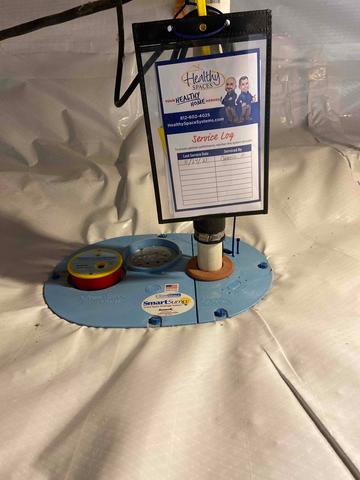 An important part of a sealed crawl space is having a reliable sump pump system. Our SmartSump crawl space sump pump comes equipped with an alarm and a battery backup sump pump should you choose to add it. It's exactly what you need to ensure a dry crawl space all the time! 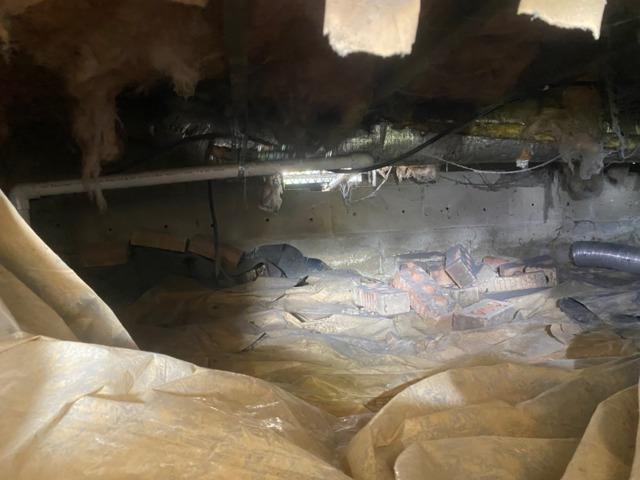 With open vents in your crawl space, it's allowing outside air into the crawl space. That outside air is unconditioned (not heated or cooled with air conditioning) and brings in heat in the summer and cold in the winter.