Basement Waterproofing in Montgomery, IN 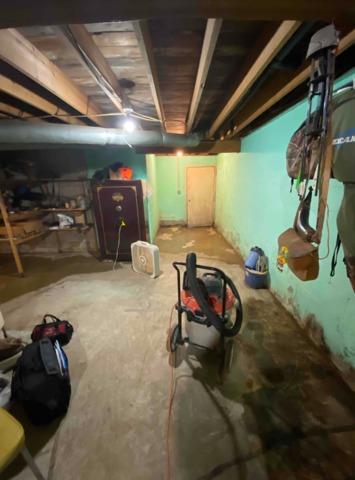 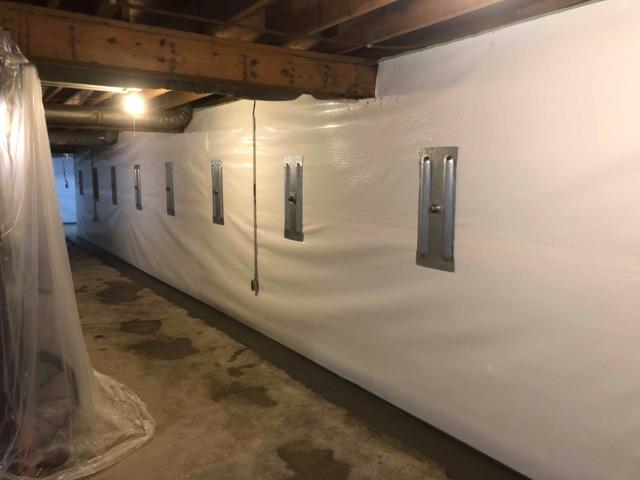 Dennis E. from Montogmery, IN called Healthy Spaces because water had been taking over his basement. When it would rain, he would be waiting for water to creep in, while the uncertainty of how much would enter his basement kept him worrying. He had a shopvac ready to soak up all of the water, as well as fans to help everything dry up quickly. Dennis and his family were ready to have their life back.

Design Specialist, Mike McAtee, was called to the job. After completing a thorough inspection of the basement, he decided that a WaterGuard system would best conquer the issues the basement was having. This is a drainage system installed around the perimeter of the basement that collects any water that may leak in. From there, the water runs to the sump pump, which is then disposed of out of discharge lines. Mike also inspected that GeoLocks were needed to help the basements foundation become stable. This system will hold the walls in their current position and can be tightened over time if needed. This will allow for improvement and straightening of the wall. Lastly, CleanSpace was installed to be a wall covering, but also a moisture control barrier just in time for the hot summer months.

When the work was finished, Dennis was very pleased with the work that was done and was happy that there won't be any more leaking water in his basement.

Wet Basement in Otwell, IN 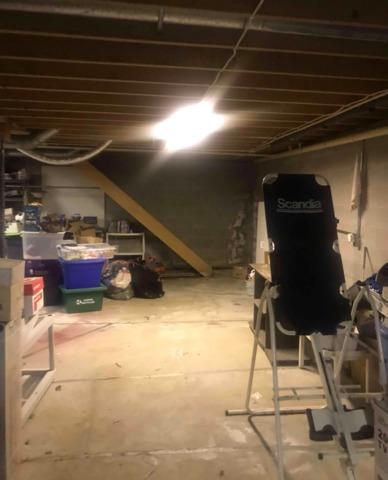 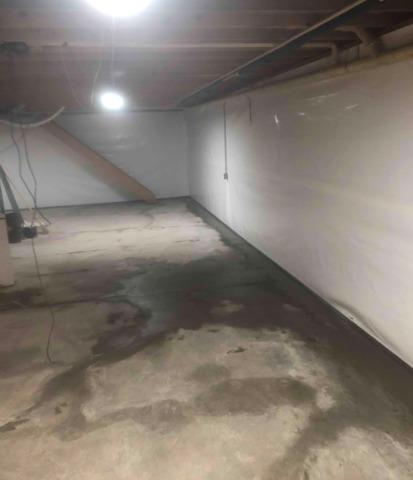 Homeowners from Otwell, IN would notice water seeping in their basement every time it rained. Not only was water a problem, but they were also having mold growth. They knew that it couldn't be healthy for their family. They finally got tired of feeling stressed and overwhelmed, so they reached out to Healthy Spaces for a free estimate.

Design Specialist, Mike McAtee, assisted the homeowners in deciding all of the necessities for a dry, healthy basement. They began the process with a fungus remediation process to make sure the spores were gone which meant clean air for the home. Secondly, they installed a WaterGuard System. This drainage system takes water straight to the sump pump and out of the basement through discharge lines. Lastly, CleanSpace was installed to give the basement a finished look on a budget.

These homeowners are so happy with the finished project and now have the peace of mind they've always dreamed of having.

Leaky Philpot, KY Basement Will be Dry ALL the Time! 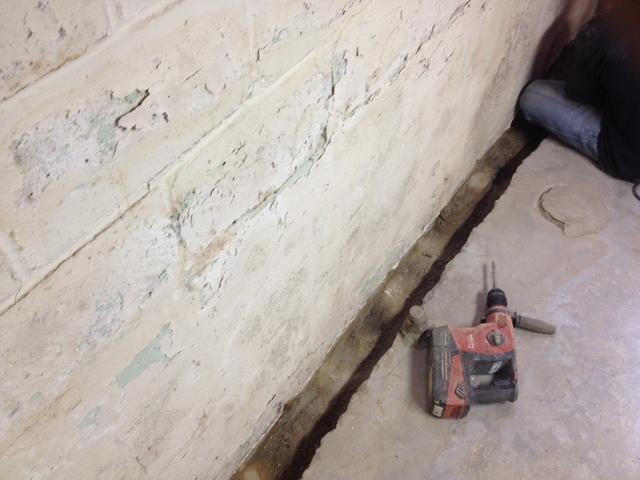 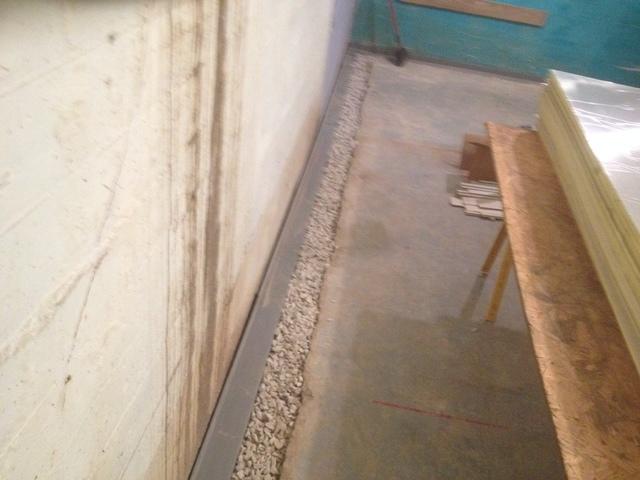 Wet basements are pretty common in Philpot and many cities in Kentucky.  With the proximity to rivers and streams, higher humidity, and an average rainfall of 45" per year, basement moisture levels are a common problem.  Increased moisture leads to mold concerns and problems with effloresence, mildrew and fungus, and increased pest activity.

These homeowners were determined to stop the basement flooding cycle by installing an interior basement waterproofing system through Healthy Spaces.

The Healthy Spaces installation team installed 179 linear feet of waterguard, a SuperSump sump pump system, and 15' of discharge line.  The Waterguard system is installed along the perimeter of the basement and has a special flange to catch wall moisture as well!  The water is directed through the Waterguard into the SuperSump, then removed far from the basement through the discharge line. 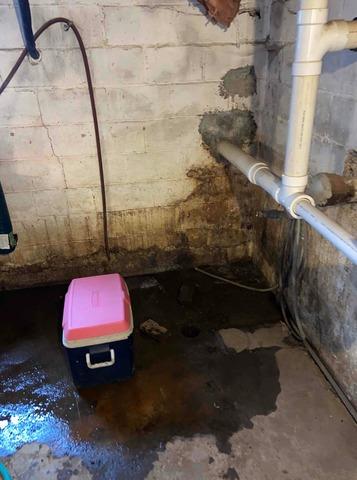 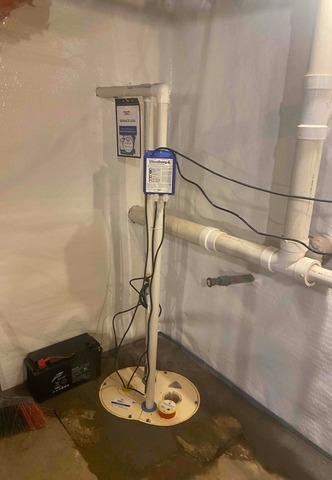 Sara's home in Gentryville, IN had a water problem in her basement. Not being able to use it for storage due to the water, she gave Healthy Spaces a call. Our team installed our TripleSafe sump pump system that comes with an airtight lid, primary pump, secondary pump, and battery backup sump pump. We also installed CleanSpace Vapor Barrier on her basement walls. It's 100% waterproof and has anti-microbial protection called UltraFresh that will prevent any mold growth. Now Sara has peace of mind knowing that she can use her basement as storage without the worry of ruining any of her belongings. 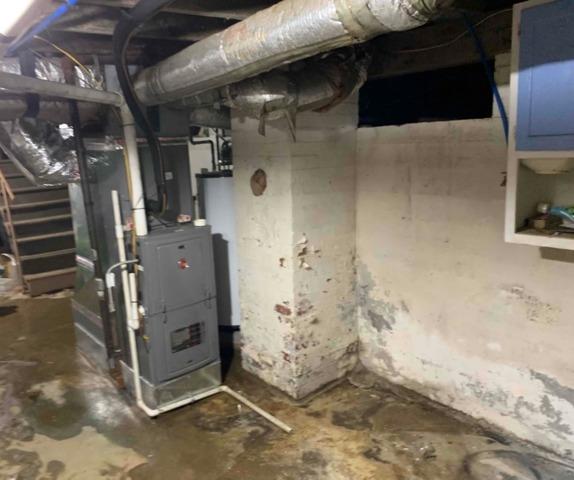 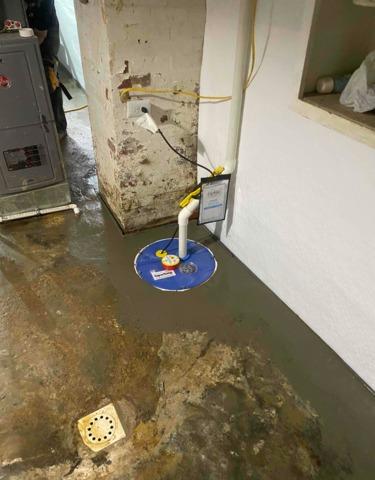 A wet, musty, basement is something no one wants to deal with. Unfortunately, this was something Ken from Hartford, KY had been dealing with for years. Ken had a small basement leaking many places along the perimeter, especially in the corners. He said it is what he calls a utility basement that covers the middle half of the house, so he decided to call in the experts at Healthy Spaces, and a Design Specialist came to his home to do an inspection.

This homeowner took the wind right out of those worries with a perimeter drainage system called WaterGuard. Our amazing crews installed this system on the footing of the home by removing a small amount of concrete around the base of the basement wall. The drain is put in place and the concrete is replaced aside from the small gap seen along the perimeter. A TripleSafe sump pump is then installed to take the water from the WaterGuard, outside, through the discharge line.