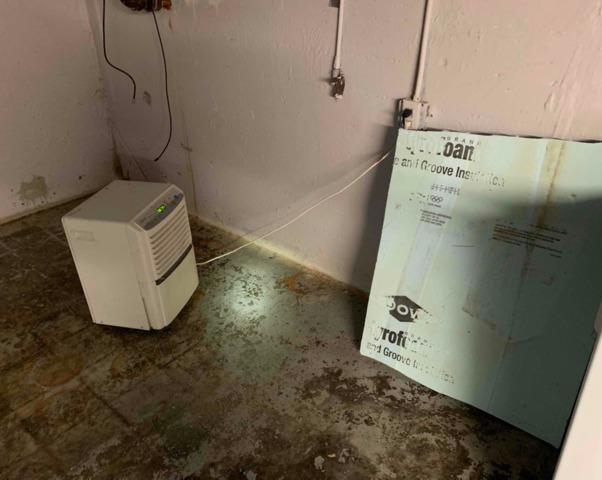 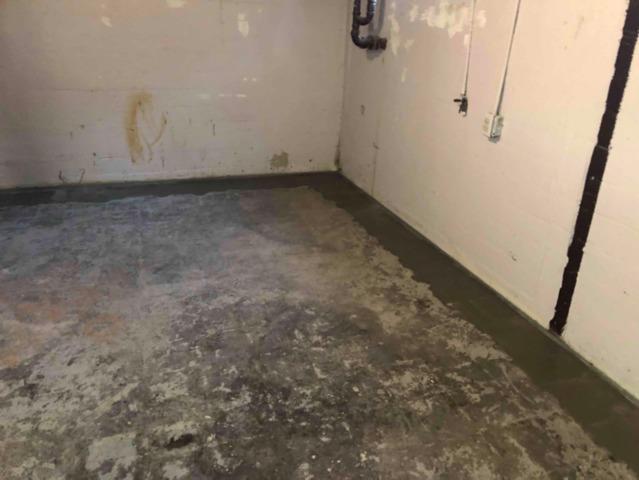 Water in the basement is never a good thing. It leads to increased moisture, mold, and an unhappy homeowner. This Owensboro, KY homeowner was feeling all of these things. She finally decided to call Healthy Spaces for a free inspection.

In this comparison, you can see how the Healthy Spaces installation team is able to direct water from a leaking basement into a perimeter drain system called WaterGuard, which is then connected to a high powered sump pump system to keep the basement from flooding. After the WaterGuard system is installed, it is hidden by poured concrete so you can't even see it. 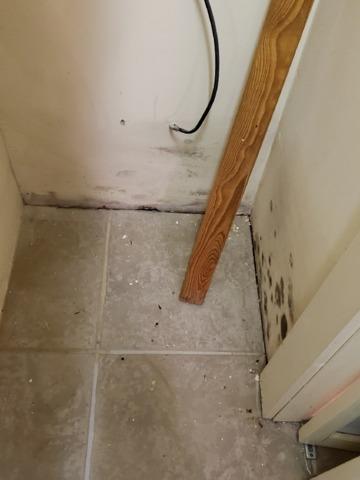 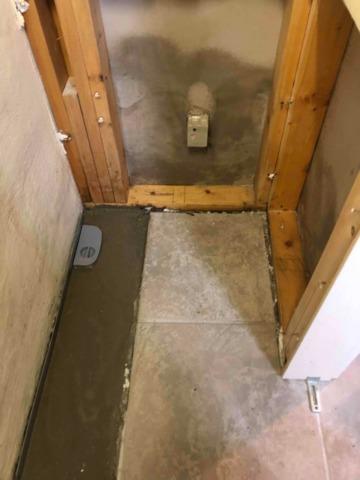 What's worse than a wet basement? These Owensboro, KY homeowners didn't know the answer to that either. With every rainfall, water would slowly creep into their basement. They bought fans to constantly run after storms to dry up the sitting water. They thought they fixed it themselves- once and for all, but unfortunately, that wasn't the case. On top of the water problems, there was also mold growth occurring because of the water intrusion that was happening.

Chris Russel, one of our certified Design Specialists were sent out to the home to inspect the basement and let the homeowners the best solution to keep water out. A WaterGuard system was the answer. The WaterGuard spacers against the wall make a neat finished look and keep dirt and debris from the floor out of the gap, while not being seen. After the water is collected through the WaterGuard system, it is taken to the sump pump where it is pumped outside and away from the home through discharge lines. 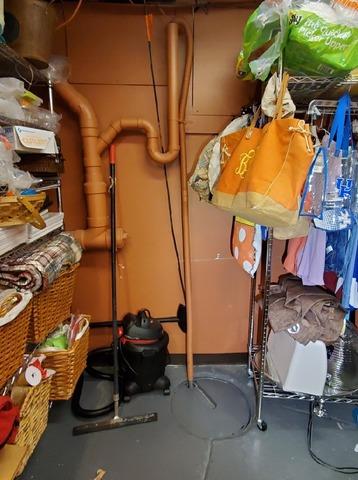 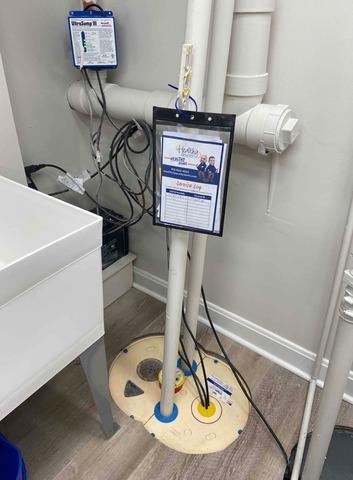 Our client in Owensboro, KY, had a basement that had been leaking for years. Not knowing where the water was coming in, he gave Healthy Spaces a call for a free inspection. Our team replaced their pre-existing sump pump with our TripleSafe Sump Pump system, which is designed to keep basements dry for long periods of time. On top of that, our service technicians can come out to the property once a year to perform annual maintenance.

Is water leaking into your basement or are you in need of a new sump pump? Your trusted leader in creating healthy homes is here to help! Give us a call today to schedule your free estimate. 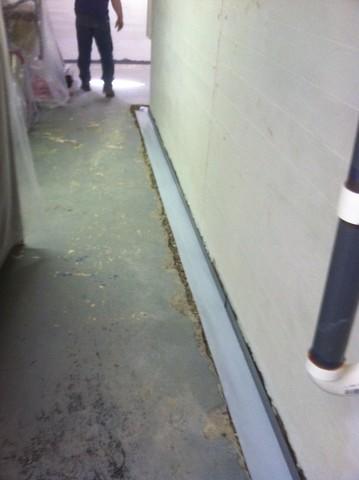 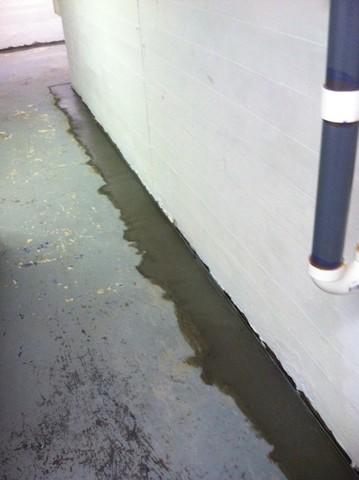 In this comparison, you can see how the Healthy Spaces installation team is able to direct water from a leaking basement into a perimeter drain system called Waterguard, which is then connected to a high powered sump pump system to keep the basement from flooding.

You can see the gray Waterguard drainage system has been placed in a trench along the entire basement perimeter. Waterguard is a unique system because it doesn't clog like traditional French drains. One of the reasons that this doesn't happen is that Waterguard sits out of the dirt beneath your foundation--it rests on the foundation footer, where it can capture both water coming in from below and water weeping in from the walls. The entire system is cemented in place to ensure a high quality finish. In fact, Waterguard is such an effective system that you can finish your basement and forget that it's there. 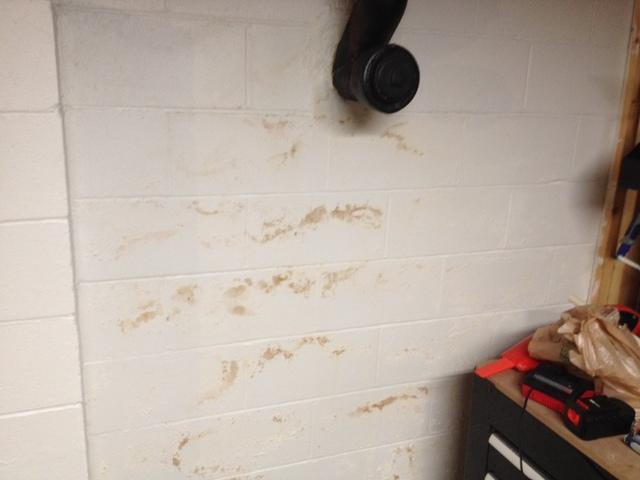 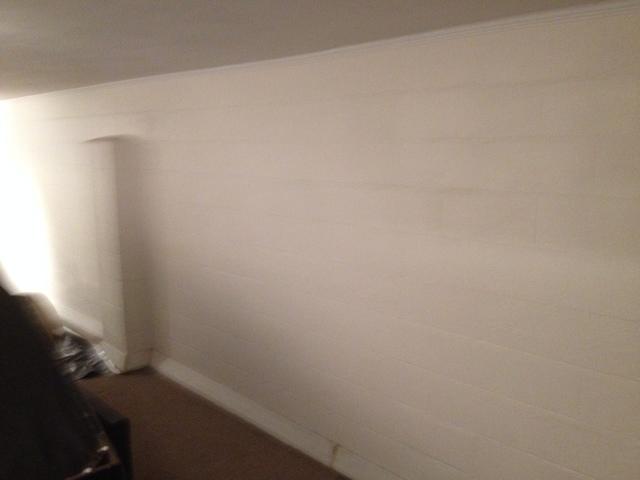 Efflorescence is a mineral build up on walls caused by groundwater seeping through concrete and then evaporating.  It can be unsightly, especially if the walls are bright white!

The Healthy Spaces installation team used Biocide to treat the walls for mold and then installed a vapor retarding treatment called Cactus Juice.  The walls look good as new!