Robert B. from Island, KY had a water leak which caused wetness in the crawlspace. He recently had noticed a smell coming up from the crawl space, allowing his home to be taken over by a musty odor. He went down to check things out himself and found his crawl space had insulation is falling down under the house. He knew this problem was too much for him to even attempt to fix himself, so he gave us a call.

System Design Specialist, Mike McAtee, came to Robert's home to inspect his crawl space and give him a same-day quote before the appointment is over. Mike noticed that his crawl space was in bad shape, and there were several issues that we could fix.  First of all, the debris was removed and the mold that was growing in the crawl space was remediated. The growing mold was one of the factors causing the home to smell. Robert also wanted CleanSpace installed, so that the crawl space stayed dry and moisture-free. To top it off, a new SaniDry Sedona dehumidifier and TripleSafe sump pump were installed. 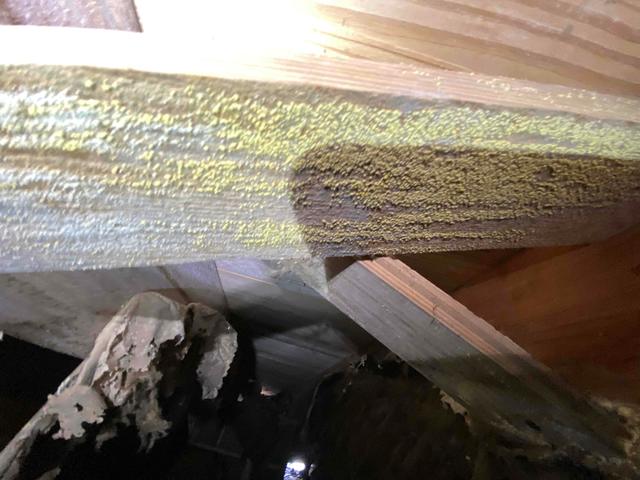 Any time there are damp, humid conditions in your crawl space, there is potential for mold growth. Crawl spaces include a wide variety of building materials like wood, sheetrock, and insulation that serve as food sources for mold. 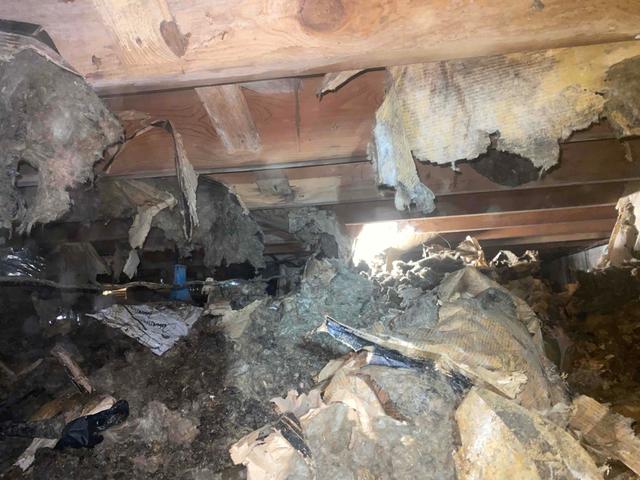 Fiberglass insulation does little when it's either not in a closed cavity or when it's damp. Also, mold loves paper facing on insulation. 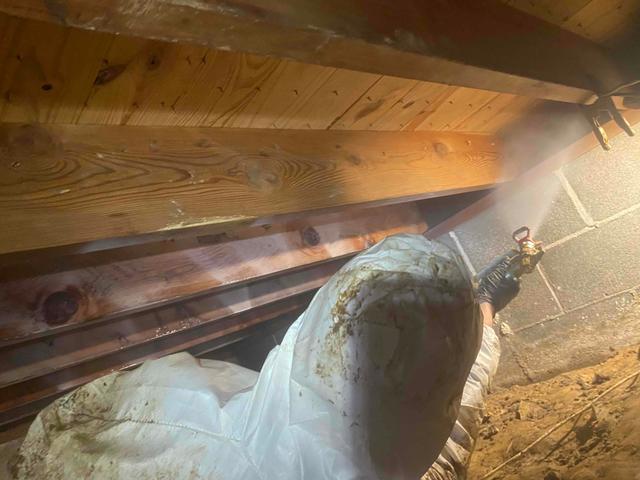 Our remediation process includes removing all mold-damaged materials, drying out the basement or crawl space, and thoroughly cleaning all surfaces. 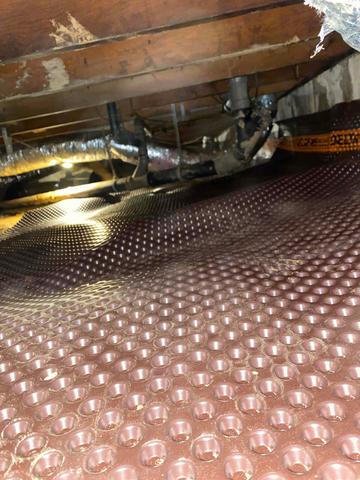 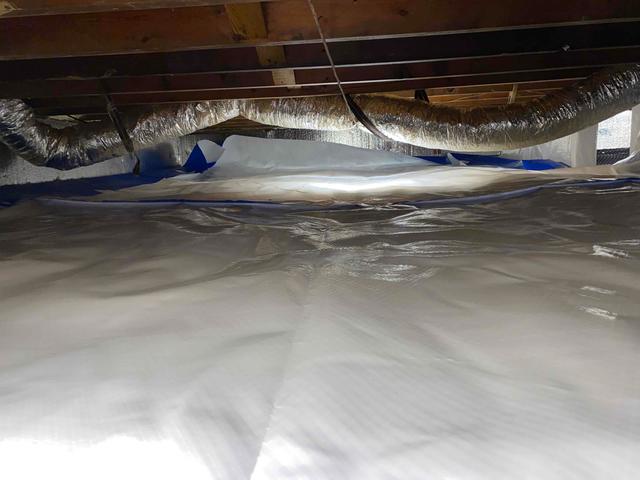 This durable, bright white crawl space liner installs on the walls and floors, preventing water vapor and humidity from passing through. By keeping your crawl space dry, you protect your structure and insulation from mold and rot. 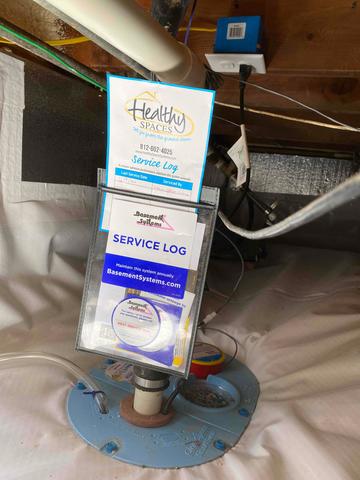 Our most reliable sump pump system, the TripleSafe Sump Pump System, provides three levels of protection for your peace of mind.

Back to Previous Page
Back to Case Studies