This Fort Branch, IN home was built in the late 1980s on a block concrete foundation.  The crawlspace has had numerous vapor barriers installed over time and the homeowners are still noticing that the home smells musty.  Recently, they went down to the crawlspace and discovered that the vapor barrier was ready to be replaced and that the crawlspace was actively flooding.  That's when they decided to contract Chris at Healthy Spaces to have a dry crawlspace all the time.

First, the installation crew removed all the old vapor barrier material and dug trenches to install the EZ Flow drainage channels along the perimeter and across the center of the crawlspace.  Next, they began installing SilverGlo wall insulation and CleanSpace vapor barrier.  The Cleanspace vapor barrier will isolate the home from outside water and air and will create a conditioned space under the home.  This will decrease the indoor relative humidity and help clear up that musty home smell! 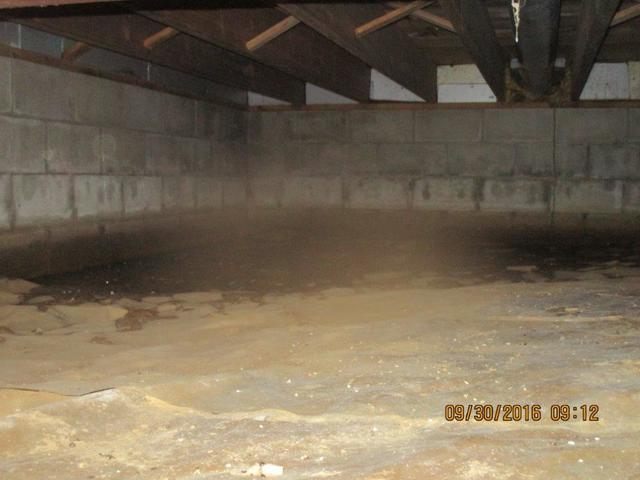 Here, you can see an overview of the flooded, muddy crawlspace. 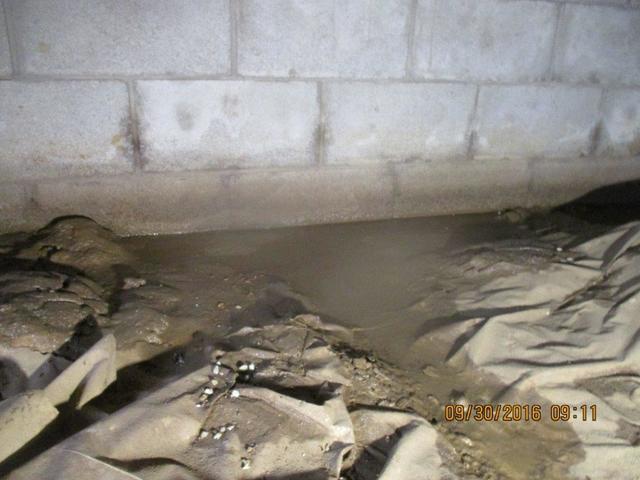 The active flooding had to be dealt with right away in order to continue the installation. 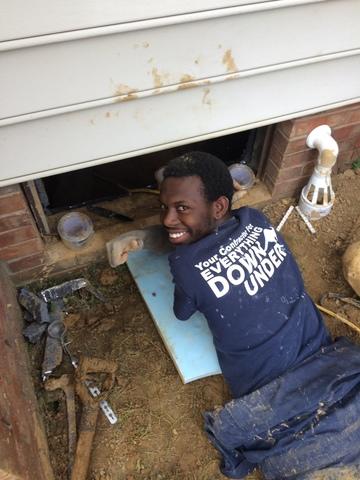 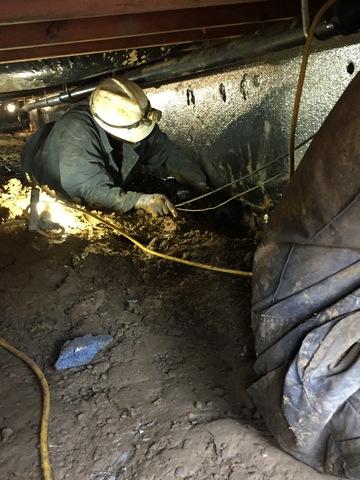 The crew began by digging trenches for the EZFlow drainage channels and installing the SilverGlo insulation to direct active wall leakage into the channels. 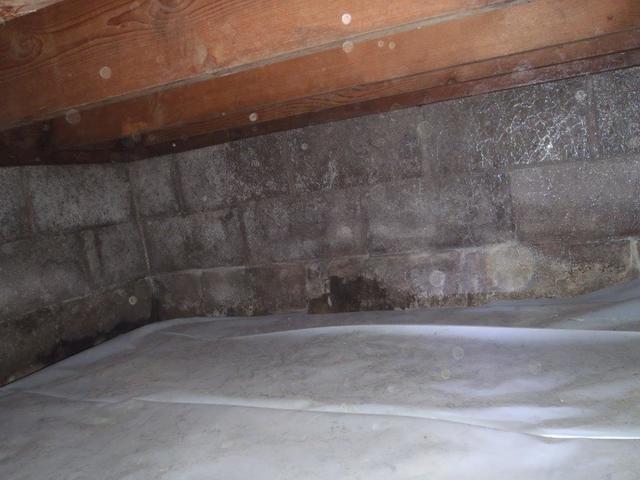