While they have lived in their house for a couple of years, homeowners in Boonville, IN, knew that water and excessive moisture in the crawl space was a problem. After receiving a ton of rain this year, they decided that they could no longer continue worrying and letting it affect their peace of minds.  After contacting Healthy Spaces for a free inspection, Design Specialist, Mike Rogers, performed a thorough inspection of their crawl space. Together they designed a system that would eliminate the water and completely seal their home off from the earth.  The Healthy Spaces team installed a TripleSafe pump system with 1/3hp cast iron primary pump, 1/2hp cast iron back-up pump, and an UltraSump battery back-up pumping system with charging/control box with alarm. We also installed IceGuard to prevent floods from clogged or frozen discharge lines.  Next, our team installed CleanSpace Drainage Matting under our CleanSpace vapor barrier. Installing Drainage Matting is important because the liner rests directly on the crawl space floor. Should the crawl space flood, water can be trapped underneath, stopping it from making it to the perimeter drain. The raised dimples on the Drainage Matting allows the water to have a channel underneath the crawl space liner. Which then directs the water flooding to the crawl space drain and sump pump system.  These Boonville, IN, homeowners are ecstatic that they now do not have to worry about their crawl space every time it rains. 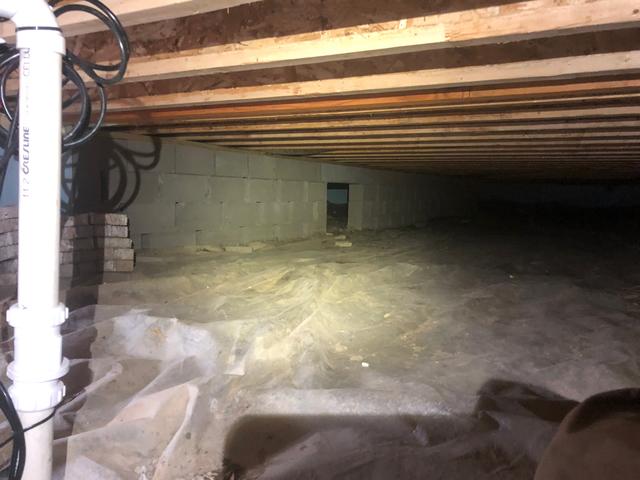 This crawl space had a 6mil polyethylene ground cover - but, because it had holes in it and wasn't sealed at the perimeter up the walls, it's not protecting the home from moisture at all. 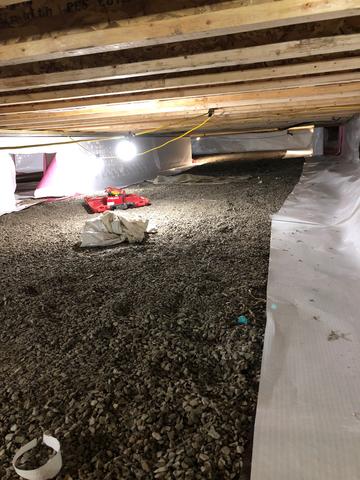 Once all the old plastic and debris was removed from the crawl space, our team began installing CleanSpace vapor barrier. 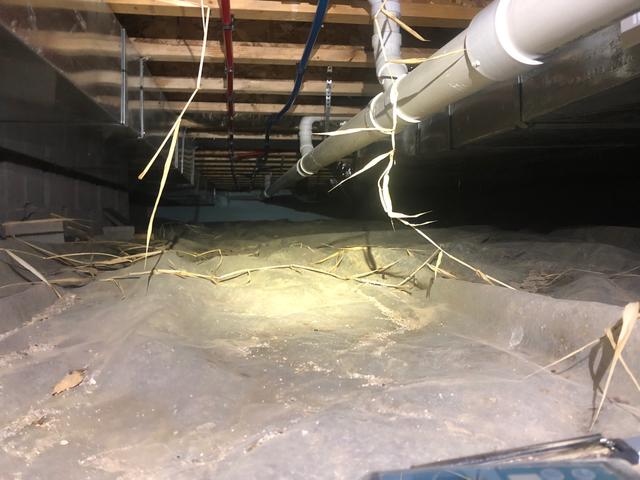 A different view in the crawl space of their previous 6mil plastic. 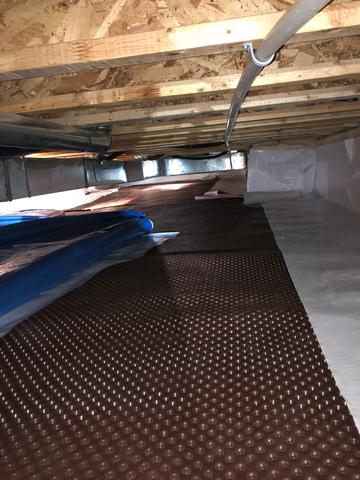 Here you can see the dimples in our Drainage Matting that gives the water flooding in the crawl space a channel underneath the CleanSpace Liner. 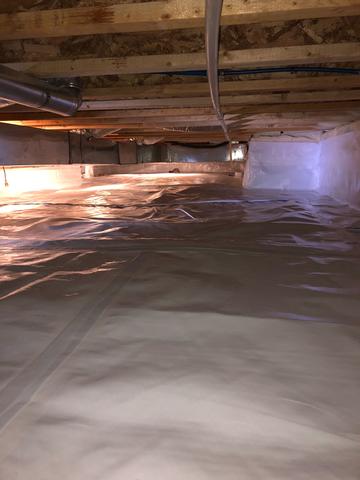 This bright white crawl space liner installs on the walls and floors, preventing water vapor and humidity from passing through. By keeping the crawl space dry, you protect your structure and insulation from mold and rot. 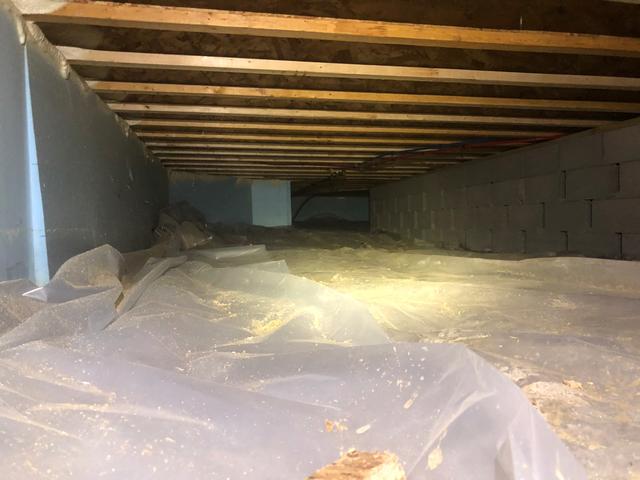 Another Look At The Interior Problems

Here is another view at the crawl space that needs attention. 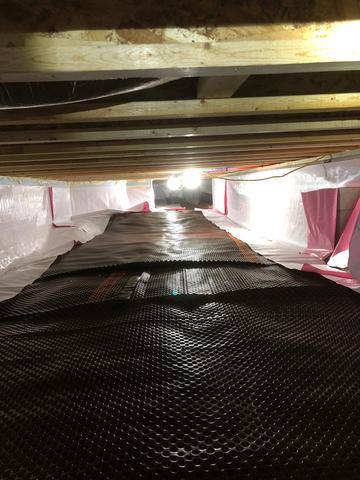 Drainage Matting is appropriate to use on crawl space floors of all types, including concrete and dirt surfaces. For areas with extra heavy flooding or unusually rough terrain. 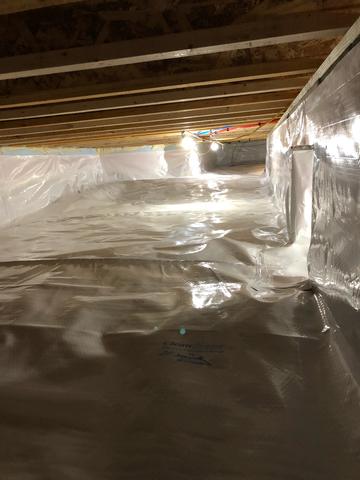 The liner also can convert your crawl space into a usable storage area. And you won't have to worry about mold or mildew ruining your belongings because the crawl space liner has an "UltraFresh" additive that's mold-resistant. 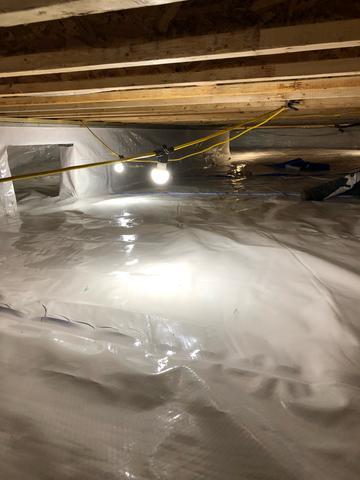 You can see a major difference in how installing CleanSpace makes their crawl space such a dry, clean area! It's a 20mil thick plastic liner, that's fitted to the entire crawl space and completely seals off the home from the earth.

"They were great and stayed late until the job was complete!"
View Review
Overall Rating:

- By Sherry W., Boonville, IN
« prev   next »
Before & After Photos: Crawlspace Entry in Booneville, KY
Case Study: Leaking Crawlspace from Recent Rain
Back to Previous Page