This leaking crawl space in Boonville, IN is similar to many in the area. It's approximately 2,400 sq ft, a 3' depth and a block wall foundation. That is typical for the Boonville area and the homeowners stated that until recently, they had not considered that the dirt crawl space might be flooded. It wasn't until the homeowners were researching a new central air conditioning HVAC system that they began to research how to decrease their heating and cooling costs. They discovered Healthy Spaces and began to learn more about the CleanSpace crawl space encapsulation system to increase energy efficiency. Imagine their surprise when they discovered standing water in their crawl space!

Where did that moisture come from? It had to come from the ground and outside air. When a crawl space has a dirt floor, the earth is often damp. This is especially true during rainy times. In this case, the dirt floor is pooled with puddles, or is flooded, the water vapor evaporates in the crawl space air. If insulation has been installed in the floor or crawl space, if it’s wet, it can get heavy and wet. When insulation is wet, it does not serve its purpose. When paper-faced insulation gets wet, it becomes a breeding ground for mold.

Outside moisture can also seep into the house through crawl space walls. How does it seep through those walls? Imperfect mortar joints, inadequate footing drains and exterior wall coatings all let water ooze into crawl spaces. Plumbing leaks in the crawl space can make these problems worse.

At this point, the homeowners have not noticed any plumbing leaks, so the focus is on groundwater intrusion is the main cause.

The homeowners have elected to have a perimeter drain system installed, as well as Cleanspace to encapsulate the crawl space. At this time, the homeowners will have their new CleanSpace system in two weeks. A mold remediation will be performed at that time as well. 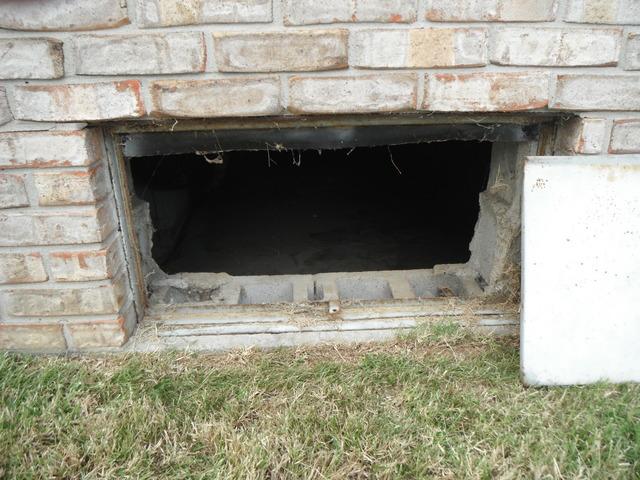 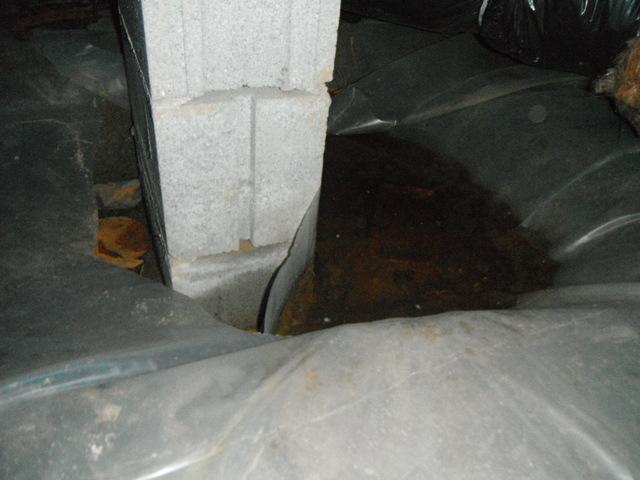 Here, you can see the standing water around the block support post. 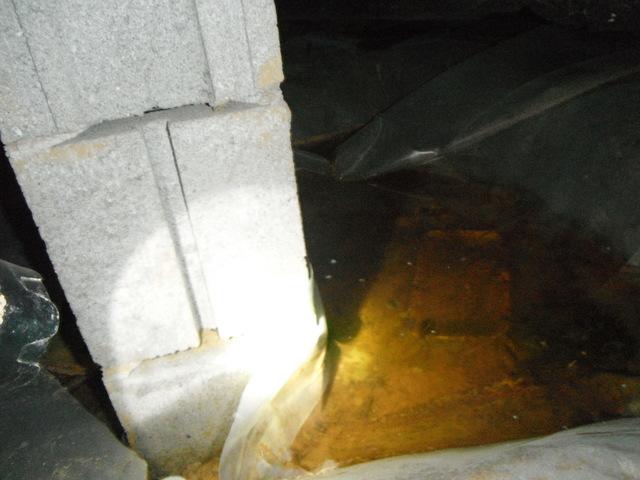 Exploring the water further, it is measured to be over 6" deep. 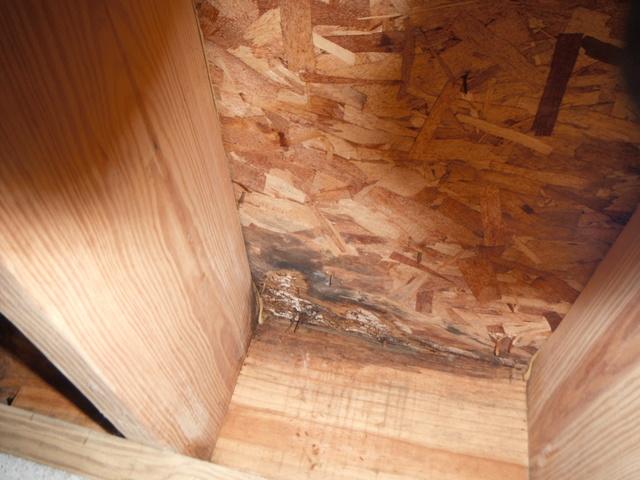 Here is the area above the support post. You can see here that there is mold present in the wood subfloor. 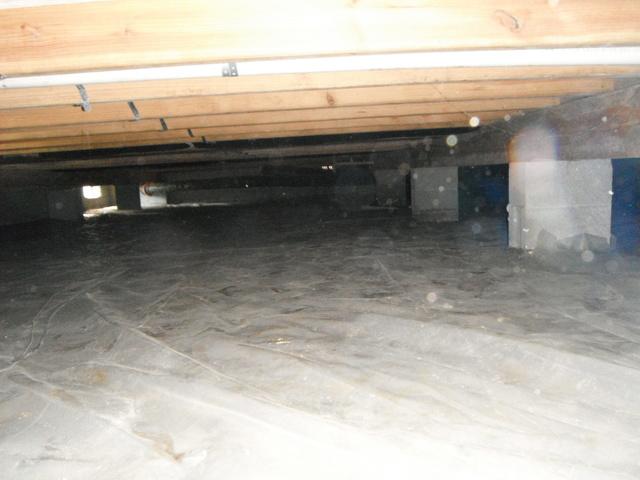 Here is an overview of the crawlspace with the inadequate plastic in place. This plastic will be removed and replaced with an engineered film system--Cleanspace. 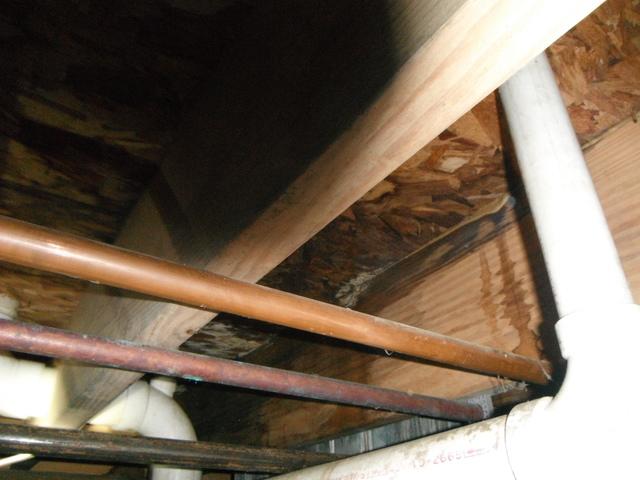 Examining the plumbing, there does not appear to be any leaking present to account for the standing water puddles, so it is increasingly obvious that the crawlspace is leaking. 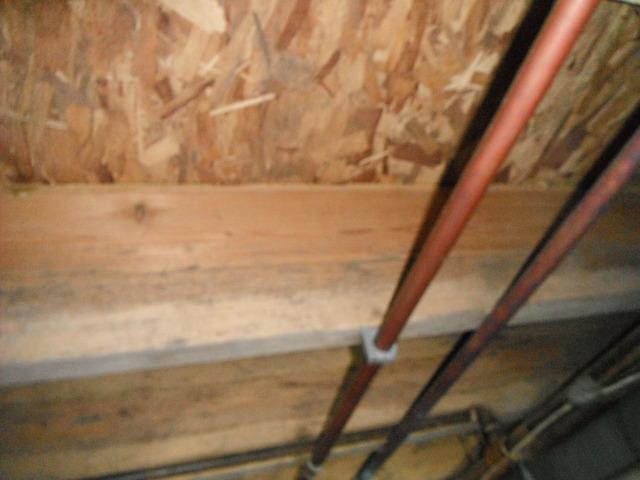 Mold spores are present in this photo as well and it does not appear to be in conjunction with the plumbing. 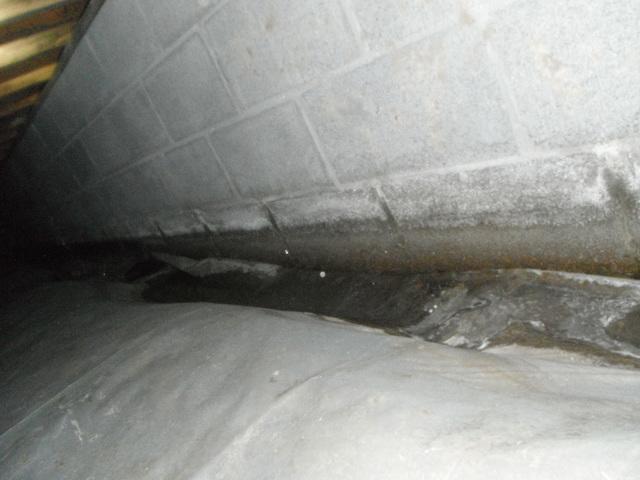 The Healthy Spaces crawlspace expert discovered perimeter water intrusion, which will be remedied by a perimeter drain system underneath the Cleanspace. 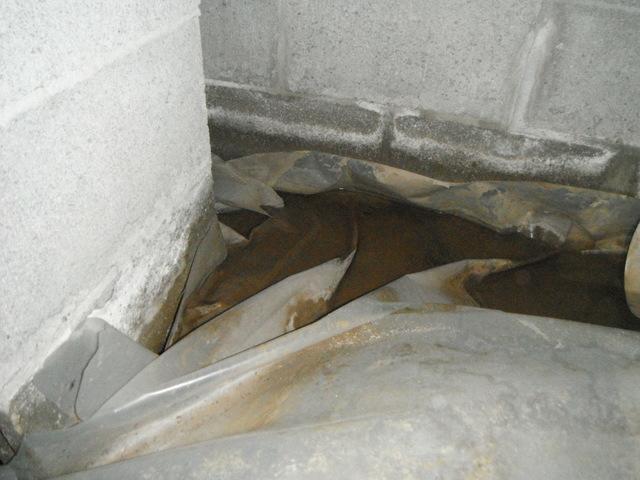 Here is water intrusion in the northwest corner of the crawlspace. The Cleanspace system will not fail like this--Cleanspace is guaranteed against water on top of the liner for 25 years. 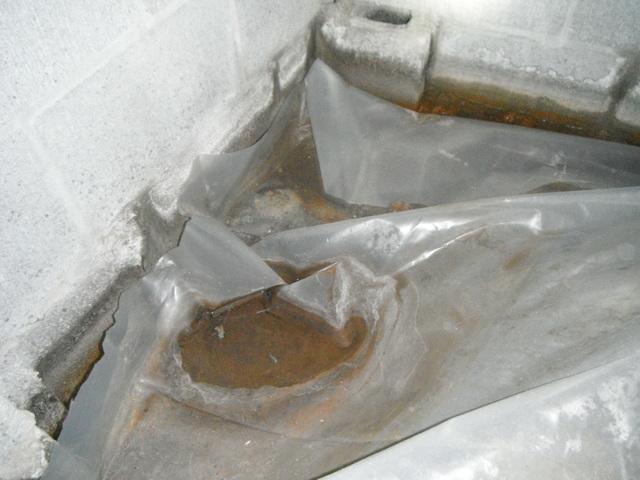 Here is water intrusion in the northeast corner of the crawlspace. The Healthy Spaces experts have recommended changing the exterior grade of the yard in that area as it is directing water into the crawlspace. 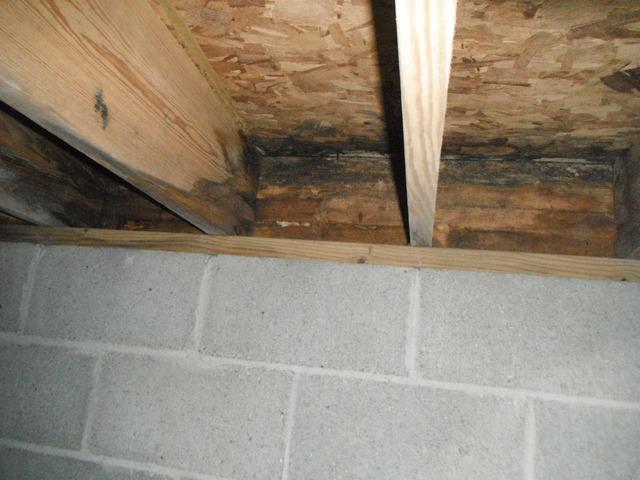 In this photo, you can see the mold growth along the north wall of the crawlspace. The wooden subfloor has been compromised. 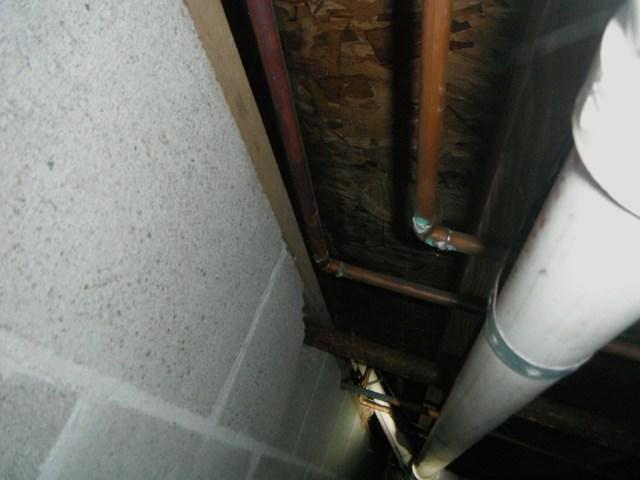 Here is an overview of the subfloor above the north wall. You can see the mold growth is extensive in this area. 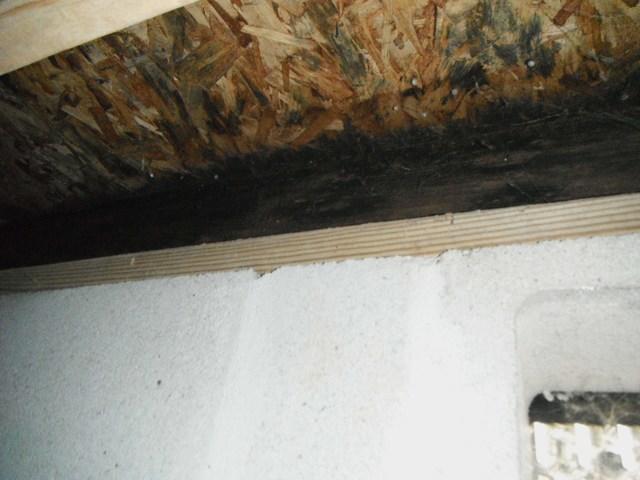 Here is the subfloor near the submerged support post. The subfloor, pad and carpet above will be removed and replaced for health reasons. 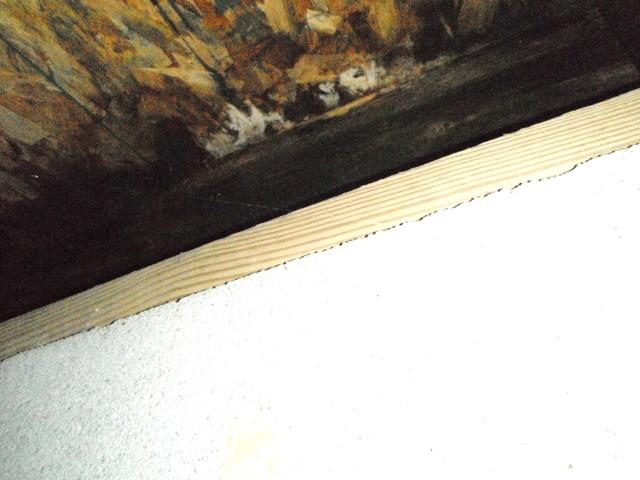 Close up of mold blooms near submerged support post.

Photo Gallery: Waterproof Crawl Space in Boonville, IN
Back to Previous Page
Back to Case Studies