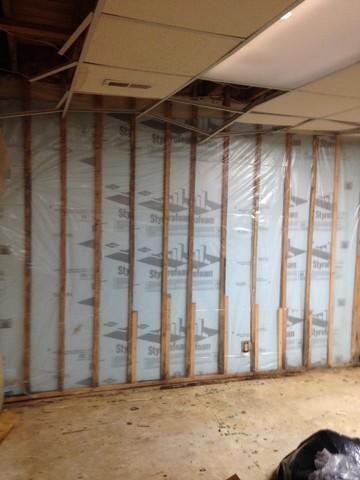 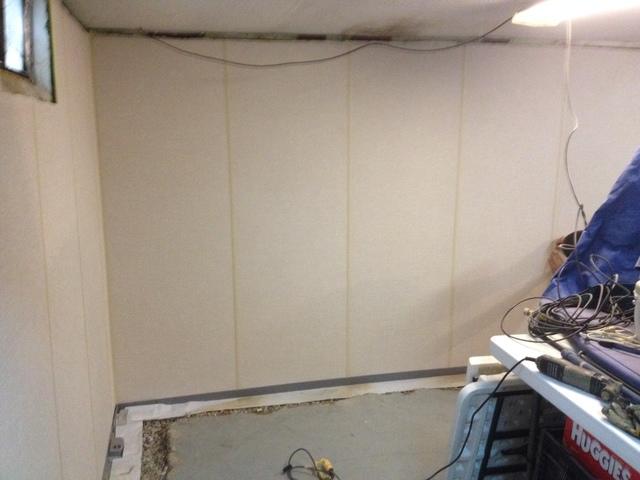 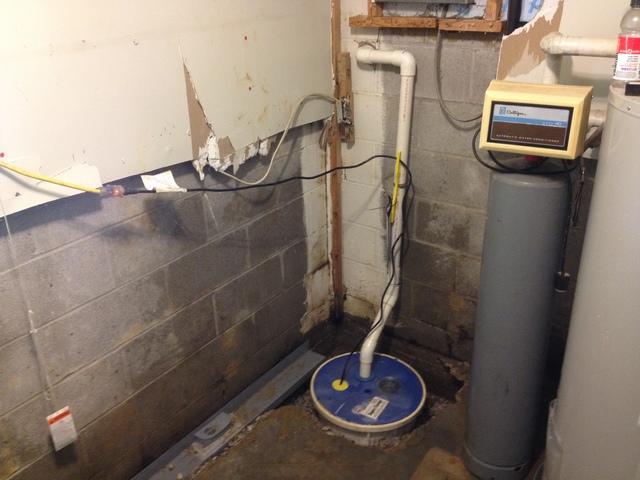 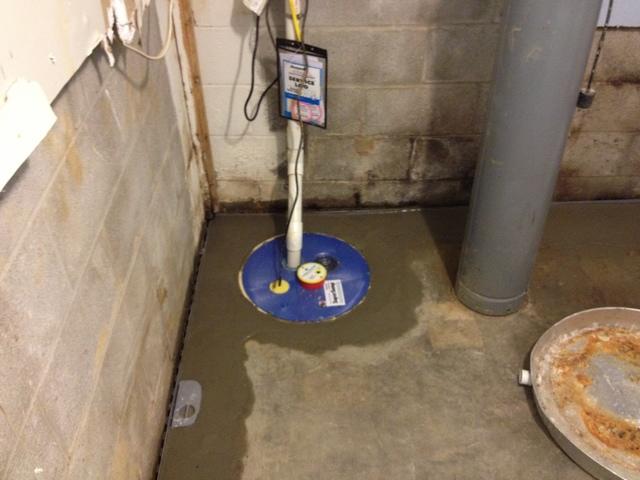 Really long lasting sump pumps are hard to find on your own, which can mean that you're replacing pumps frequently, or you're dealing with pump failure and the resulting flooding. These homeowners had dealt with both issues and felt that it was time to get a professional quality, long lasting pump with a warranty. The Basement Systems Super Sump is a cast-iron sump pump with the longest-lasting battery backup pump in the industry. The pump is constructed of a rigid durable plastic that is designed to house a sump pump and will not mold or bend. It's an all in one number--an existing pump basket, a durable lid, and quality components. The homeowner said, "I was really impressed with the [Zoeller] pump that Healthy Spaces installed. The waterproofing system is top notch and I feel like I can rely on this pump." 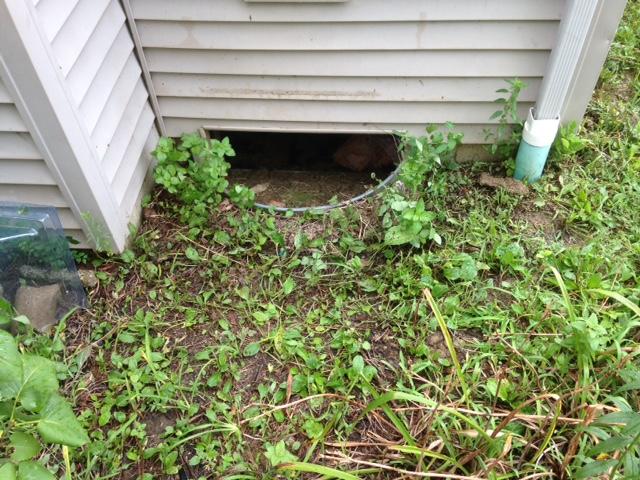 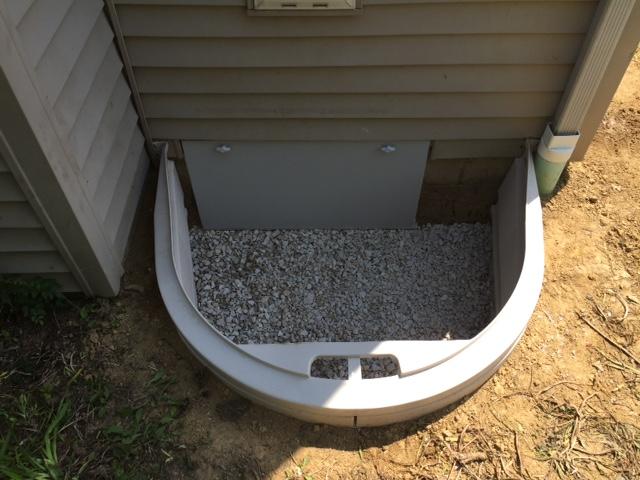 This Vine Grove, KY crawlspace was experiencing numerous issues.  From this access well, rainwater was entering the crawlspace and creating a mold problem.  Pests and vermin were able to access the crawlspace, too, which added to the overall discomfort in the home.  The homeowners were reporting several telltale signs of mold and fungal intrusion and exposure: low indoor air quality, an increased relative humidity in the home, frequent allergy attacks, and smells emanating from the HVAC system and crawlspace.

After installing a safer, more secure access well and Everlast crawlspace entry system, the homeowners were able to keep groundwater out.  In addition, they elected to install a CleanSpace liner and SaniDry dehumidifier.  "This complete system has completely revolutionized our home.  It's easier to breathe and our furnace doesn't kick on as often!" said the homeowner. 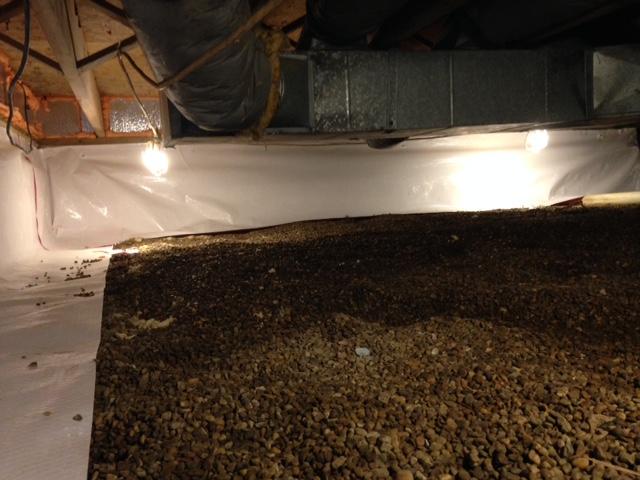 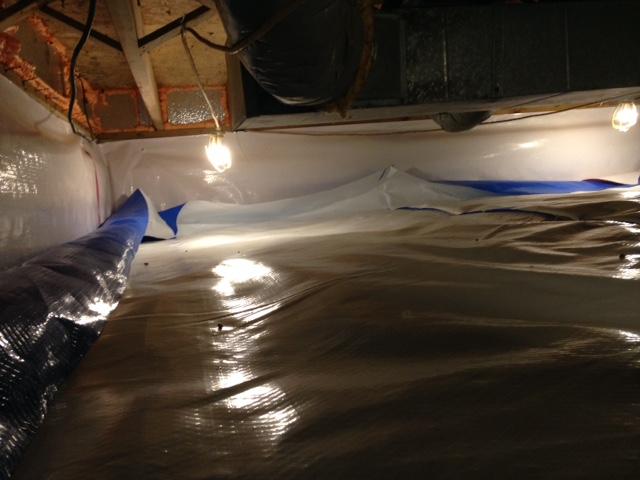 Most homes in Bradenburg, KY are built over dirt crawlspaces.  Due to the nature of the construction, it leaves those crawlspaces open to groundwater intrusion and flooding.  The flooding and increased relative humidity results in mold and fungus growth, smelly crawlspaces, and unhealthy homes.  The best way to combat all of this is to have the crawlspace treated for mold and fungus and a high quality vapor barrier installed.  The best vapor barrier on the market is CleanSpace.  It's composed of seven layers of plastics including a plastic mesh to prevent tearing, ripping, and deterioration.  CleanSpace has been compared to swimming pool liners for it's ability to block leaks and keep water where you want it--out of your crawlspace.

In these pictures, you can see the exposed dirt floor has been leveled and CleanSpace has been installed along the walls and floor to keep groundwater out! 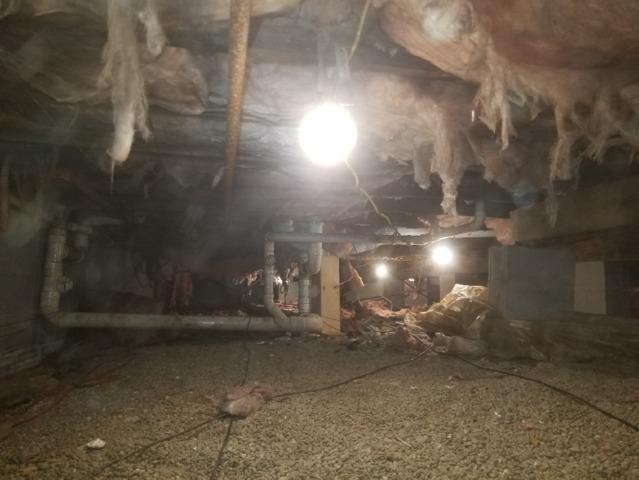 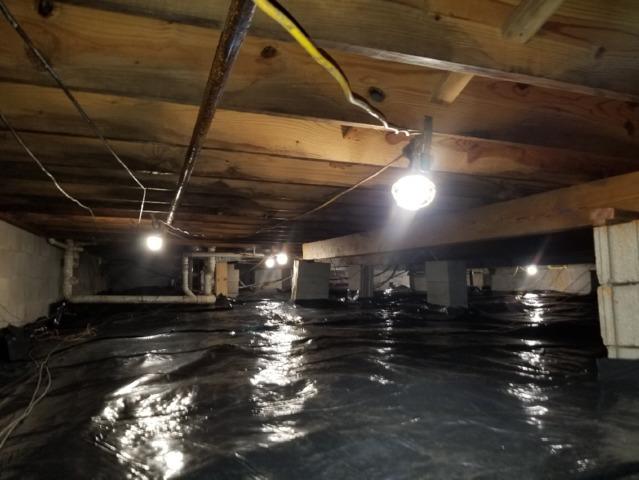 This Kentucky homeowner had previously had a mold inspection done in their crawl space. When they got the results, the test came back high. They immediately contacted Healthy Spaces to get a head start on the mold problem that was living beneath them.

One of our trained Design Specialists arrived at the home and completed a thorough inspection of the crawl space. He noticed the mold and recommended that the homeowners get it remediated. On top of that, he recommended that the debris from inside was removed before the mold treatment. The homeowners agreed and also opted to put a 6mil vapor barrier.

The crawl space is now free of mold and has a much more pleasant smell throughout the whole home.