Scott S. from Petersburg, IN called into Healthy Spaces because the water was seeping in from a crack on the wall. There were always small puddles around the crack during the damp, wet seasons, but it definitely got worse when it rained. The worst part was that they didn't know what the crack behind the wall looked like.

System design specialist, Bob Roberts, went to Petersburg and did a full inspection of Scott's basement. When he was done, they sat down together and came up with a plan to tackle the water intrusion before the damp Spring season began. First and foremost, they agreed on WaterGuard being installed. WaterGuard is a perimeter drainage system that takes intruded water directly to the sump pump. Then, a TripleSafe sump pump would be installed. It is our most reliable sump pump system because provides three levels of protection for your basement and your peace of mind. From here, they decided on a SaniDry Sedona Dehumidifier to eliminate damp, musty odors by drying and filtering air. One of the best things about this dehumidifier is that it drains itself into the sump pump, so you don't have to! 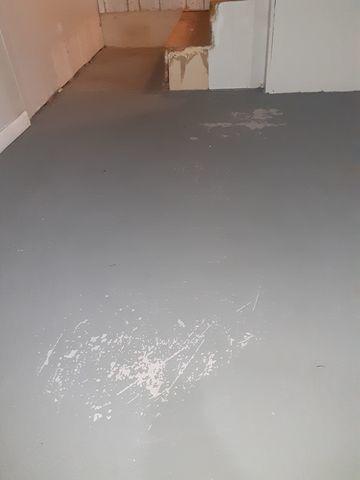 Water was seeping in through a crack in the wall all over the basement floor. They finally decided to break down and get professional help. 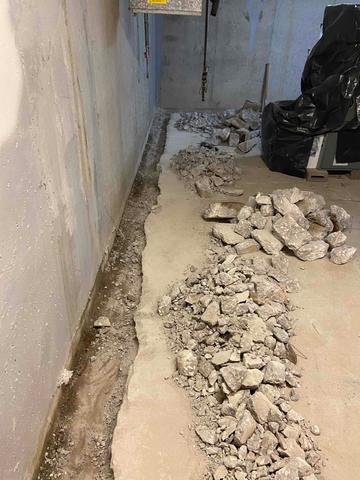 The crew's jackhammer around the perimeter of the basement to prepare for the WaterGuard to fit in. 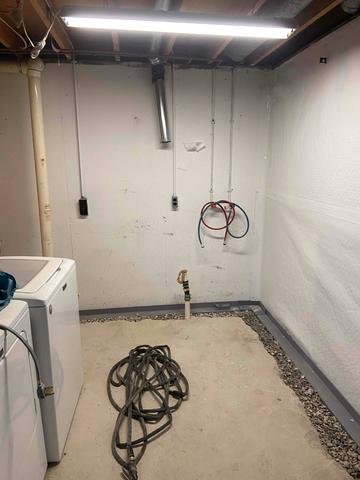 The WaterGuard is placed on the footer of the home and then backfilled with rock before the final step. 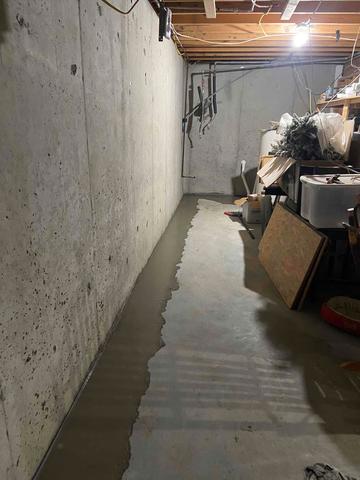 After the WaterGuard is installed, it is sealed back up with a layer of concrete, giving it a seamless look, just like we were never there.

Back to Previous Page
Back to Case Studies