These homeowners in West Louisville were tired of a flooding basement. They both felt that it was best to remedy the problem before they needed to be moved into a smaller home, or an assisted living facility. Neither homeowner wanted to burden their children with having to fix a flooding basement when trying to sell the home, especially since health problems were beginning to really impact their ability to use the basement.

They decided to contact Healthy Spaces regarding a wet basement repair plan after hearing about the company from a neighbor who had their crawlspace repaired. They were quite pleased with the variety of repair options and the customized nature of the repair plan.

The Healthy Spaces installation team installed Waterguard perimeter drain around the entire perimeter of the basement. They connected that system to a SuperSump sump pump system with extended discharge line. For safety, they installed a LawnScape to the end of the discharge line, which will create a flat surface at the discharge termination. They also installed CleanSapce Wall System to all basement walls to help direct wall leaking into the Waterguard system. This will also reduce the relative humidity in the basement by isolating the basement from the moist walls, lowering the risk for mold problems, musty smells, and dampness. 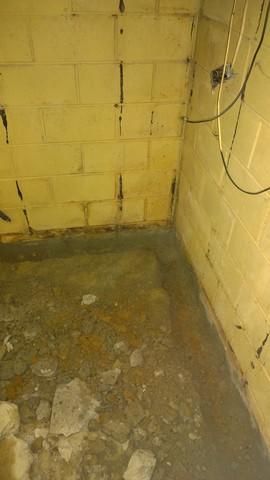 Day 1: Before work begins, all items are covered to protect from dust and moved away from the perimeter. 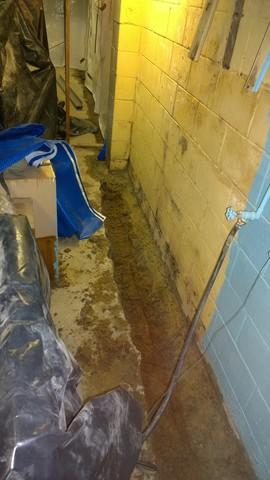 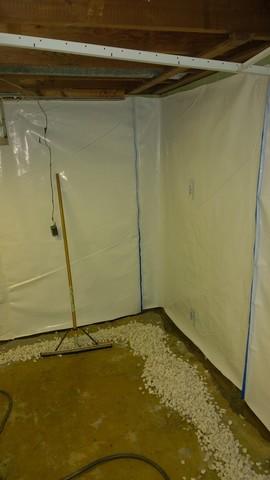 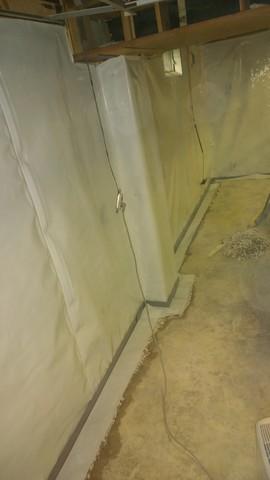 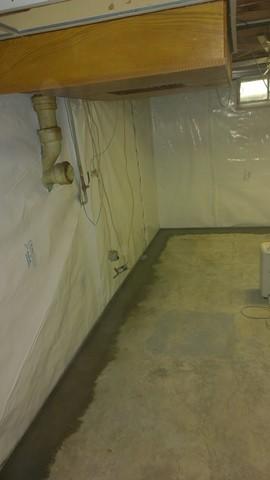 Day 5: Concrete installed over Waterguard trenches and items moved back into place.