Basements and crawlspaces throughout Union County, KY are flooding--even in February!  This home in Morganfield, KY, like many here and in Sturgis, Sullivan, Uniontown, Waverly are experiencing constant water intrusion.  This is due in part to negative grades in landscaping which have directed water towards homes.  Soil naturally settles over time and most of the landscaping around Morganfield homes has settled and is directing water towards the foundation walls.  When you add this situation to the relatively high groundwater level that can be found here year round, you've got a recipe for basement flooding.

The homeowner met with the Healthy Spaces Design Specialist, Scott, and together, they designed a system to keep the basement dry all the time by installing 92 linear feet of Waterguard, a rugged Super Sump pump, and a 3" diameter pipe discharge line.

From the beginning of the project, there were two major challenges: 1. The basement was actively flooding with water coming in along the perimeter of the basement from the joint between the wall and floor and 2. There were low spots directly outside the basement door that collect water and allow it to drain into the basement.

First, Steven and his team contained the upstairs door to keep dust from getting into the main part of the house. Next, they prepared the area where the sump pump would be so they could begin pumping out the water as they installed the rest of the system.  As the trench was being broken out for water guard to be installed, it was filling with cold groundwater.  The cold water and muck were quickly causing concern with the team as they began to experience reactions like numb fingers, shivering, and the like.  They quickly moved outside to dig out and put in 3inch pipe from the ice guard on exterior of the home out into the yard for thr sump pump to drain through. After the system on the interior is fully installed and thoroughly tested, the team will go back outside and put back and tamp the dirt around the discharge line so it looks like they were never were there.

One thing that the homeowner said about the project was, "I was really impressed that they had a little extra dirt from putting in that 3inch pipe and took it over around the side of the house where the bushes are and filled in low laying spots.  They even sloped the dirt away from the house to help with the water coming in by the stairs as well".

Once the crew removed all the debris from the trenches, they installed the Waterguard drainage system with 3 ports to make servicing the system super simple.   Next, the crew installed the CleanSpace on the walls, making sure everything was properly taped and the walls were glued to hold back the vapor from the water. The CleanSpace on the walls will direct any wall moisture into the Waterguard system for removal.  As of this morning (2/6), the team has about 90% of the water guard in and they are ready to concrete.  The project will be completed tomorrow. 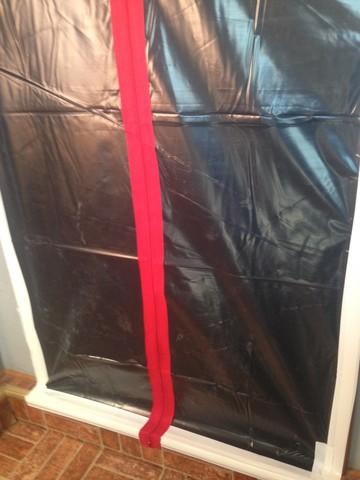 Here is the dust control entering the work space in the basement. 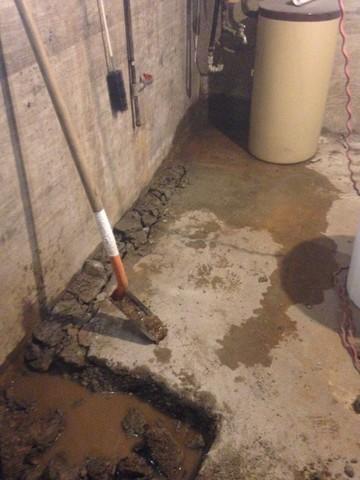 You can see the basement is actively flooding as the team is working to waterproof it. 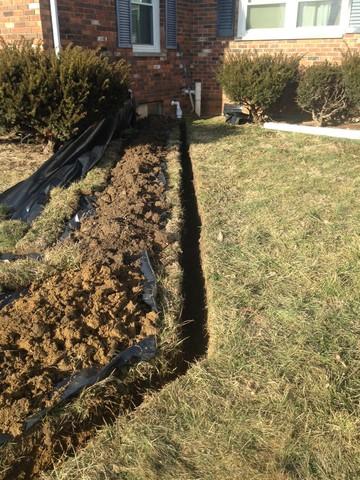 Because the basement is actively filling with water, the sump pump and discharge system was installed first to allow for the crew to use the system during installation. 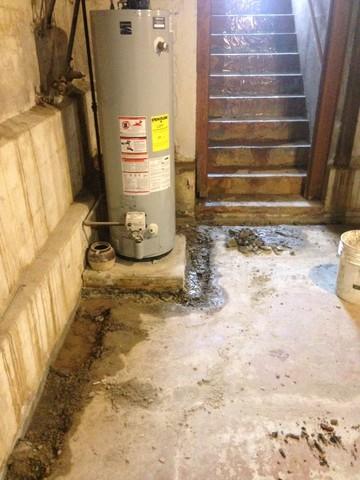 You can see here how the waterproofing system is following the perimeter of the basement. 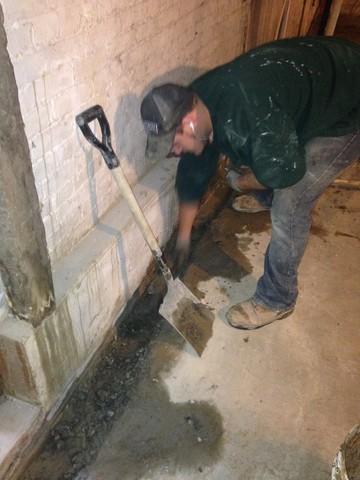 You can see that the crew has to work through mud and very wet conditions along the walls. 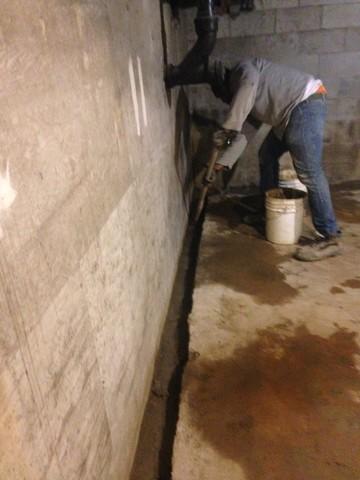 The team is putting in the Waterguard now and the floor toward the center is drying out. 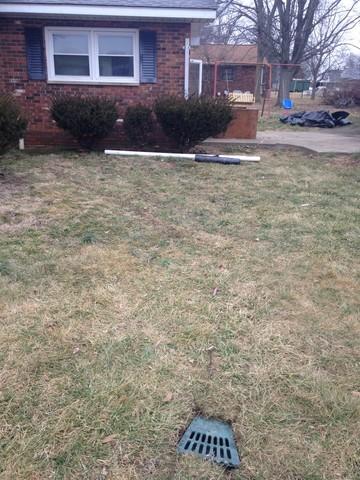 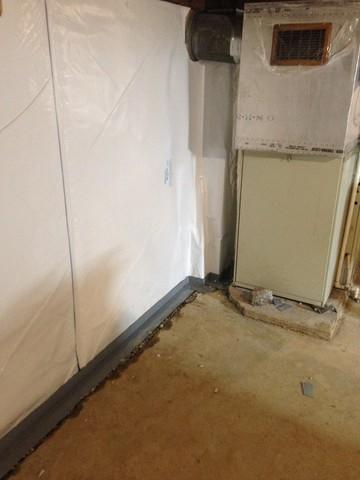 Here, the walls have been wrapped in CleanSpace to facilitate the direction of wall moisture into the waterproofing system. Now, the team will cement the Waterguard in.