Evansville, IN has a known basement flooding issue due to the elevated groundwater and the silty clay soils covering portions of the city.  These homeowners were combating two issues at once: a flooding basement and bowing basement walls.  In a two part repair plan, the home had its walls stabilized and its perimeter waterproofed.

"What made the waterproofing portion of the repair a challenge was that we needed to make sure the walls were stabilized prior to starting to drain the walls, but the water needed to be removed to keep the walls from moving.  It was a chicken and egg situation," said Damon, the design specialist.

After consulting with the project foreman, Daniel, they decided to present a repair plan that started with walls being stabilized, then the Waterguard would be installed to get the walls draining, and finally, the team would finish torquing the walls and tightening the system after the Waterguard had been in place and functioning for a couple days.  The homeowners felt that this plan would minimize the risk of further compromising the walls.

The next morning, they came back to cement in the Waterguard system and tighten the Geolock Wall Anchors one more time.  The entire installation was completed in less than 5 days. 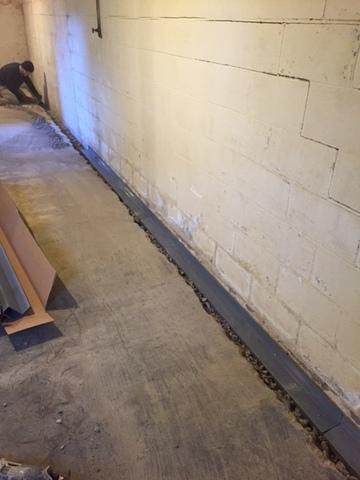 First, the installation crew broke out the trenches to place the Waterguard on the foundation footer. 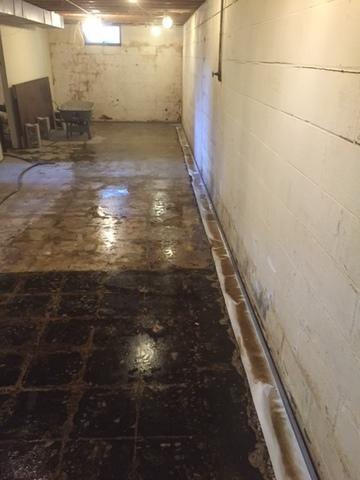 Next, the Waterguard is installed. 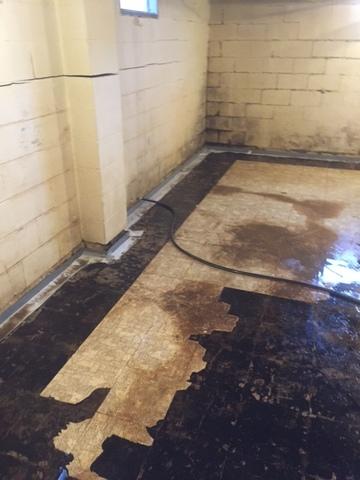 Waterguard is customizable, so even outcroppings in the foundation can be accomodated. 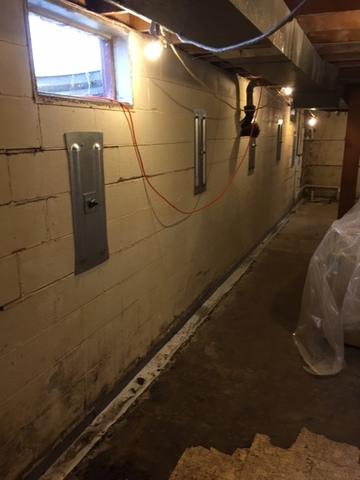 The Waterguard is rocked into place and flood tested. 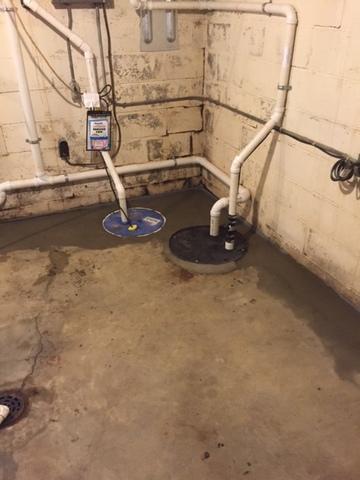 The sump pumps are installed and the tested as well. 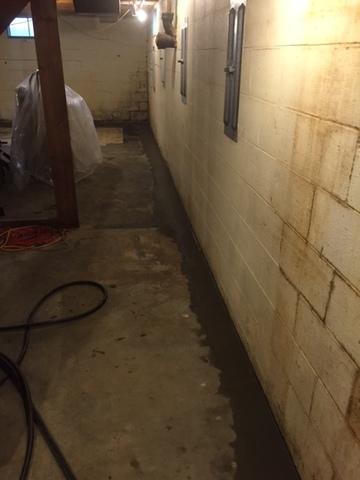 Finally, the entire system is cemented into place.

Article: A couple of causes for a leaky Basement
Back to Previous Page
Back to Case Studies