These Vanderburg County homeowners had been struggling with basement flooding for several years.  They said that they had tried many remedies, including extending downspouts, changing landscaping and grade in the exterior, and installing a couple of different waterproofing items.  They had applied a waterproofing wall treatment in 2012, which seemed to help, but they weren't quite sure if it was really helping.  In 2013, they installed a sump pump, which ran continuously and burned out.  They installed a total of 4 sump pumps that burned out from overuse.  This year, they decided to call in some basement specialists and see what could be done to resolve the wet basement issues permanently.  Damon Cheatham, a design specialist with Healthy Spaces, met with the homeowners and helped create a custom solution for their home.

First, Damon recognized that over the counter, big box store sump pumps were burning up at a very high rate, so he recommended a sump pump that could better handle the amount of water present in the basement.  He showed the homeowners a TripleSafe sump pump.  It has 3 separate pumps in one unit, one of which is battery backup enabled to handle water even without power.  These powerful Zoeller pumps are rugged enough to handle the influx from a storm, and sensitive enough to handle a regular daily trickle from a leaking basement.

Next, these homeowners would need 133 linear feet of Waterguard interior perimeter drainage system to direct the flow of water into the pump.  They also needed TrenchDrain, 2 viewports (for easy system cleaning), and an extended discharge line to remove the water further away from the basement.

Finally, the homeowners elected to utilize the CleanSpace Wall System in the basement to direct wall moisture into the Waterguard system from the walls.  They elected to use CleanSpace since they are now considering finishing the basement if the water problems are resolved, but they wanted to wait and see how it goes.

All in all, the homeowners are very happy with the basement flooding solution that they've come to and the basement is already drier than it's been for years! 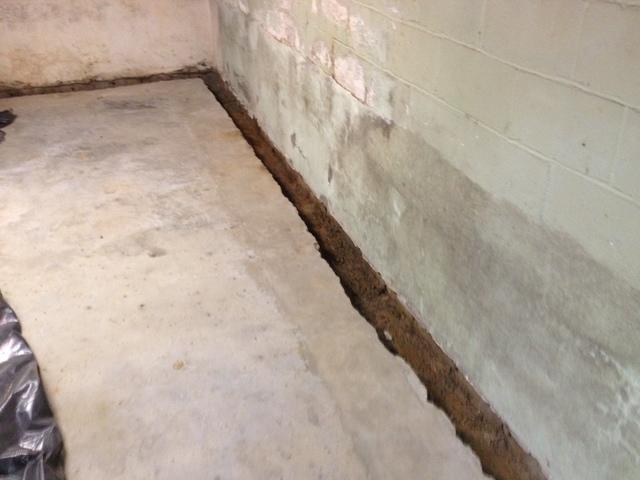 Here, you can see the trenches are cut and ready to be cleaned out so that Waterguard can be installed. 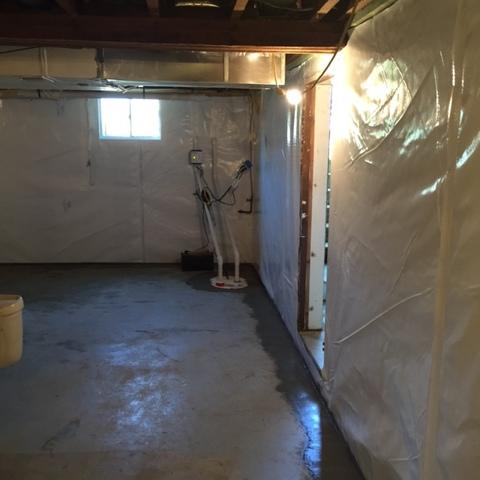 Here, the floor looks wet, but that's only because the installation crew has finished installing the TripleSafe sump pump, Waterguard and CleanSpace Wall System and has begun cleanup. 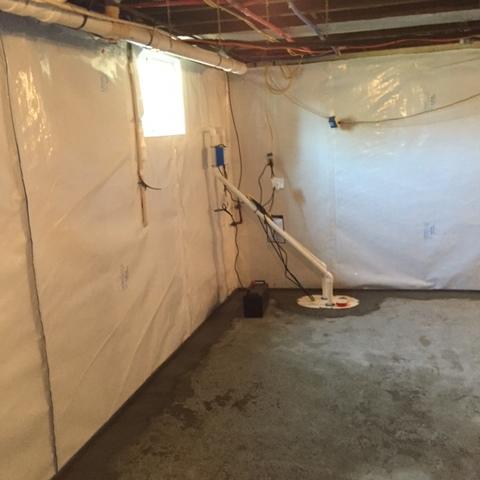 Here's another shot of the TripleSafe sump pump. You can see the rigid discharge line exiting the basement.

Before & After Photos: Leaking Basement in Jasper, IN
Back to Previous Page
Back to Case Studies