Due to the abundance of groundwater and the unique soil conditions in and around Evansville, wall bowing and buckling is a common problem.  These homeowners had noticed that three of their basement walls were bowing inward. "It was like being in a fun house--the walls were all bubbly and I felt nauseous going down there because the room was just not square anymore", the homeowner said.

The north, south and west walls were all bowing inward due to the expansive silty clay soils native to the region.  Expansive silty clay, like the type found in Evansville, is a product of stream and river run off.  Therefore, it can be deposited unevenly among various neighborhoods and in varying amounts throughout the soil strata.

The homeowners met with Damon Cheatham, a foundation repair expert with Healthy Spaces, and together, they decided that the stabilization and gradual straightening of the walls was the best option.  "As far as severity of the issue and the budgetary needs for the project, it just made sense to straighten the wall seasonally and allow the homeowners to monitor the walls.  It's the perfect solution to fit their goals," said Damon.

The installation crew got to work on the wall anchor installation quickly.  "This is a wonderful house with just the best couple.  They have the flattest, nicest backyard and they decided to re-landscape in the spring, so they opted to have us bring in heavy equipment to drill out the earth anchor holes.  It makes for a really nice, consistent result that's easy to refill," said Daniel Steele, installation foreman.

The exterior holes were filled and tamped and the interior areas were swept and sponged.  The homeowners were given a tightening kit and instructed on how to tighten the wall anchors appropriately. 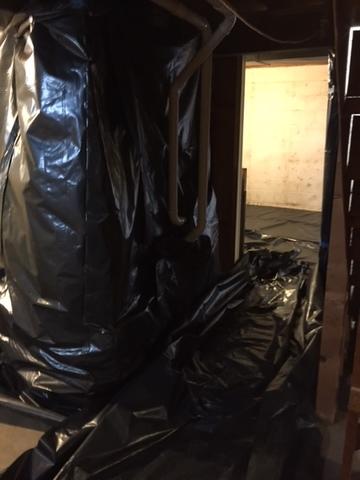 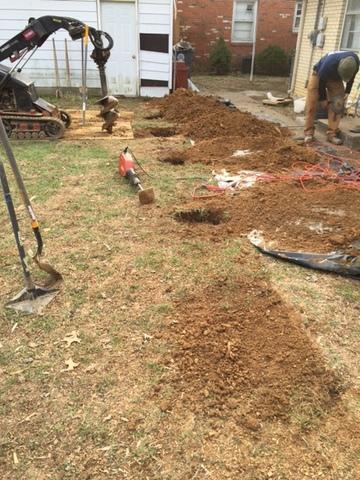 Second, the team digs "potholes" on the exterior for the earth anchors to reside in. 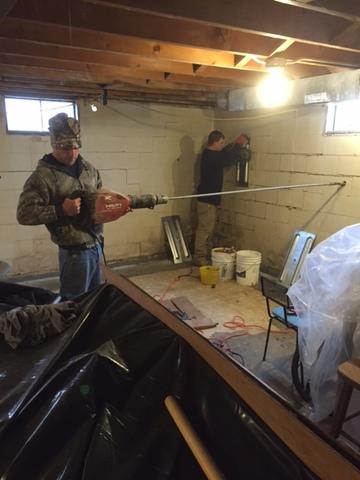 Next, the team drives the anchor rods through the interior of the basement and through the soil into the earth anchor 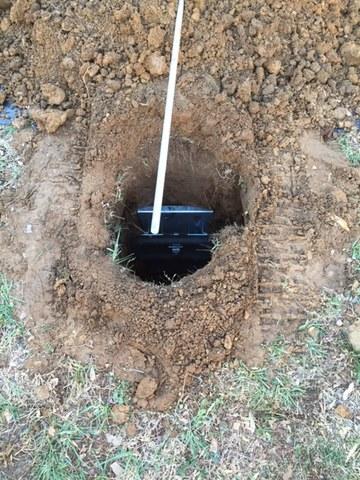 The anchor rods and earth anchors are joined together to provide resistance against wall bowing. 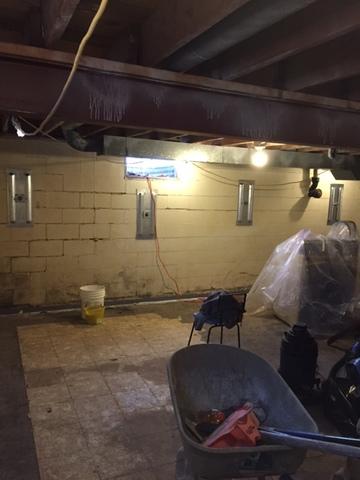 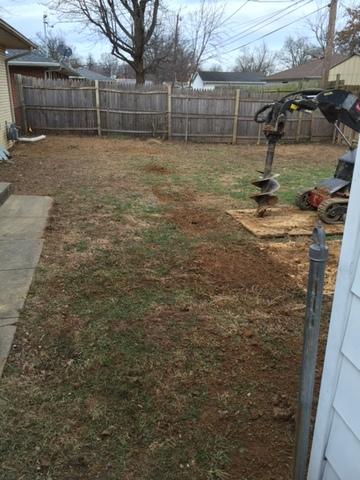 The potholes are refilled and tamped down.