These Sullivan, KY homeowners were struggling with foundation movement.  Seasonally, the block foundation wall crack would open and as winter approached, it would slowly close back up.  "We just kept watching this thing open and close and saying to ourselves how this cannot be good for the house," said JoAnn.

The homeowners decided to contact Healthy Spaces to have the problem evaluated.  What Daniel Crews, Foundation Specialist, found was not just the vertical shifting, but he also discovered that the wall was bulging inward due to the same soil.  This meant that the home needed to be stabilized in two ways: wall anchoring and foundation piering.

Daniel designed a plan that would accomplish both solutions and minimize the disruption to the family during that time.  The homeowners agreed and the installation crew was scheduled to begin work.  When the crew arrived, a second challenge was waiting for them: mud.

The installation crew arrived and began the installation process by digging trenches around the northeast rear corner of the home.  They would be installing the foundation piering there and then anchoring the bowing section of wall and straightening it all at once since the trench was already in place.  The crew was soon slogging through a very muddy trenching excavation.  "It wasn't just a little muddy, it was that thick, sticky, super slippery mud that's mostly clay. You could have used it to make some nice pottery type of mud," said one crew member.

The crew added extra shoring and safety measures to ensure that the mud would stay out the trench and then added anti-slip measures to the floor of the trench for their safety before beginning to install the 4 push piers.

Once the foundation footer was properly notched and the brackets set in place, they began hydraulically driving push pier segments down into the soil.  Pressure was monitored constantly and the segments counted in order to ensure the proper load bearing strata, like bedrock was reached.  Once the engineer deemed that the piers were all resting on solid bedrock, the home was lifted to a level condition and secured there permanently.

Next, the crew installed the two wall anchors on the rear north wall where the clay soil had been pressing in on the foundation wall, causing it to bow.  Since the trench was already dug, the crew was able to immediately straighten the wall and set the anchors so that the wall will not bow again.

The trench was refilled and the soil tamped down.  Once the soil has had a chance to dry more, the crew will level the area and smooth it over.  The homeowners are excited to do some landscaping in that area after the project is completed. 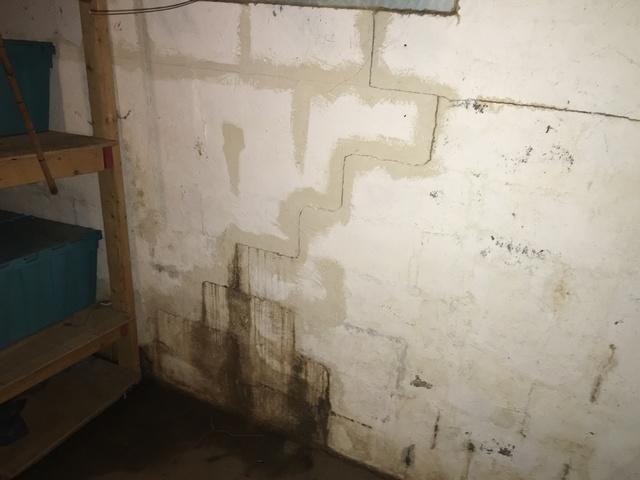 Here is the crack that open and closes seasonally. 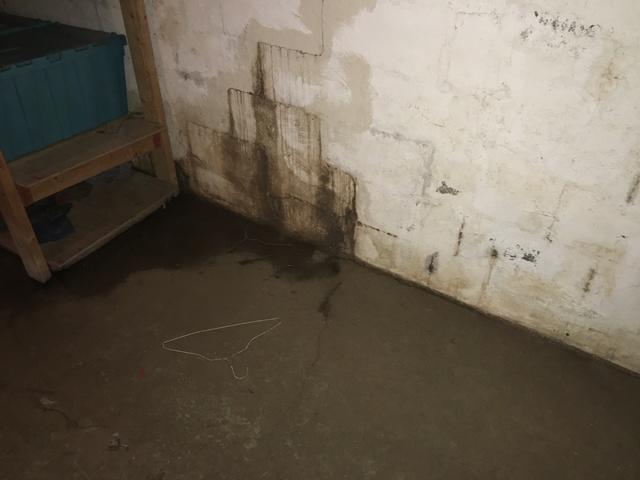 This is a close up of the area that is bowing inward. 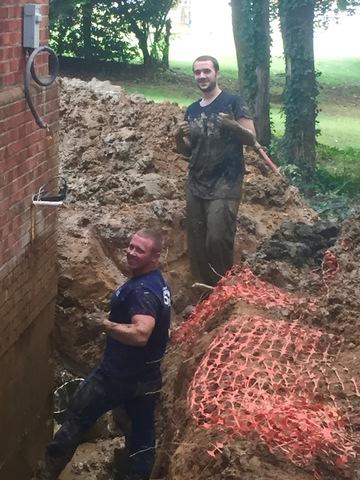 The crew gets to work digging out the trench. They used a machine and hand digging in combination. You can see the slick, clay mud made conditions difficult.

Video: Let Us Fix Your Foundation Quickly...
Back to Previous Page
Back to Case Studies