This Evansville, IN resident called with a combination of crawl space and foundation issues. The crawl space had once had standing water problems and now suffered from the effects of mold and moisture. There were stairstep cracks between the stones in the walls that let water and air seep in causing more issues in the crawl space and an odor throughout the whole house.  One of our Design Specialists came out to inspect the home and sat down with the homeowner to discuss further action. Our crews came in and started with remediation to eliminate the mold growing in the crawl space. Next, the crawl space was encapsulated with a new sump pump and humidifier. For the foundation, push piers were installed to make the foundation secure.  This homeowner is very pleased with the work that was completed and now has the peace of mind she always needed. 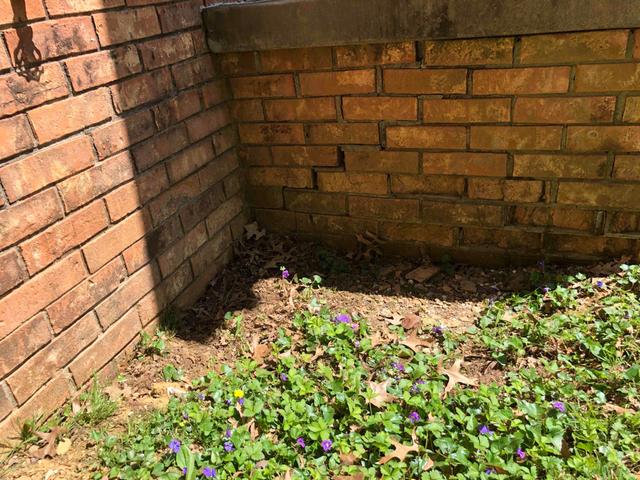 This type of cracking is a typical foundation issue crack. It shows that foundation settlement is happening and is very common in brick and concrete block walls. As the home settles more, this foundation crack would get worse eventually causing the wall to rotate outward. 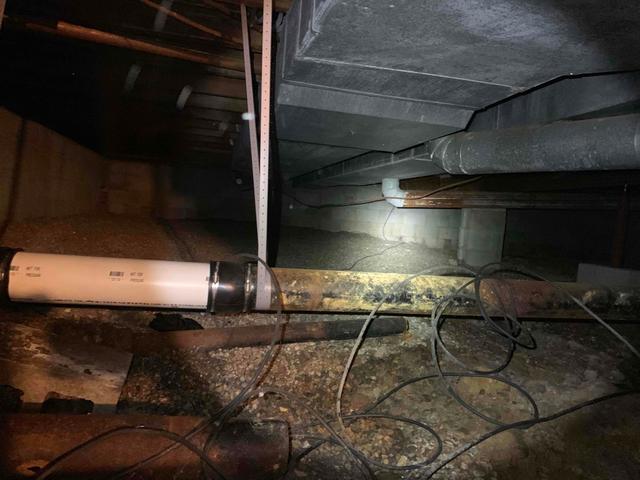 When warm and humid air enters your crawl space, it will always go straight to cold surfaces. In the summer, this would be your ducts in your crawl space. Ducts that are wet from condensation cost more to heat and cool, which will add up. Also, this is the perfect spot for mold to grow. 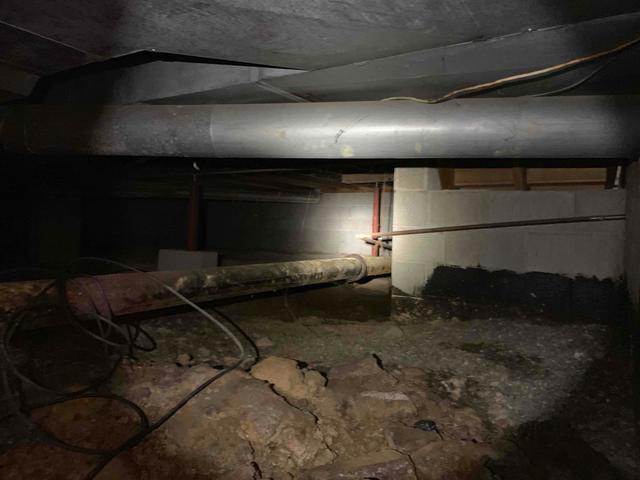 The exposed Earth in this crawl space is adding a continuous stream of water vapor into this home. Groundwater seeps, leaks and can even rush into many crawl spaces entering under the footing and causes water to slowly evaporate upward into the house. Having dirt crawl spaces will also cost more to heat and cool, causing you to spend unnecessary money. 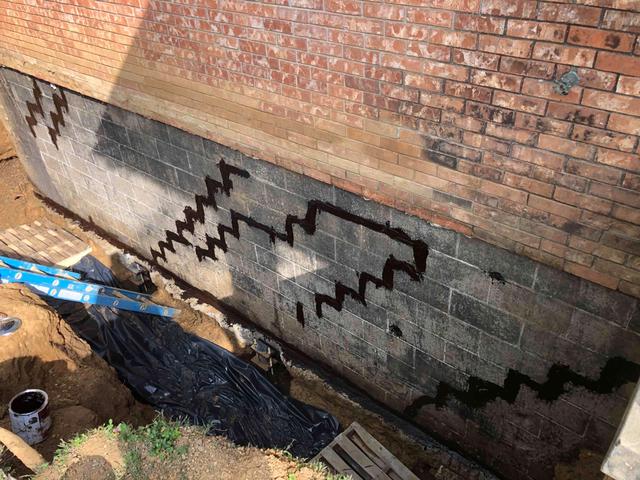 After the crew was able to dig to the main portion of the foundation issue, they began to seal everything off before proceeding further. This would be a barrier from water intruding in to the crawl space and creating moisture. 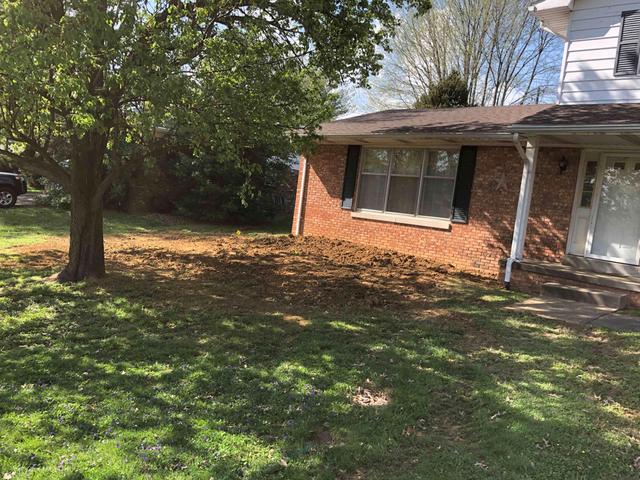 Now that all the foundation work has been completed, the dirt is moved back over like nothing ever happened. This home now has a stable foundation and the homeowners won't be worrying anymore. 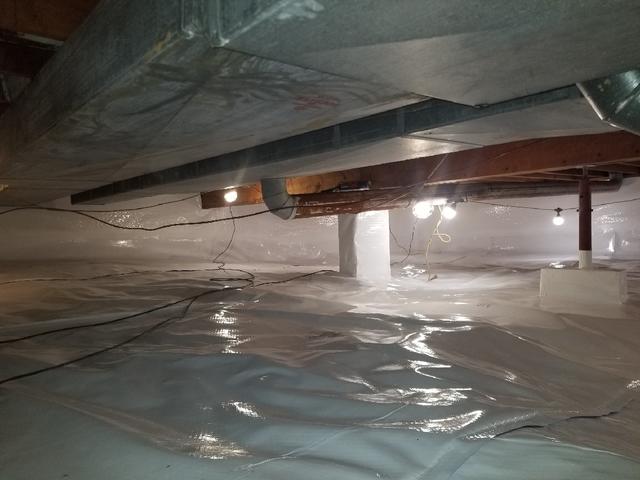 This space now has no more humidity than the upstairs has. The liner we installed is also used to fight and prevent mold and bacteria growth. This space can now be used for many purposes, including storage. 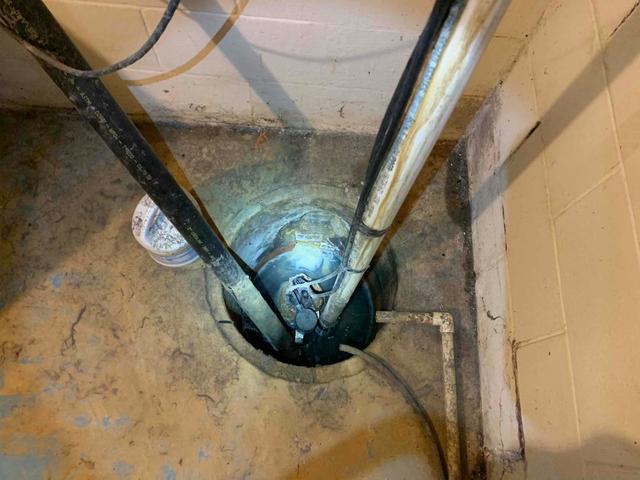 Having an open sump pump hole causes there to be sitting water in it year-round, which is defeating the purpose. The water that is sitting evaporates in the air and you will need a dehumidifier to take that away. 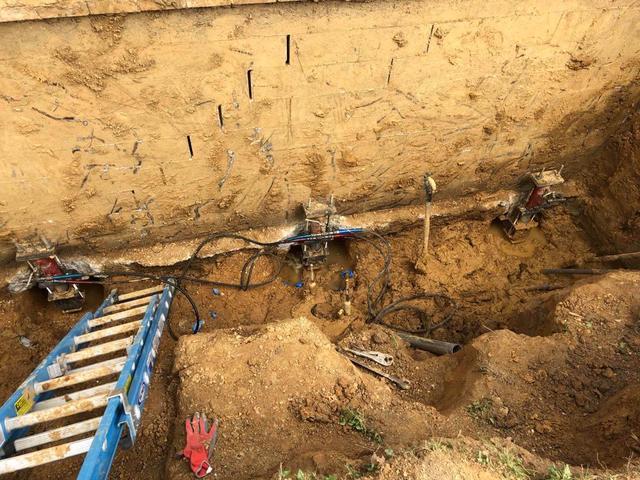 Push piers are made of steel and are driven deep into the soil beneath a foundation to solve settlement problems. They not only stop settlement, but lift the foundation back to its original position, closing cracks and improving window and door operation.