Homeowner Tommy L. from French Lick, IN knew that he had foundation issues with his home when the floors began to become bouncy, soft, and unlevel causing concern of what was to come. Along with this, a few of his walls were also beginning to crack. These symptoms are common with foundation issues, and Tommy wanted to get these problems taken care of as soon as he could.  He knew that hiding the problem by patching over drywall cracks are only temporary fixes. The cracks will re-appear, more repairs will need to be made, and soon you will have a patch over a patch over a patch. Additionally, attempts to fill or seal drywall cracks are easy to identify due to variances in finish or workmanship.  When Design Specialist, Chris Russell, arrived at this French Lick, IN home, he took a few steps inside and felt the bouncy and unlevel floor himself. He completed a thorough inspection and decided that a SmartJack system would be the best solution to permanently fix the problems. This system provides solid support for sagging and undersized beams, restoring stability and straightness to sagging floor joist in a crawl space. They can also be tightened over time, adding additional support when it's needed. 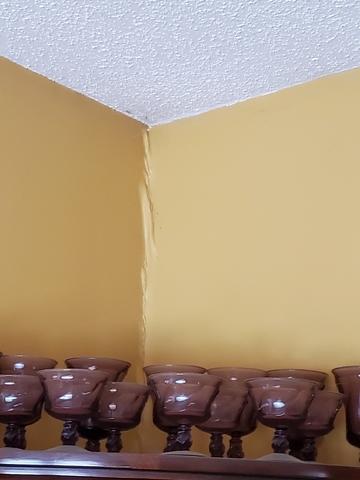 Cracks in the Corner of the Wall

As you can see here, the wall is beginning to crack. Drywall cracks throughout the house are a good indicator of settlement and may be more obvious in the uppermost levels of your home. Cracks tend to follow drywall seams. 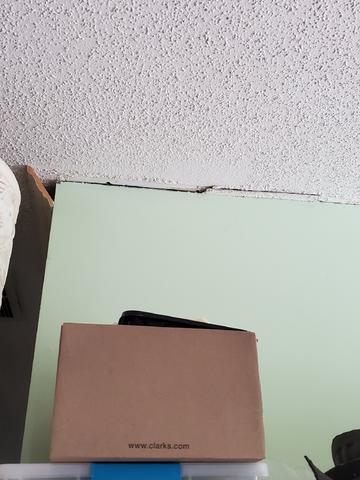 Separation of Walls and Ceiling

Seeing the wall and ceiling pull away from each other shows that foundation settlement has occured. The constant cycle of wet and dry periods means that settlement in a home is never over. The only way to know settlement is 'done' is to fix the problem. 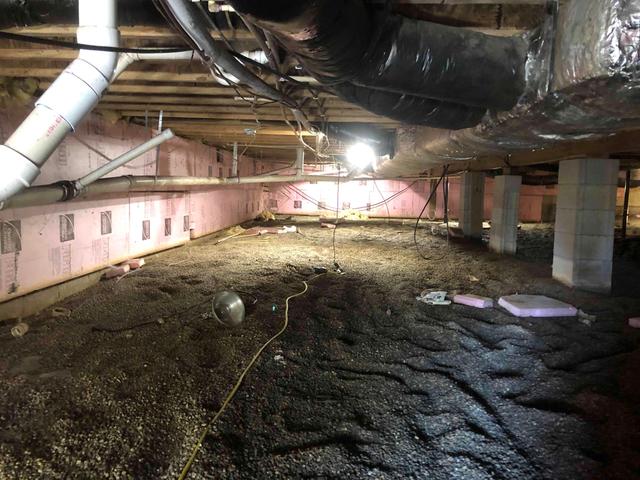 When wood is exposed to moisture and humidity, it begins to rot, get moldy, and become weak. The weakened girders and floor joists are unable to continue supporting the weight above, and the floor above the crawl space becomes bouncy, soft, and may begin to sag like this one did. 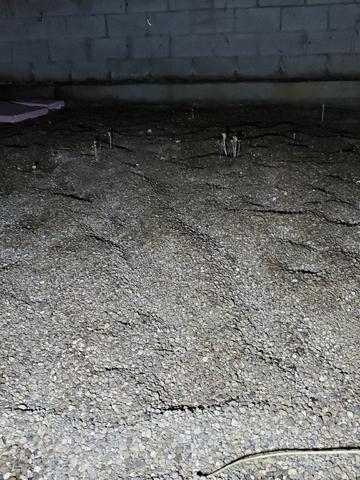 Because crawl spaces are often unsealed from the earth, excess moisture and humidity in this problem. This homeowner even had mushrooms and other fungi calling this crawl space their home. Yuck! 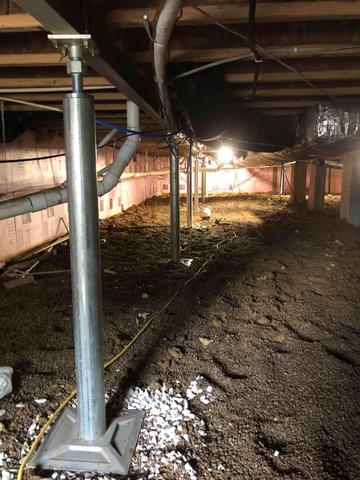 SmartJacks are steeled support systems used to stabilize and level the girders and floor joists in a crawl space. It can hold 60,000 pounds, making it the ideal system to stabilize your sagging floor and any walls sitting on top of that floor. 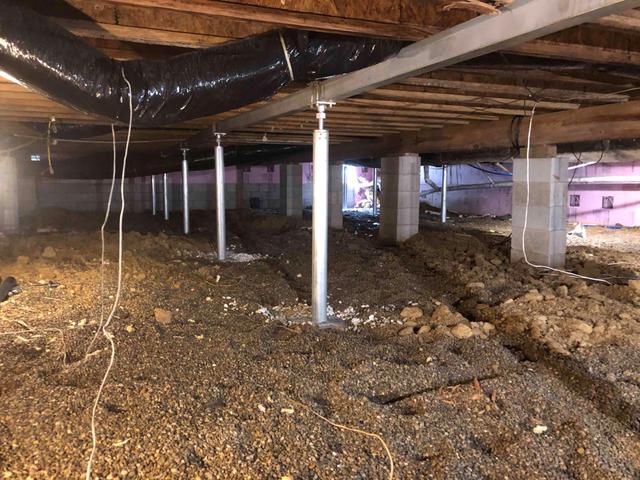 This solution provides the best opportunity to lift the above floors and walls back to their original position. Your problem will be solved once and for all.

Before & After Photos: A Sturdy Basement Foundation in French Lick, IN
Back to Previous Page