Henderson, KY homeowner John F. and his wife built an addition on their home for extra square footage. Years later, they noticed that their floors felt uneven, and even noticed a hairline crack in the drywall. At this time, they didn't think much of it. As the crack widened and became more visible, they began to worry. They then noticed a gap in their new windows, as well as trouble opening and closing them. They read some articles on the internet to try to get a better understanding of what was happening, and it all boiled down to one issue- their foundation.  As soon as they realized that their foundation was sinking, they gave Healthy Spaces a call. System Design Specialist, Damon Cheatham, came to John's home to give him a thorough inspection as well as a same-day quote. When Damon was inspecting the exterior, he noticed the gapping in the windows that John called about. He could especially see them on the corner of the home and knew that place was causing most of the issues. As a solution, Damon recommended that they install 7 Helical Piers to lift the house back to its original position. 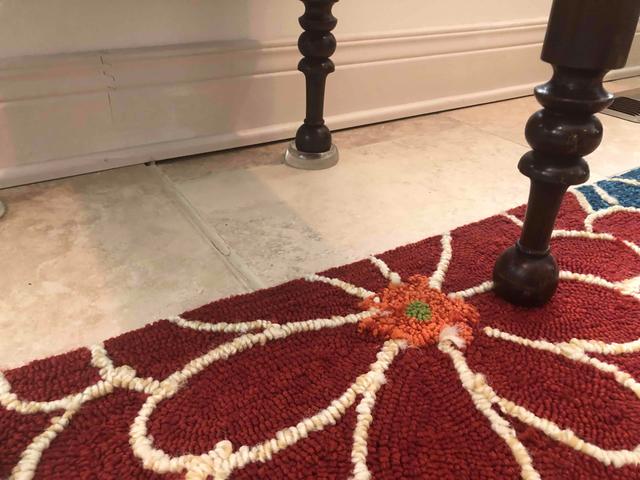 The gap between this baseboard and the floor signals that the floor is unlevel. Like many cases, this oftentimes leads back to foundation issues. 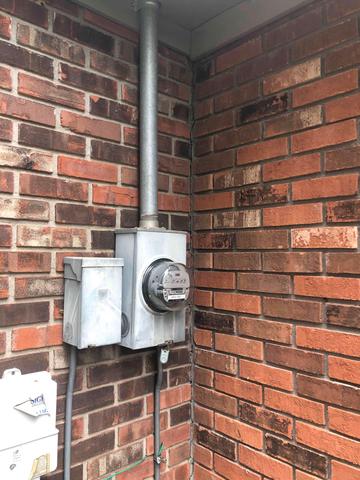 Foundation wall cracks have several different causes, and each has its own unique solution. This verticle crack where the two walls meet signifies that there are foundation issues with this home. 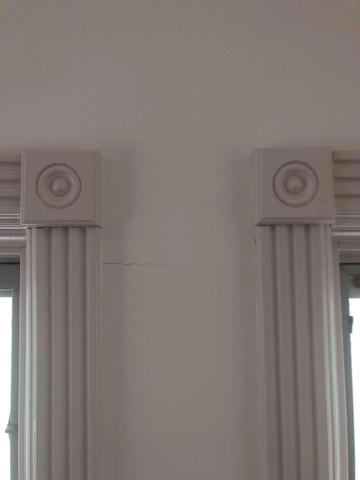 The crack in the drywall signifies that the house has moved enough to create pressure and force the drywall apart. This is one of the first signs that your home is having foundation problems. 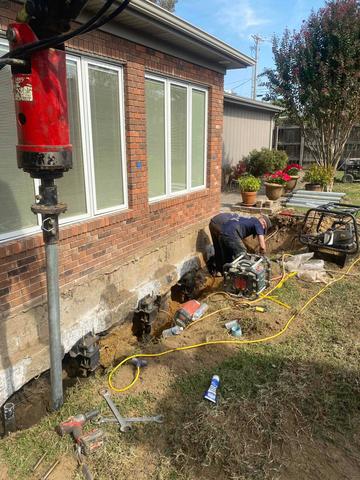 7 holes are dug for the Helical Piers to be drilled in. After the correct amount of pressure is met as the piers are being pushed into the soil, a brace is installed and it sat on the footing on the home. 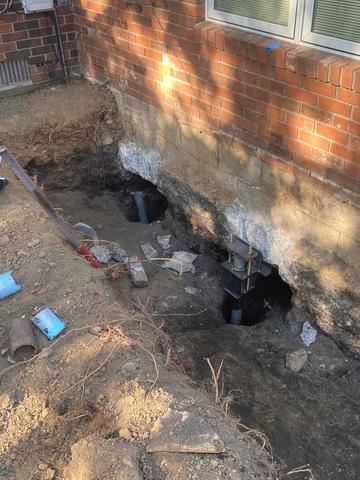 When all of the braces are on the footing of the home, they attach pressure and it instantly lifts the home back to its origional position. 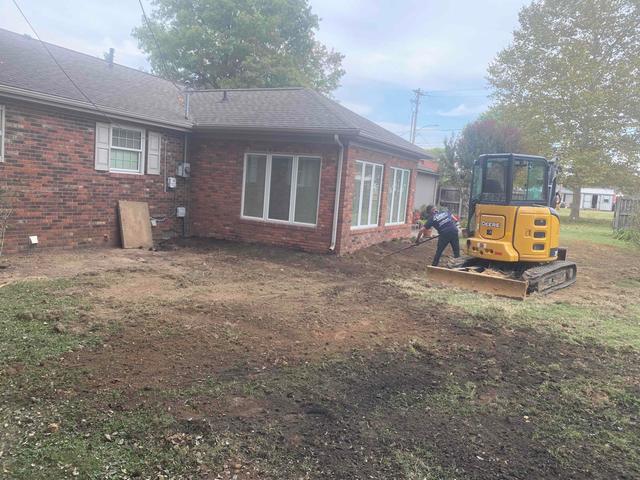 As a result of the foundation work, the cracks in the drywall are close, and the windows are back to an even position. What's the best part? There's nothing left to show, you can hardly tell we were there!