Dennis E. from Montgomery, IN called Healthy Spaces because water had been taking over his basement. When it would rain, he would be waiting for water to creep in, while the uncertainty of how much would enter his basement, kept him worrying. The homeowner had a shop vac ready to soak up all of the water and fans to help the floor dry up quickly. Because of the constant worrying and chore of making sure the basement is constantly dry, Dennis and his family were ready to have their life back. Design Specialist, Mike McAtee, was called to the job. After completing a thorough inspection of the basement, he decided that a WaterGuard system would best conquer the basement's issues. This is a drainage system installed around the perimeter of the basement that collects any water that may leak in. From there, the water runs to the sump pump, which is then disposed of out of discharge lines. Mike also inspected that GeoLocks were needed to help the basements foundation become stable. This system will hold the walls in their current position and can be tightened over time if needed. This will allow for improvement and straightening of the wall. Lastly, CleanSpace was installed as a wall covering and a moisture control barrier just in time for the hot summer months.  When the work was finished, Dennis was very pleased with the work that was done and was relieved that there wouldn't be any more leaking water in his basement. 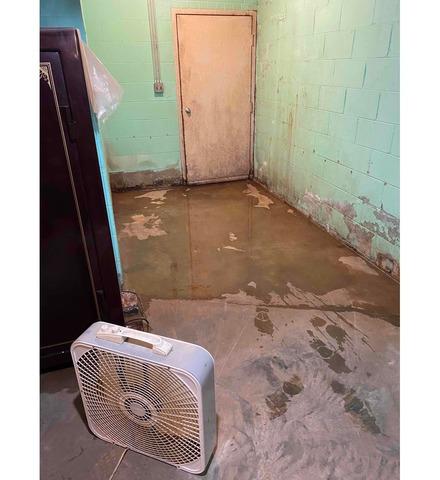 Water was leaking into the basement, causing the floors to be wet. The homeowner set a fan near the area to dry the water whenever it would appear. 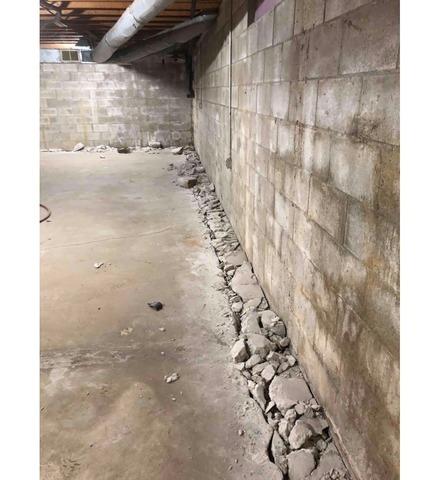 A trench is made for the Water Guard System to be set into. 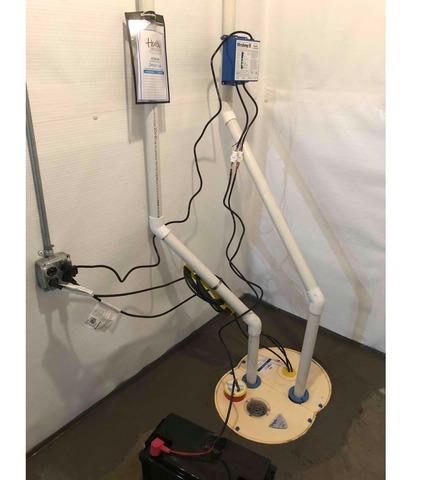 The TripleSafe sump pump is made for a basement, pumping out large amounts of water away from the home. 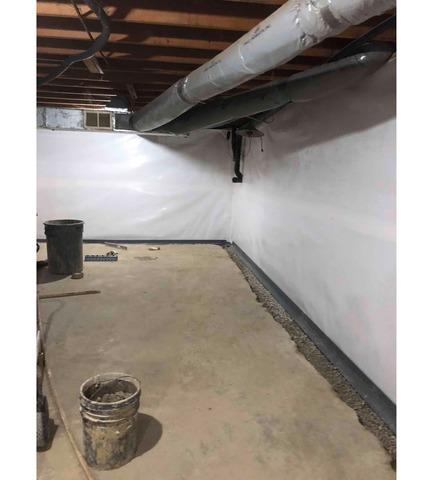 The WaterGuard system will direct water to the sump pump. Any water that comes through the crack of the walls, will trickle down towards the WaterGuard, preventing water puddles on the ground. 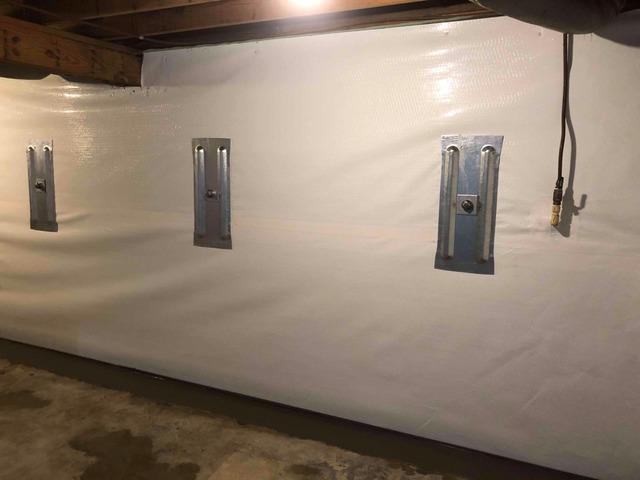 CleanSpace protects the space from water vapor while directing water to flow down towards the WaterGuard. The GeoLock system straightens the walls, preventing the foundation from future bowing.