An Evansville, IN family truck luck when the wife inherited a home. The only issue with the home was the basement, which had buckling walls. The buckling walls were causing water to leak into the basement whenever it rained, causing the homeowners to stress with the after clean-up. A part of the wall had stair-step cracking caused by the pressure from the soil and water outside the walls pushing into the wall and not being treated for so long. The inherited home started to feel like a burden and a blessing, but the homeowners were willing to change that!  There were two major issues with the home that needed to be resolved, such as the water leakage and the stabilization of the foundation. To first take care of the water leakage, CleanSpace is put on the walls to protect the vapor barrier. Next, the best solution for stabilizing the structure of the home was to install the PowerBrace system. The PowerBrace system permanently stabilizes the foundation and repairs the cracks that were once there. Once the basement walls were waterproofed and straightened for the homeowners, it was like a weight of worry had been lifted. 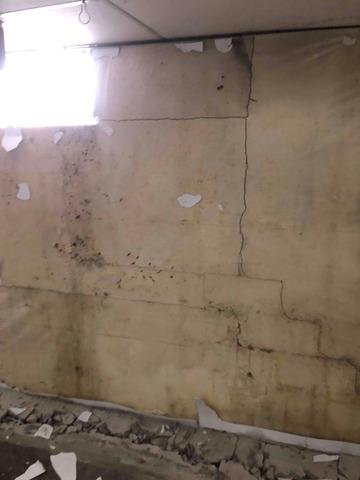 Stair-step cracking was relevant on the walls, which needed to be straightened. 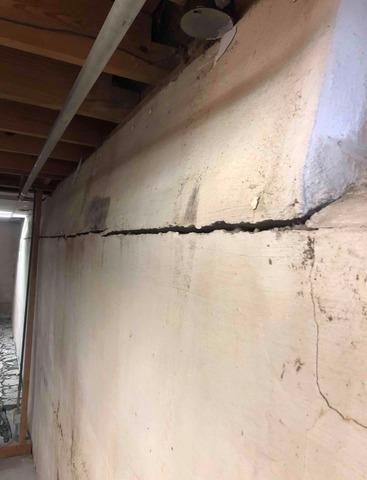 The wall was starting to bow and created a long crack on the foundation. This can make the floor above uneven. 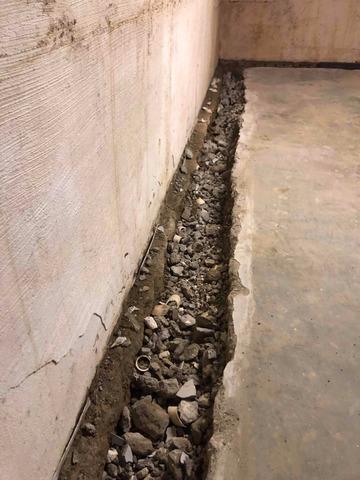 A trench is built for the WaterGuard system to go into. This will carry the water to the sump pump, then to be automatically disposed of and away from the home. 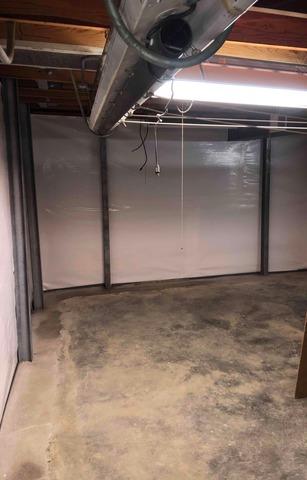 CleanSpace is sealed on the walls and the walls are now stabilized with the PowerBrace system. What a transformation!