These Vincennes, IN homeowners were dealing with an extremely frustrating basement moisture issue.  Ground water would leak in from the joint between the basement floor and the foundation wall, but nowhere else.  The water would coat that area and then a rust colored, crusty mineral shell would develop.  They scrubbed and scrubbed, but the mineral deposits kept coming back.  In addition to that, the water would run along one part of the basement floor and a crack had appeared.

Damon Cheatham with Healthy Spaces met with the homeowners to help them determine the best system to fix the problem.  Most traditional waterproofing systems, like french drains or "rock and sock" applications wouldn't capture the moisture.  Damon showed the homeowners an innovative system called DryTrax from Basement Systems.  IIt is a rigid and durable plastic material that directs moisture from the wall and floor joint to the sump pump system for removal.  The system is easy to install and would cover over the existing stained concrete and prevent future mineral build up.  He recommended a SuperSump sump pump system to remove the accumulated groundwater from the basement.  In addition, Damon recommended epoxy for the floor crack because epoxy actually bonds to the concrete and strengthens it, creating a structually sound repair.

"The entire project took 2 days to go from rust stains to finished work.  The mess was minimal and we felt an immediate difference," said the homeowners. 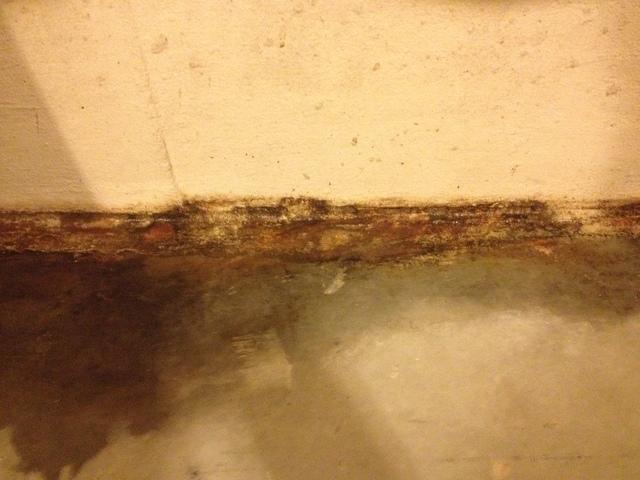 This sort of mineral deposit and discoloration is the result of groundwater leaking into the basement and evaporating. 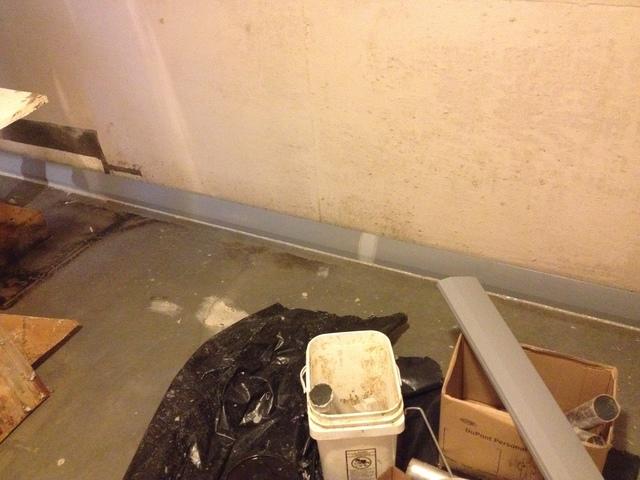 The best way to resolve this problem is to install Dry Trax. 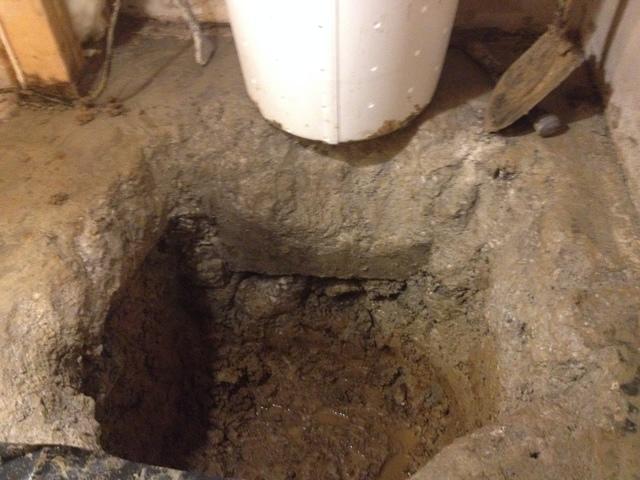 Here is the hole where the sump pump will be placed. 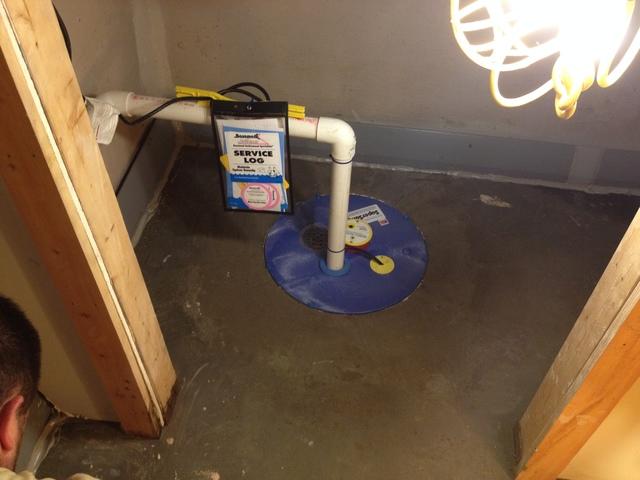 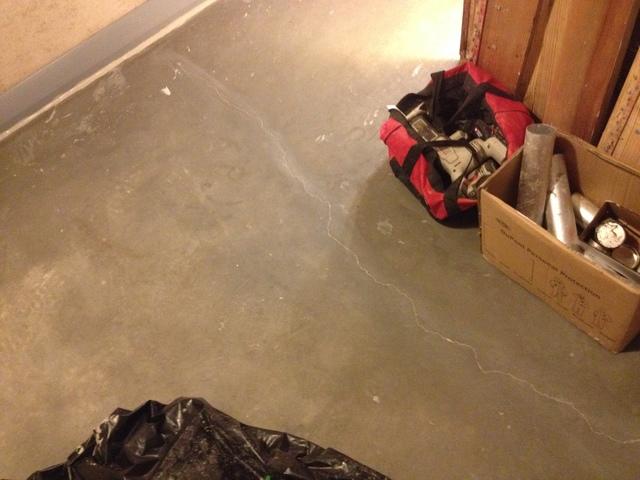 Here is the epoxied floor crack.

Article: What a Wet Basement Will Cost You
Back to Previous Page
Back to Case Studies