Basement Waterproofing Photo Album: A Dry Basement in Evansville, IN

The weather this time of year can be very unpredictable. Whether warm temperatures, snow, or rain, this homeowner made sure that their basement would no longer be affected by the weather outside. This homeowner in Evansville, IN and the Healthy Spaces team designed the perfect system to control the water coming in and a create a healthier environment for the entire family. 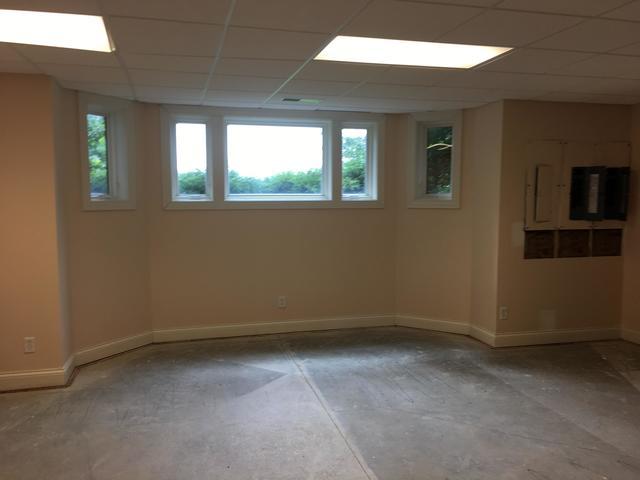 Before Work Began in Evansville, Indiana

This picture shows the home before WaterGuard was installed around the perimeter of basement. 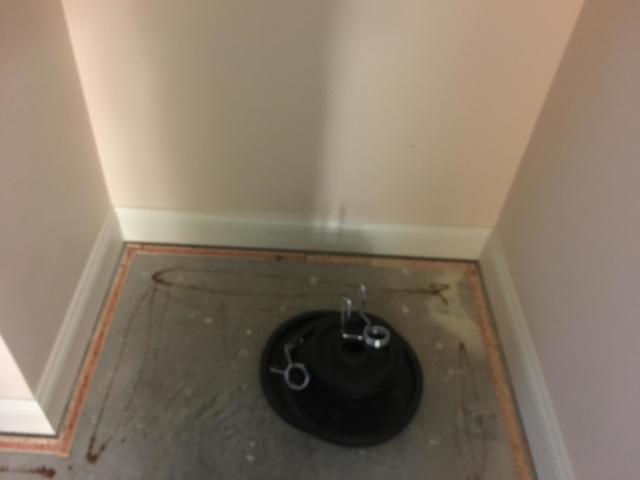 Previous Sump Pump in Evansville, IN

This picture show's the homeowner's previous sump pump before we installed a new one. 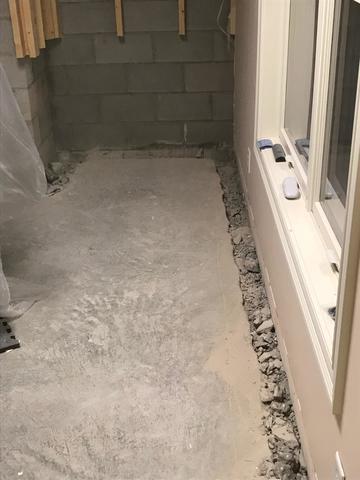 Perimeter is Cleared for Waterguard Installation in Evansville

In this photo and the next, you can see that the installation crew has already started the first step of the WaterGuard installation --chipped away the concrete floor around the perimeter of the basement. 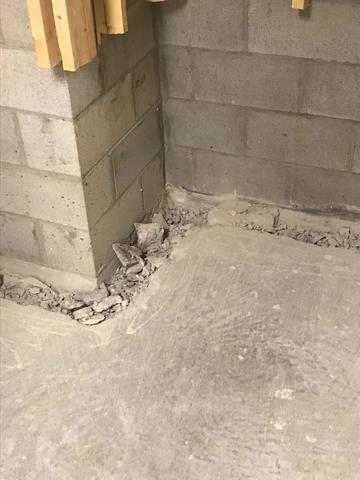 Preparation for Waterguard Installation in Evansville

You can see that the installation crew has already started the first step of the WaterGuard installation --chipped away the concrete floor around the perimeter of the basement. 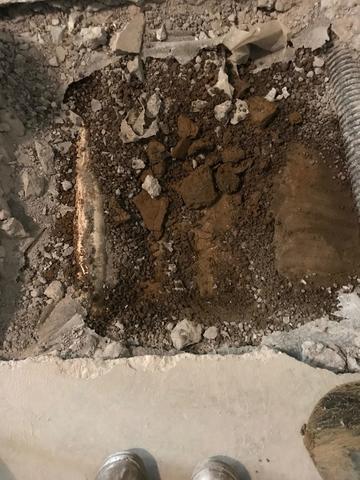 In this picture, you can see the area where the sump pump will be installed. The WaterGuard system will intercept water at the perimeter and direct it towards the TripleSafe and SuperSump, where it will then be directed to the drainage line and pumped out of the basement. 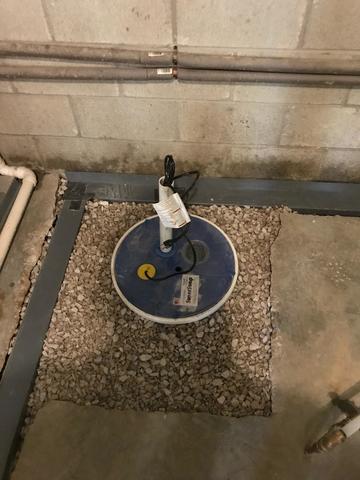 In this picture, you can see that the TripleSafe Sump Pump system has been installed. Something really important to note here is that besides the pump, there are other elements of a good sump pump system that are all very important. Our TripleSafe was installed with a sump liner, airtight sump lid, floor drain in sump lid, and an UltraSump battery back-up. All of these work together to protect it against pump failure, power outages, or large volumes of water. 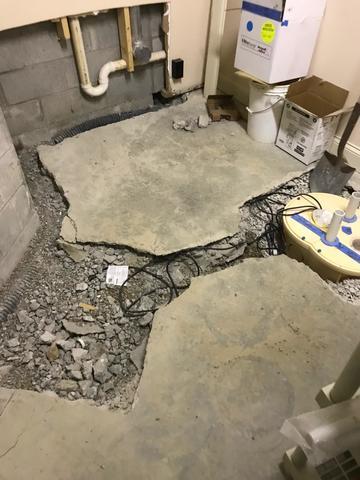 Waterguard Installation to the SuperSump

On top of installing a TripleSafe Sump Pump, this homeowner also decided to install an additional SuperSafe Sump Pump. The SuperSump® includes a powerful Zoeller® ⅓ horsepower cast-iron sump pump, capable of pumping 2,220 gallons of water per hour at an 8-foot head out of your basement. 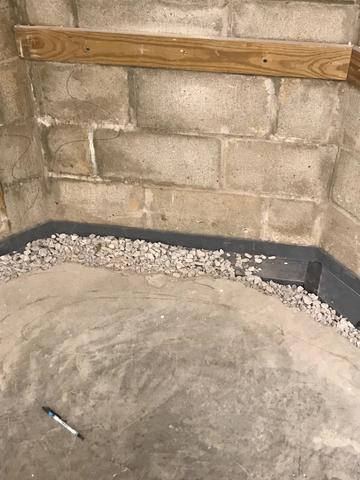 Waterguard Trench in Evansville, IN basement

In this photo, you can see the Waterguard drainage system has been placed into the excavated trench around this Evansville, IN home. The system will be covered with cement to make it practically invisible and easy to finish over with flooring! 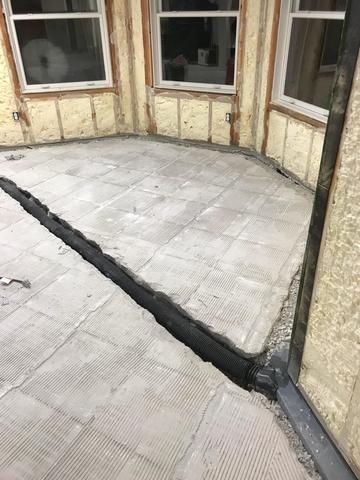 Lateral Lines for Water Intrusion in Evansville, IN Basement

In this photo, you can see that the installation of a lateral line is similar, but not exactly the same as installing a perimeter drain system. There is a trench dug out in the center of a slab, then a lateral line is added. We add a lateral line in cases where a large crack has become a concern. The drainage line runs from the crack to their sump pump system, redirecting the water before it can flood up onto their visible floor surface. 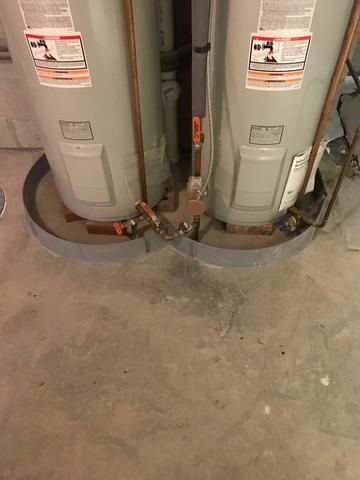 The FloodRing® is the answer for protecting your home from potential floods and leaks from a failing water heater. It's a 4-inch high PVC ring that is sealed to your basement floor around the water tank. 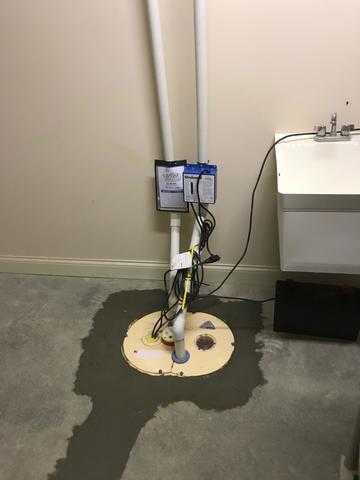 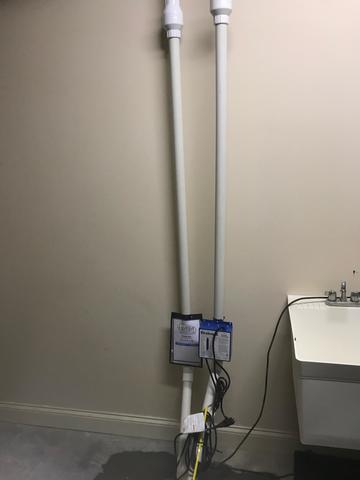 Discharge Line Exits Through Basement Into The Yard

The two white lines shown in picture are the discharge lines that will exit the basement, then once outside, connects to the drain in the yard, where the water will exit. 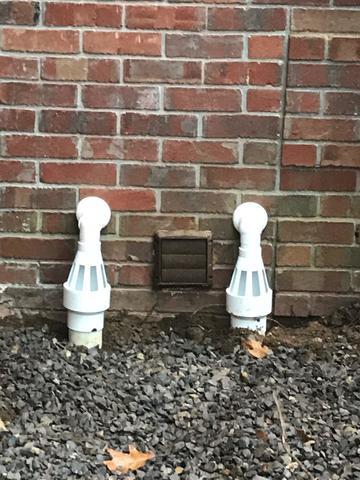 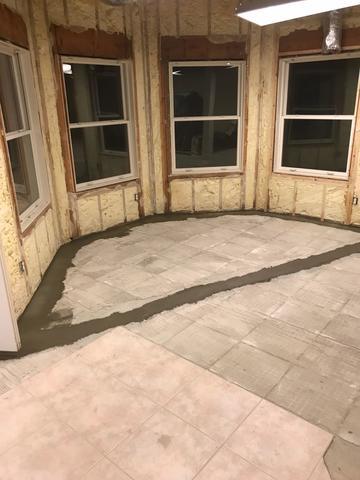 The Project Nears Completion in Evansville, IN

Cement is used to cover the previously exposed WaterGuard system and Lateral Line. Once it is dry, it will not be as obvious that the floor was excavated.