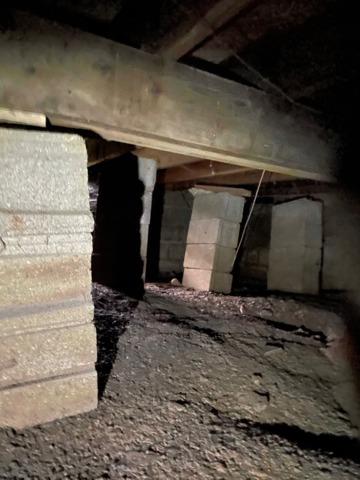 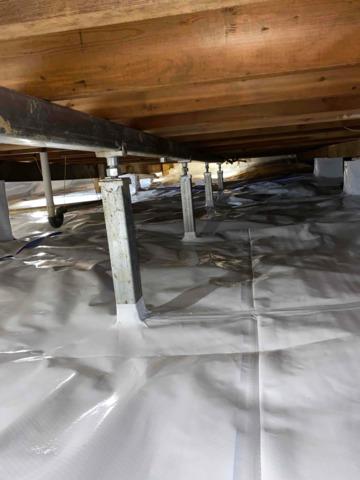 Contractor in Owensville, IN was working with the owner of a commercial building. After doing an inspection of the crawl space, he saw some major concerns that were outside his scope of work. He called Healthy Spaces to get set up for a free inspection, together they all devised a plan to ensure the crawl space problems were fixed permanently!

In the before photo, you can actually see where one of the concrete columns is leaning to the right. Additional problems we found, the crawl space jacks had no support, with mainly concrete blocks and pieces of wood "shimmied" in between the open gaps. Our foundation installers first needed to replace some of the damaged supplemental beam and joist repair before installing 8 SmartJacks in the crawl space. SmartJacks are used to permanently stabilize and level the girders and floor joists in a crawl space. They do not replace the existing columns and piers but add strength and stability to what is there.

If you'd like a permanent solution for your crawl space issues or any other foundation problem, we're ready to help you!