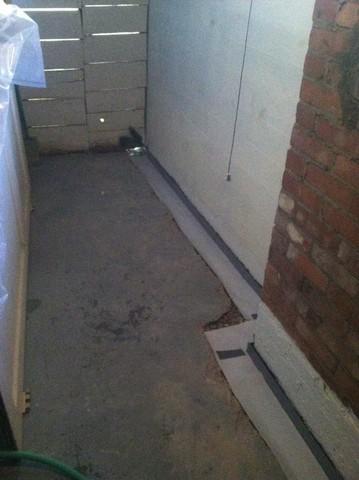 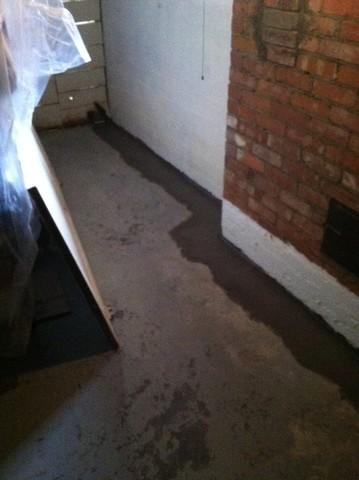 One of the most amazing things about the Waterguard perimeter drainage system is that it is only one component of a customizable waterproofing system and it is able to be installed in virtually every basement in Evansville!

Here, you can see how the Waterguard system has been laid in the prepared trench and it is curved around an existing brick portion in the basement. That brick is actually the fireplace and water was coming in to the trench around the fireplace even during installation! The Healthy Spaces installation crew has insured that the entire perimeter of the basement is now protected against future water intrusion and they were able to direct existing water into the system during installation to keep the basement dry while they worked!